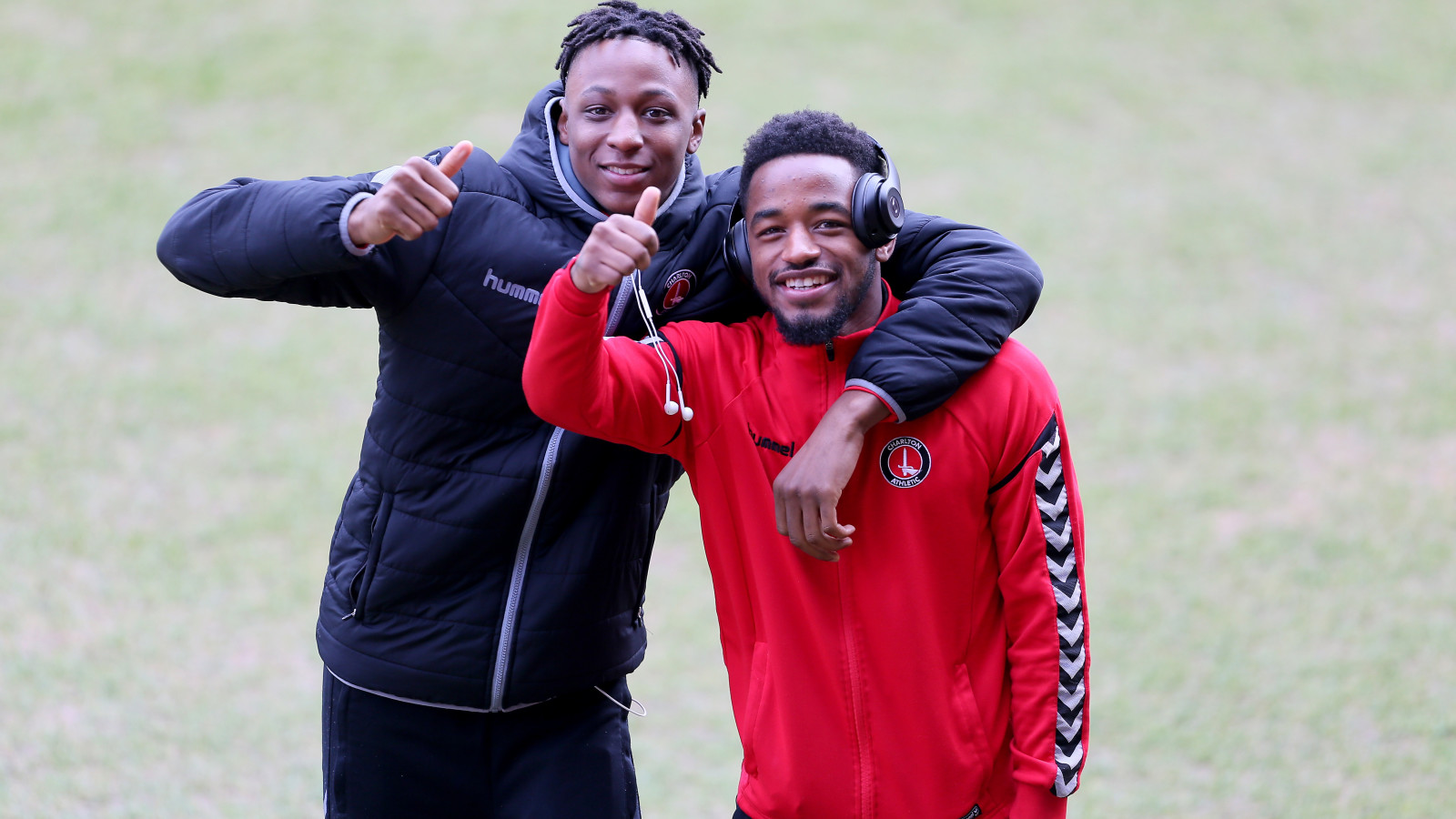 Karl Robinson sat down with the local media on Thursday morning to preview Charlton’s weekend clash against Shrewsbury Town.

It is Football For A Fiver on Saturday, meaning any ticket in the stadium is just £5. You can get your ticket here.

His full press conference is available to watch here on Valley Pass.

On if Tariqe is fit to start a match

“No, probably not. If you want him to play the next number of games, then no. You've got to be very careful.

“I’ve got to leave three players out of the squad on Saturday. Everyone’s getting back fit and there’s a buzz around the place.”

"It will happen, we know it will happen. But I haven't got a clue when. Richard (Murray) is coming today to watch training. I've had no conversation with anybody and no one has called me. I do not have a clue.

"All I know is we are playing well but timing wise on that, it's not my job. I don't get paid to worry about the boardroom, I just concentrate on the pitch."

On a midfield selection headache

“Jake, [Ahmed] Kashi and Joe covered 38km against MK Dons. It was an unbelievable distance covered by those three players - I’ve never seen that. I can see Joe playing further forward in his career. Jake and Kashi as a pair look unbelievable. They look unreal.

“But then it’s unfair because you’ve got this extremely talented young player that you need to find a position for. Otherwise the game will lose a talented individual. We've got to find a system that fits him in it.

“He won’t play every game, he may or may not play on Saturday - I’m not going to tell Hursty (Shrewsbury manager Paul Hurst) over the camera. But we've got to find a way of him to play. We’re really looking well at the moment. Joe’s causing me a headache but that’s a player’s job.”

“I went to watch Shrewsbury on Tuesday, what an unbelievable and honest team.

“They're very hard working and very well coached. There are very few flaws in their game. I know they rested one or two players, and they'll be back in for Saturday.

“We’re really excited by it. It’s one of the best managerial jobs of the year bar none. It’s incredible what he (Hurst) has achieved. We’ve got to be ready.”

“Weirdly, I have had some peculiar ends to the season. I missed out on a play-off campaign one year when we finished eighth. Then I've had a campaign where we got into the play-offs and one where we got automatic promotion.

"We had a year when we got to a particular stage where we used an academy system, we felt a rebuilding process was needed.

"Take away that year and we had four out of five years where we had a team in a competitive situation in the back stage of the season.”

It is Football For A Fiver on Saturday, meaning any ticket in the stadium is just £5. You can get your ticket here.

His full press conference is available here on Valley Pass.