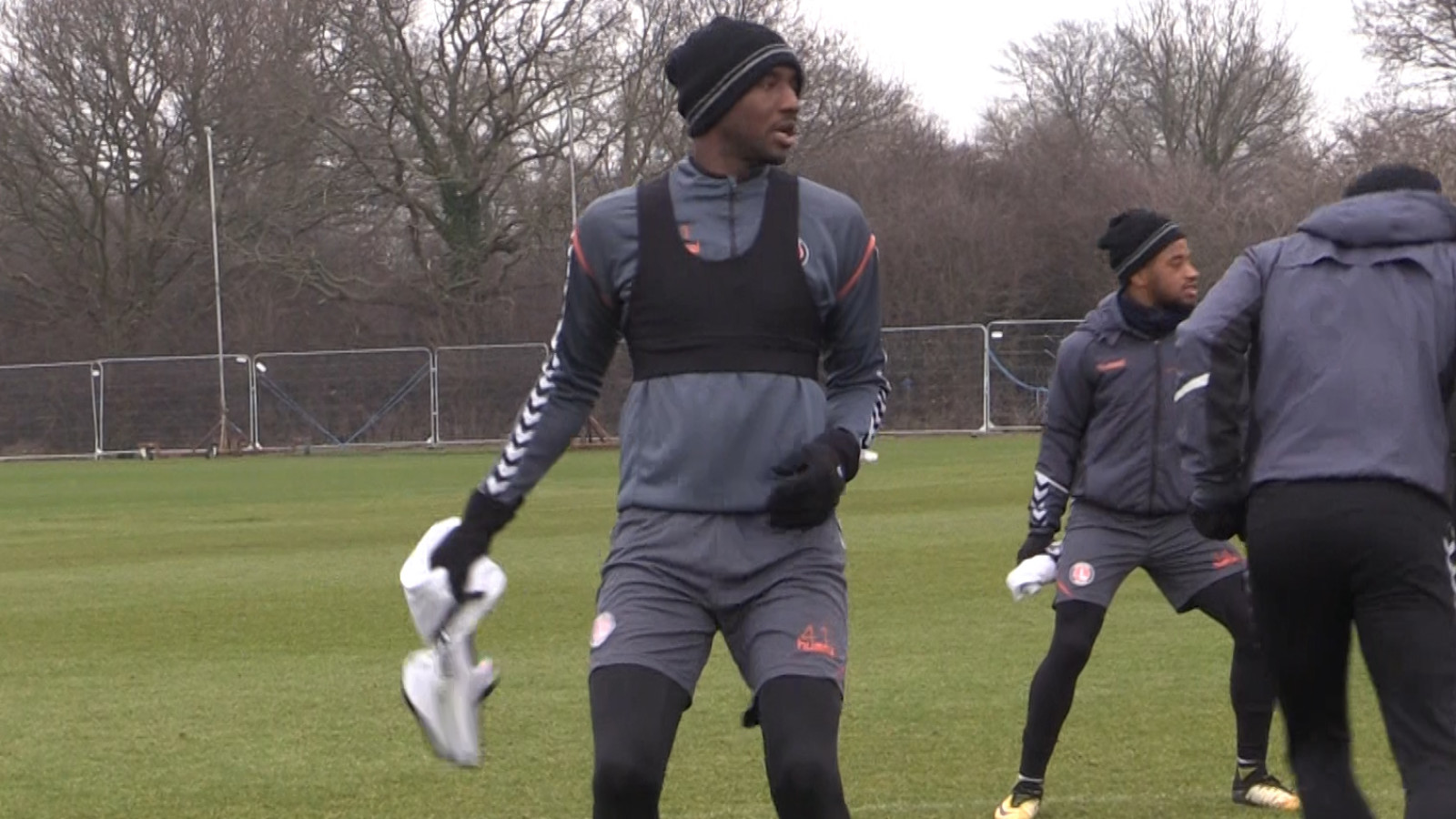 Former Addick Alou Diarra starred in this week's episode of Behind the Scenes at the Training Ground.

A few weeks ago, Karl Robinson invited him back the training ground to help improve his fitness and to pass on some of his experience to the Addicks' younger players.

And, ahead of Saturday's Football For A Fiver clash against Shrewsbury Town, Diarra is incredibly grateful to Robinson and says that he is delighted to be back.

"For me, it is great to come back to Charlton as there is a great story between me and the club," said Diarra. "The manager has allowed me to come in to training sessions and that is good for me and my fitness.

"My relationship with Charlton was always very close. Even though I went back to France, I was always still close to Charlton and I would look for the result of the Charlton first team. I still spoke with Chris Parkes, Jason Euell and some of the players too and I am very happy to be back here.

"My retirement is near, I know, but I want to enjoy my last few years in football. I hope that when I stop playing, I will manage a team. That is my dream."

Behind the Scenes at the Training Ground is a weekly feature on Valley Pass that enables fans to get up close to the Addicks' first-team squad during the week. To watch this week's episode, please click here.

The Manager hosted his weekly pre-match press conference with the local media on Thursday morning. Ahead of the match with big game against Shrewsbury, he discussed a potential selection headache, takeover rumour, team news and more.

Quick-fire highlights from the Saturday's match will be available to view from midnight - just hours after the full-time whistle - plus extended highlights will be released at midday on Sunday.