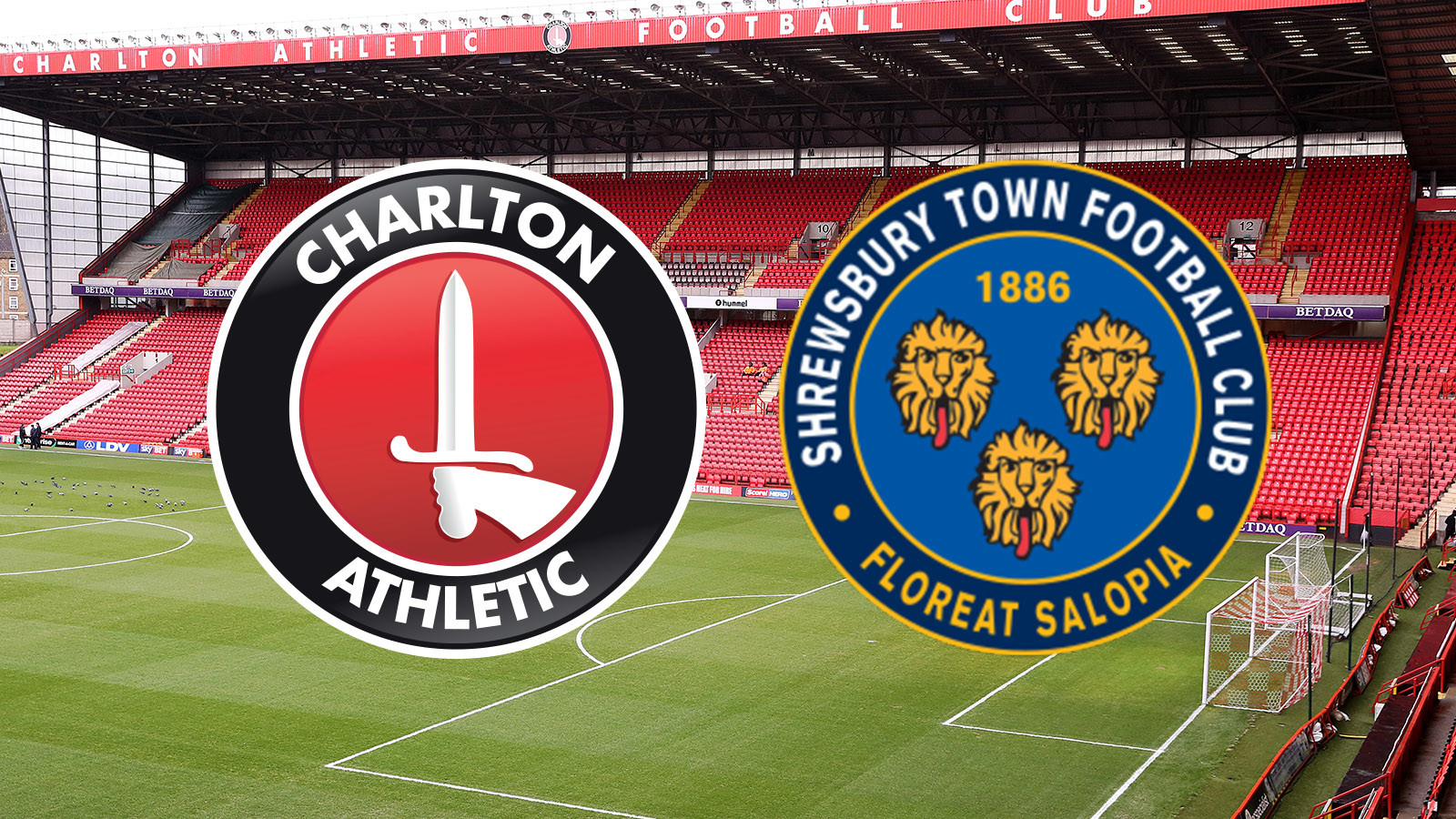 The Valley will host a promotion six pointer on Saturday afternoon when Charlton take on second-placed Shrewsbury Town (3pm).

The match, which sees the club's annual Football For A Fiver ticket scheme return to SE7, is a fantastic opportunity for Karl Robinson's men to cement their position in the Sky Bet League One play-off places.

The Addicks returned to the top six by beating Milton Keynes Dons last weekend and the Shrews, meanwhile, have not been out of the top six all season.

Paul Hurst's side earned a point against Gillingham in midweek but, in Charlton, they will come up against a team who have only lost one of their last seven matches.

Karl Robinson could welcome Tariqe Fosu back into his squad for Saturday's clash at The Valley. The winger missed last weekend's win at MK Dons with a hip problem.

Patrick Bauer is also likely to be in the squad, despite picking up a knock at Stadium MK. Naby Sarr and Lewis Page are both fit and available for selection but Billy Clarke and Stephy Mavididi remain sidelined. Dillon Phillips is out with concussion.

For Shrewsbury, full-back Max Lowe is a doubt with a hamstring injury. Jon Nolan, Bryn Morris and Arthur Gnahoua could all return for the Shrews after missing Tuesday's 1-1 draw with Gillingham.

Saturday will be the 20th meeting between Charlton and Shrewsbury. The Addicks have won on five occasions, while there have also been seven draws and seven wins for Salop.

Charlton recorded a 3-0 win against the Shrews in SE7 last season, with Ricky Holmes scoring twice and Johnnie Jackson once.

To watch highlights of that match on Valley Pass, please click here

Christopher Sarginson will take charge of Saturday's clash at The Valley.

So far this season, he has overseen 33 matches where he has brandished 109 yellow cards and five reds.

Sarginson officiated Charlton's opening-day victory over Bristol Rovers in SE7 where he sent off Lee Novak early on.

He will be supported by linesmen Paul Graham and Carl Fitch-Jackson and fourth official Charles Breakspear.

All tickets for Saturday's game are priced at just £5 each!

You can purchase yours online by clicking here

If you are purchasing from The Valley on the day of the game, please arrive in plenty of time in order to minimise queuing times.

Saturday's Family Activity Zone will be open as normal between 1.15pm and 2.30pm, giving youngsters the chance to warm up for the game by playing FIFA, pool and table tennis.

The FAZ's all-new outdoor football cage will also be making its debut and, as well as that, a brainstorming session will be taking place from 1pm that all members of the Young Reds are all welcome to attend.