Robinson: Charlton 'have a very valuable lesson to learn' from Shrewsbury defeat 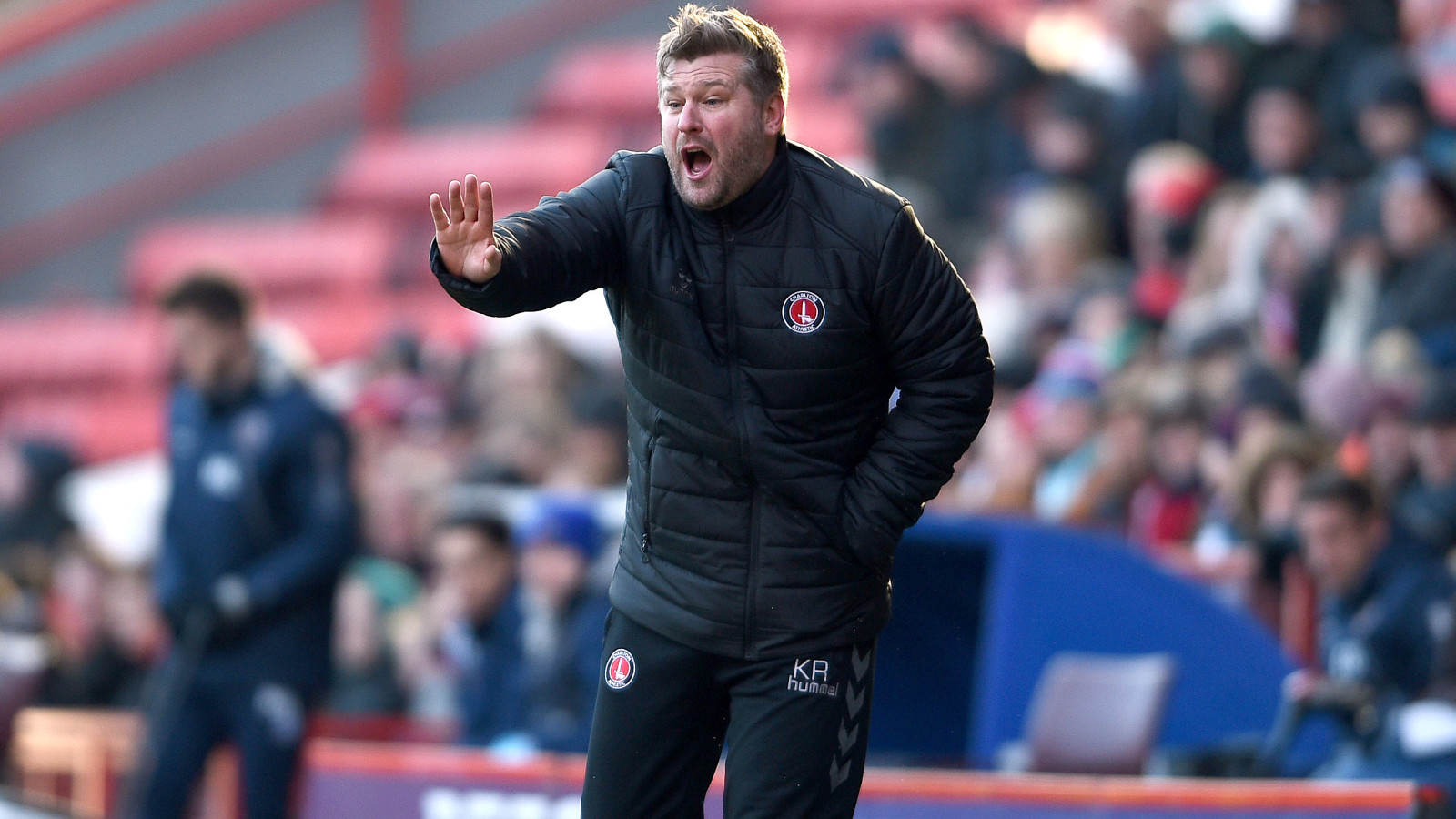 Karl Robinson says his Charlton squad "have a very valuable lesson to learn" from Saturday's defeat to Shrewsbury Town at The Valley.

The Addicks started brightly in SE7 and created two great chances inside the first 10 minutes before the second-placed Shrews settled into the game.

They won a first-half penalty, which goalkeeper Ben Amos saved, but second-half strikes from Alex Rodman and Omar Beckles earned the visitors all three points.

And afterwards Robinson felt that, after the early exchanges, his team played into the Shrews' hands.

"We weren't good enough. They were the better team and we didn't carry out our game-plan properly. We wanted to change our style, we wanted to be a little more direct to play in behind them with two higher players.

"We knew their midfield was dominant and they dominated us. We have got to learn that, when the game gets rough and tough, you can't always play football. Why, against a pressing team, would we want to take a free-kick short and play sideways and backwards?

"We encouraged them and it took me screaming in the first half for us to put a free-kick in the box.

"We didn't ask enough questions of them. We have got to learn a very valuable lesson from this game."

On Charlton needing to mix up their play…

"If you take their goals away I don't think there were too many more chances in the game. Their first goal was a wonder-goal. Obviously, they had the penalty but we probably had the best openings in the first half, but we didn't take them and we can't use that as an excuse.

"We got 'old schooled' today. They ran past us and they won every second ball. I've said to the players that we need to drop our egos because we are a good team and we want to play a certain way, but you can't do that all the time.

"We have to be able to mix our game up; to be direct and more aggressive in what we do if we want to have any chance of being successful."

On losing to a promotion rival at The Valley…

"We underperformed. We weren't at our best - you have to be honest about that - and in our forthcoming games we have to use this as a benchmark for being the lowest we can be.

"If we want to be in those play-offs, we can't perform at that level. We have to move forward and take the criticism tonight because we deserve it.

"That is part and parcel of being in this industry: you take the plaudits when you win and the criticism when you don't."

On the brawl towards the end of the match…

"What baffles me is how they can commit four or five bad fouls, going through the back of our players, but how we can end up with four players booked today. I don't know how that works because they got none.

"The melee was started by their player putting their knee in the back of Kashi's head as he stood over him. Five of their players then surrounded one of ours and we try to get involved, and then the whole thing kicked off. We're the only ones who got a player booked, which made no sense."

On Jason Pearce returning to the starting XI…

"That's the only positive to come out of today. How we started the first 10-15 minutes was how we were supposed to play the game. For some unknown reason, when they got the injury and made the early substitution that killed our momentum. We can't use that as an excuse, though. We weren't at our best - they were - and that's why they won."