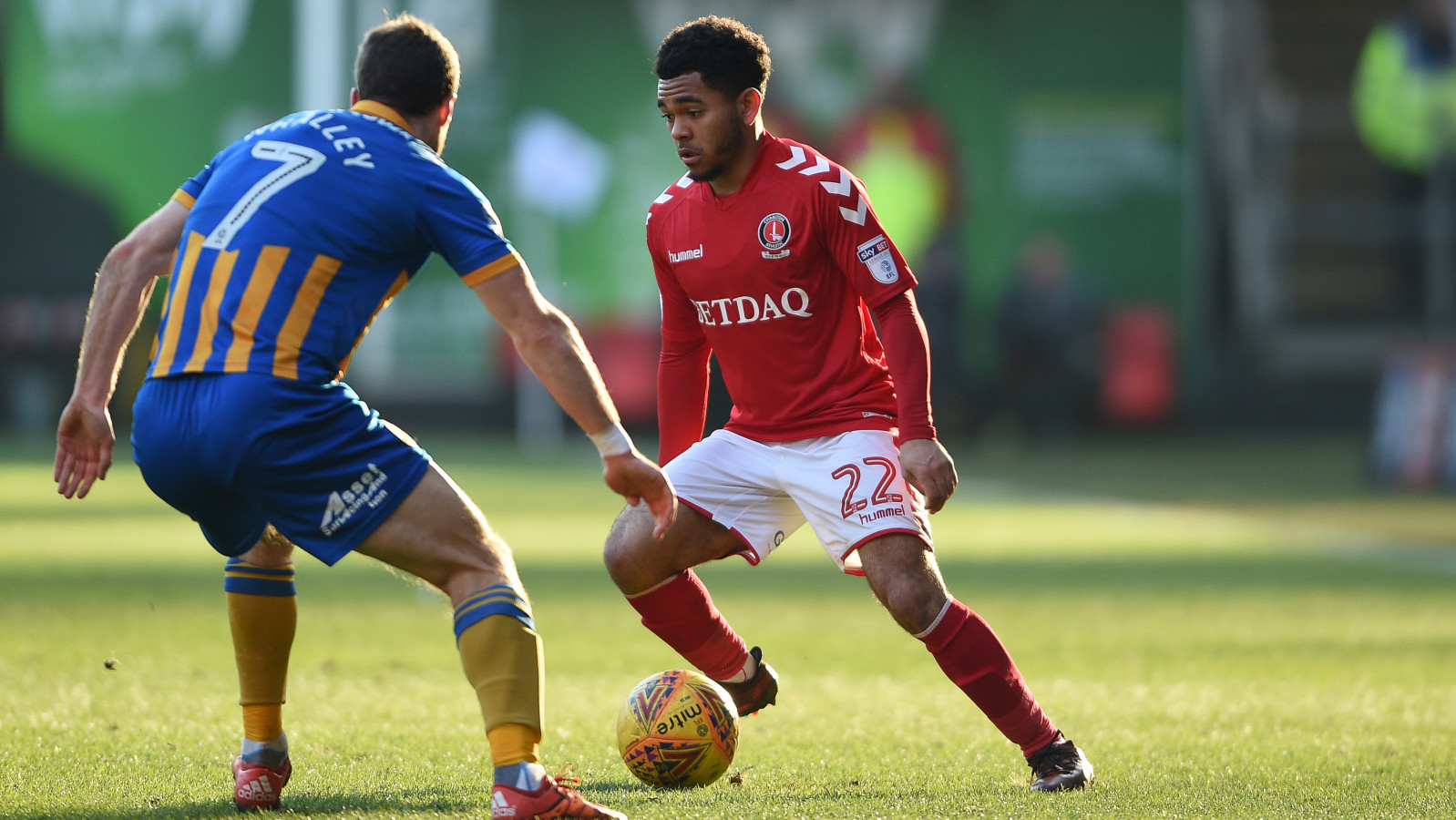 Despite an impressive first 15 minutes and a Ben Amos penalty save the Addicks were beaten 2-0 at The Valley by an efficient, hard-working Shrewsbury Town.

In front of the highest home crowd of the season (17,581) Charlton started the game with some wonderful up tempo football but after failing to capitalise the visitors took control and showed why they are second in Sky Bet League One with an incredible desire to be first to the football.

Alex Rodman curled Shrewsbury into the lead in the 52nd minute before Omar Beckles 67th minute header sealed three points for the Salop.

The loss drops the Addicks down to seventh but with two games in hand against a lot of the teams around them Charlton have their fate in their own hands.

Manager Karl Robinson made two changes to the side that beat MK Dons with Jason Pearce replacing Patrick Bauer at centre half and Mark Marshall taking the place of Ben Reeves on the right wing.

The Addicks came out firing, playing with a real pace and aggression that meant the visiting goalkeeper Dean Henderson had three saves to make in the first four minutes.

The first chance was the best of the three. Sullay Kaikai accelerated brilliantly away from two Shrewsbury midfielders and found Josh Magennis on the right wing. His driven cross came to Jake Forster-Caskey in plenty of space but the midfielder’s first-time effort was too close to Henderson.

The Addicks pressed again with Kaikai threading a ball through to the overlapping Jay Dasilva down the left wing. The full back found Joe Aribo and his dinked cross was met by the powerful head of Magennis, the Northern Ireland international was well denied by the legs of Henderson. The rebound found its way back to Aribo whose first-time effort was acrobatically palmed over by the busy goalkeeper.

The Addicks next chance was after more good work from Kaikai winning a free kick near the byline. Forster-Caskey’s floated cross was just over Pearce who couldn’t quite control his header.

Shrewsbury were given a 17th minute penalty when they countered after a Charlton appeal for handball was denied. Jon Nolan broke into the home side’s box and was adjudged to have been fouled by Ezri Konsa. Nolan took the penalty himself but Ben Amos saved from the spot for the second time this season and a bundled effort from the rebound went off the bar before being cleared by the home side.

While the penalty may have been against the run of play, the visitors then controlled much of the next 10 minutes making it difficult for Charlton to get out of their own half.

The rest of the half was fairly evenly contested in the midfield with a Dasilva shot from long range in the dying moments of the half the closest Charlton got after their high intensity start.

Shrewsbury had the first chance of the second half when a dangerous Shaun Whalley curled one just past the post from outside the area.

The visitors took a 52nd minute lead when Rodman curled a perfectly placed effort in off the post from outside the area.

Shrewsbury made it 2-0 in the 67th minute when Beckles headed home a corner from Whalley from the right.

The visitors kept the pressure up and had chances to add to their tally but twice pulled efforts wide from decent positions.

Tariqe Fosu, who had earlier replaced Marshall, came as close as the Addicks had been after half-time in the 82nd minute when his left footed effort from near 30 yards out just cleared Henederson crossbar.

Kashi then struck at Henderson in stoppage time but the keeper caught comfortably to ensure the visitors went home with the three points.