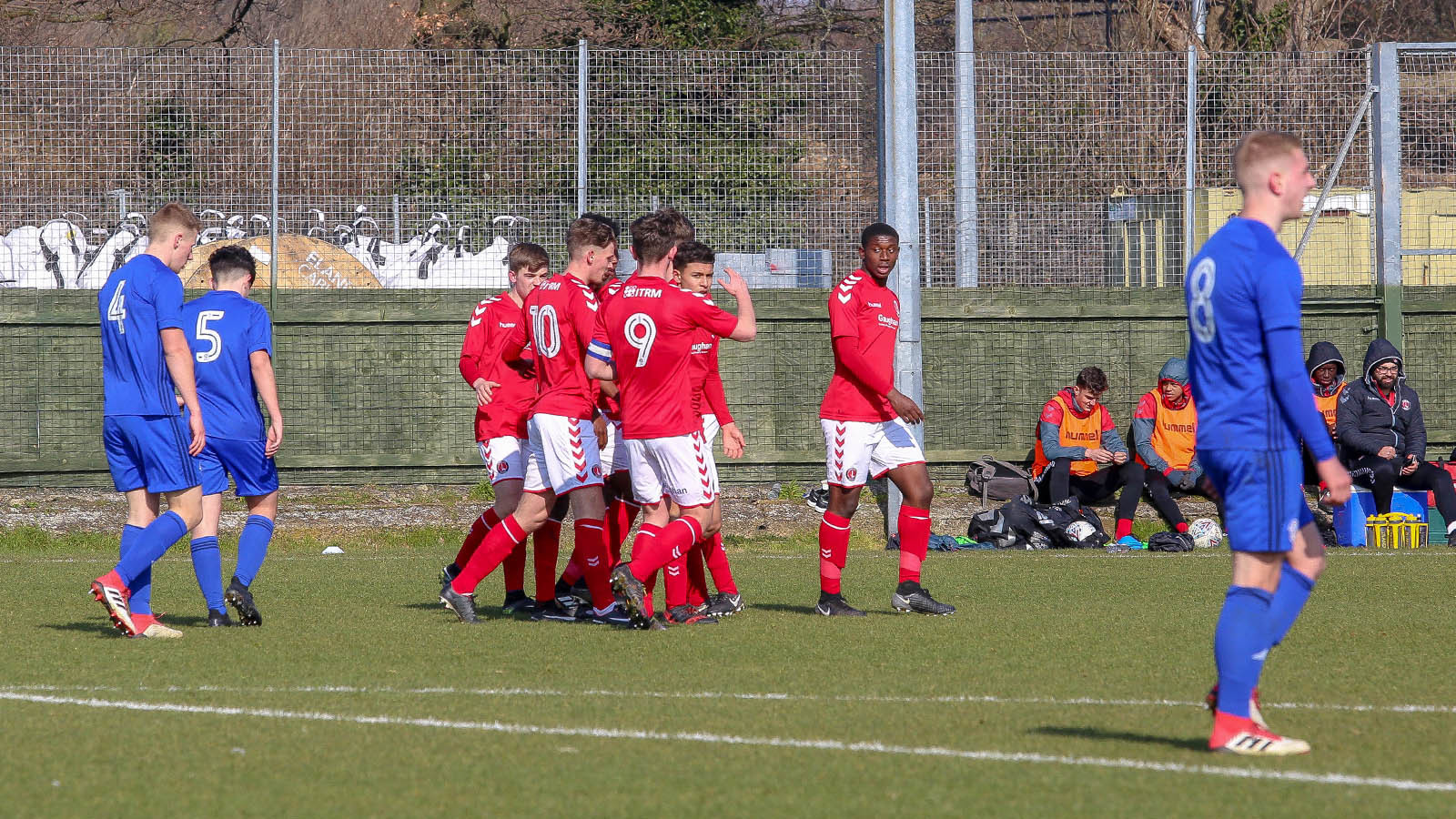 Jordan Zemura, England youth international Jeremy Sarmiento and Luke Carey put the Addicks into a commanding position, before the visitors pulled two back late on.

Sergei Baltacha and Hamza Serrar's side held on to win, though, and the victory lifts Charlton up to third in the league table.

The Addicks started brightly and broke the deadlock on eight minutes when Zemura stormed forward from his left-back berth and slotted home from inside the box.

Brendan Sarpong-Wiredu whizzed a strike over the crossbar from 25 yards and, midway through the first period, the Addicks midfielder dragged a volley a few yards wide.

Charlton made it 2-0 on the stroke of half-time. Sarmiento, who was away with England U16s last week, cut in from the right and drilled a powerful shot into the roof of the net.

Goalkeeper Joseph Osaghae made a good save from Isaak Davies, after the Bluebirds man had burst through one-on-one, at the start of the second half. At the other end, Zemura was denied his second goal when stopper George Ratcliffe extended himself to tip his free-kick around the post.

The Addicks got their third just after the hour mark. Striker Alex Willis released Carey and he sprinted forward on the right-hand side and fired a low shot into the net from a tight angle.

A neat volley from Laurence Wootton pulled one back for Cardiff on 72 minutes and Sarpong-Wiredu then missed the chance to restored Charlton's three-goal lead when he saw a penalty well saved by Ratcliffe.

Two minutes from time, the Bluebirds netted a spot-kick of their own through Sam Bowen to make it 3-2 but the Addick held on to win.