AWAY GUIDE | The ABAX Stadium 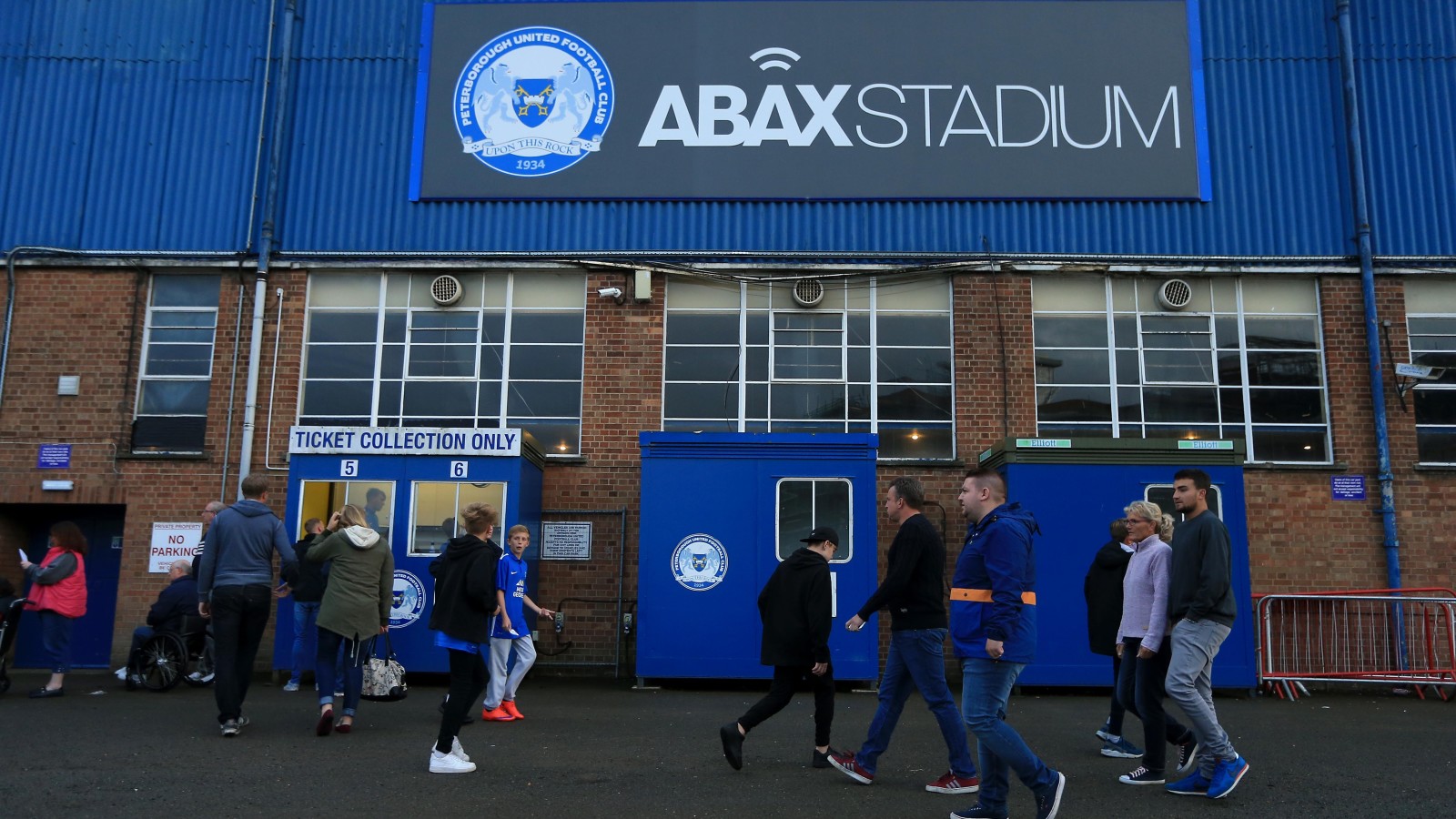 Heading to the ABAX Stadium on Saturday? Here's what to expect from an away day at Peterborough United...

776 Addicks had snapped up tickets by the time they went off sale on Thursday evening.

They will be on sale on the day from a ticket booth adjacent to the visitor's entrance, priced as follows:

Officially the ABAX Stadium, but traditionally London Road, much development has gone on over the past few years, most notably the former away end which was previously a large expanse of covered terrace, now a nice modern stand. So, naturally, visiting fans no longer inhabit this part of the stadium but are back in where we were first seated about 25 years ago in the main north stand.

Fair enough, if it ain't broke don't fix it and Posh's priorities certainly lay on upgrading other areas of the stadium, but this is an archetypally-designed seats with paddock below, seats subsequently added in the lower echelons as required.

In truth, the view is not too bad at all, save for a couple of supporting pillars, although the low roof did mean that the ball temporarily disappeared from view when Ahmed Kashi scored his wonder goal back in 2015 at London Road - it does make for a good atmosphere though.

Whilst the stand runs along the side of the pitch, some of the seats are behind the goal line, not dissimilar to Ipswich. The turnstiles are situated at the far end of the stand from the main road in the corner, not too bad a climb and it's likely to be take your pick in terms of view. The loos have seen better days and it is not so much a concourse as a room so it can get a bit cosy – again, not dissimilar to Ipswich.

As you approach the turnstiles, there is a burger van en route which offers a nice variety of fare, whilst the Colonel has a place over the road, on the assumption stocks have been replenished. While there are lots of places to eat in the city centre, inside the ground not only do they sell what you would usually expect, but apparently kebabs are available. Whether they give you too much salad that you end up spilling and overdo the chilli sauce if you are rude to them remains to be seen, but certainly a break from the norm. It is a dry stadium for away fans.

In terms of libation, if you are coming by train there does not appear to be a lot upon initial inspection but Peterborough is a nice place to have a drink an if you aim around Broadway, Cowgate and Westgate you should find something that floats your boat. The Sir Henry Royce, Reilly's, O'Neill's and Quinn's all show live sport, while the more discerning palate may wish to try The Brewery Tap, The Royal Drapers or the Railway Inn. Within the closer proximity of the ground, either walk away from the city centre and a couple of hundred yards down the road is The Peacock which is fine if busy at times.

Alternatively, if you walk towards the City Centre, just as you get to the Oundle Bridge over the River Nene, pop down the stairs and you will find Charters, which is a barge that has undergone a dramatic conversion. On the lower deck is a really nice pub with a good selection and friendly people, whilst the upper boasts a Chinese restaurant. So it's that age old Saturday dilemma - kebab or Chinese!

Not too bad a journey at all, roadworks and traffic permitting. The Post Code is PE2 8AL. Take the A1 north and exit at Junction 17, towards Peterborough and join the A1139, Fletton Parkway. At Junction 3, turn left onto the A1260 Nene Parkway. Turn right at the first roundabout, then left at the next onto Shrewsbury Avenue. You will then arrive at a T-junction, turn right onto the A605 Oundle Road, then keep going and the ground will soon become visible. There is no parking there, however facilities are available at nearby Fairmeadow and Railworld, or alternatively cross the bridge and aim towards the city centre where parking is plentiful.

If you are coming by train, there are lots from London Kings Cross that take around 45-50 minutes, whilst the Great Northern service from Moorgate takes a lot longer. It's one of those ones where you see the stadium from the train, go past it and the train just keeps going, but it does help you follow your nose upon arrival. It's about a 15 to 20-minute walk to the ground, turn right out of the station and aim for the main Bourges Boulevard. At the roundabout there is an underpass, aim towards Asda and pass this, then turn right at the next set of lights and there is the Oundle Bridge, just cross this and the ground is down on your left - basically following the railway line back will see you right. Plenty of trains on the way back too, hopefully, with advance fares still available, the slow ones are at 17.47 and 18.19.