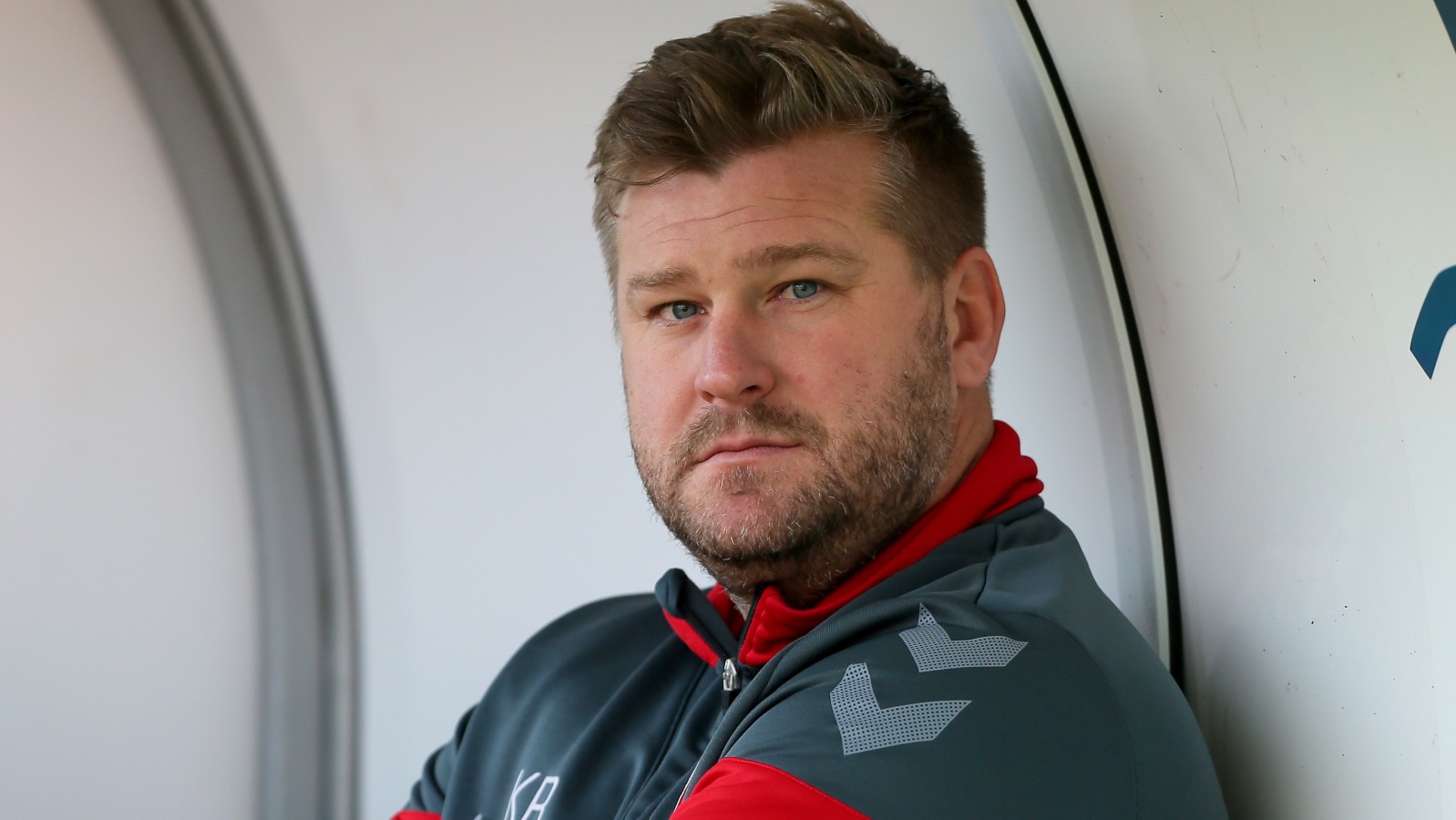 Charlton Manager Karl Robinson said his team have a point to prove after Saturday’s loss to Peterborough United.

A win in Tuesday night’s game away to Blackpool could take the Addicks back into the play-off spots and speaking ahead of the game he said his team feel they can travel to Bloomfield Road and take home a positive result.

“We know (Blackpool Manager) Gary Bowyer has got a very good team. He’ll have them well organised with some quality players, who have played in the Premier League, so it is going to be a difficult evening.”

The game was initially scheduled in January but was postponed after the referee Carl Boyeson deemed the pitch unplayable.

With more rain expected, Robinson is not predicting a pristine surface. He said: “Obviously the weather has played a part. The pitch will be heavy but we’ve got to overcome that. The pitch will be fine, the groundsman did a great job to try and get the game on last time. They work hard to try and make it as playable as possible.

"Whatever team that goes there is going is going to have that same problem. Blackpool are a footballing team so it will affect them as much as it will affect us but it is what it is. We’re going to have to go there with the right mentality. The team has been picked, the players are ready, we go up there on Tuesday morning and hopefully will make inroads into the points tally we need to accumulate.”

Robinson confirmed Sullay Kaikai won’t travel after picking up a toe injury but said he could be available for selection either this weekend against Fleetwood Town or next weekend against Plymouth Argyle.

After a decent cameo appearance from Michal Zyro on Saturday, Robinson is hoping for more from the same, but didn’t reveal whether or not the Wolves loanee would be starting. The manager also praised fellow-substitute Ben Reeves, who put in the wonderfully whipped cross for Zyro’s 74th-minute goal.

Robinson said: “Michal will hopefully make a bigger impact on Tuesday night but not just him, Ben Reeves came on and made an impact. They both came on made an impact to the game but equally I thought the likes of Tariqe had a good game and showed glimpses of quality. The boys in midfield did very well, we all know Jacko, he gives everything, he always does. As a group we feel we can go to Blackpool and add a positive result.”

Not traveling to Blackpool on Tuesday night? Supporters can listen to every kick from Bloomfield Road on Valley Pass.

Valley Pass is the only place to listen to live audio commentary of every first-team match of the season and 48-hour matchday passes are available to purchase for just £4.