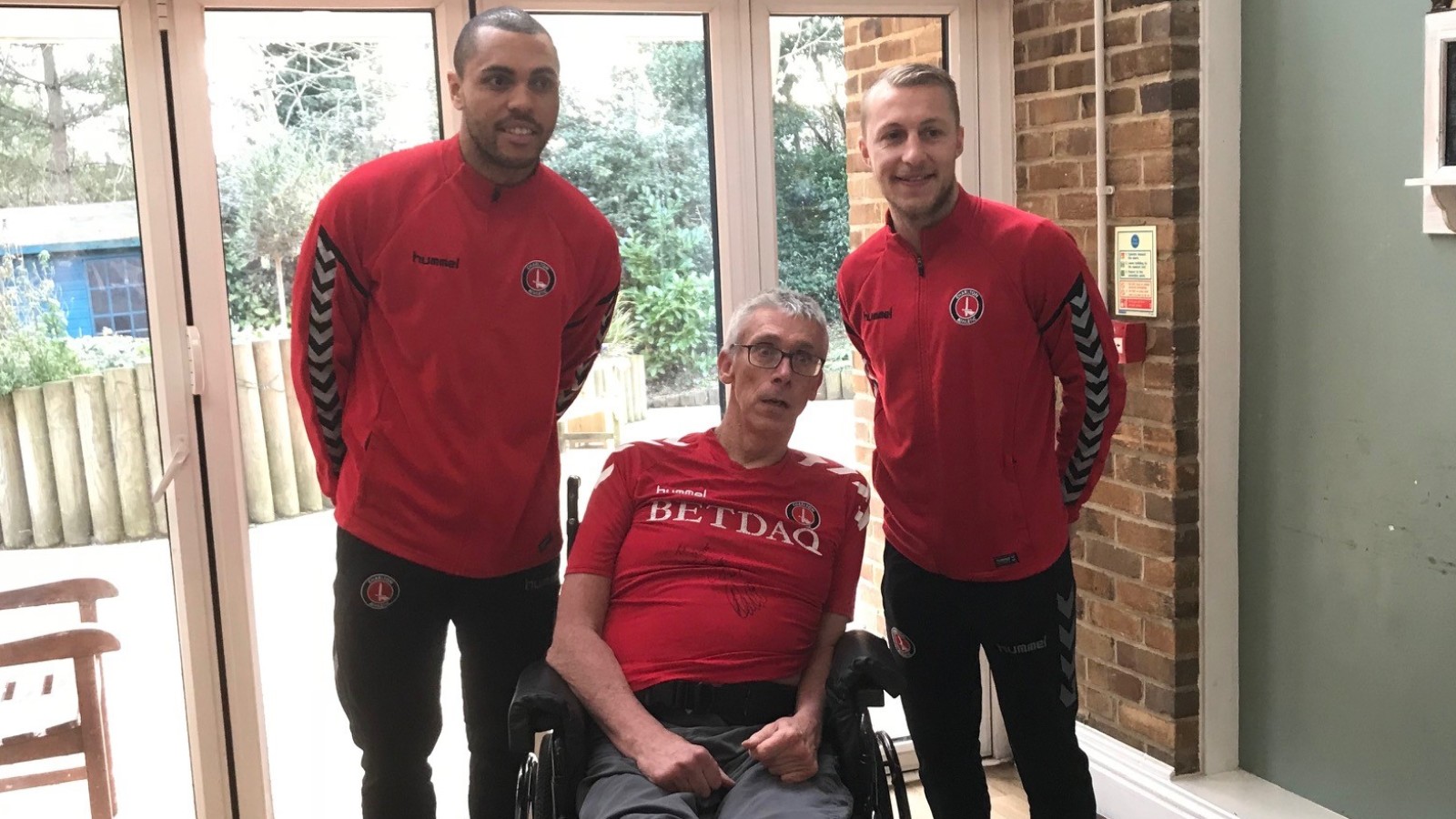 Sixty-three-year-old Steve has been a Charlton fan since 1967 and is still a season-ticket holder at The Valley to this day.

A former marathon runner, Steve was diagnosed with Huntington's disease 10 years ago and is now being looked after by his family and the fantastic support workers in the Mill Stream House Residential Care Home.

Huntington's disease is an inherited condition that damages certain nerve cells in the brain. This brain damage gets progressively worse over time and can affect movement, cognition (perception, awareness, thinking, judgement) and behaviour.

Despite this, and now struggling to speak and move, Steve is still is a regular at The Valley and his room at Mill Stream House is covered in Addicks memorabilia. A few weeks ago, he got a surprise visit from Charlton captain Chris Solly and striker Josh Magennis.

Player Liaison Officer, Tracey Leaburn, explained how the visit came about: "Steve's support worker, Paul, reached out and thought it would be amazing for Steve, due to his condition deteriorating, if we could have a visit from two of our players.

"Seeing the smile on Steve's face makes everything that the players and the club does really worthwhile."

Magennis said: "To be able to meet Steve who is a massive fan and a great person, someone who's life has been affected drastically through the condition that he has, was fantastic.

"You've got people like Steve who are coming from this far out (Rochester) with the condition that he has, but are coming out of their way to support us. It is massive for us, it shows that you've got proper support from the fans and it's absolutely fantastic."

Solly added: "Just to see his face when we walked in was unbelievable. If we can make him feel happier and he can have a good day today, then it means the world to us as well."