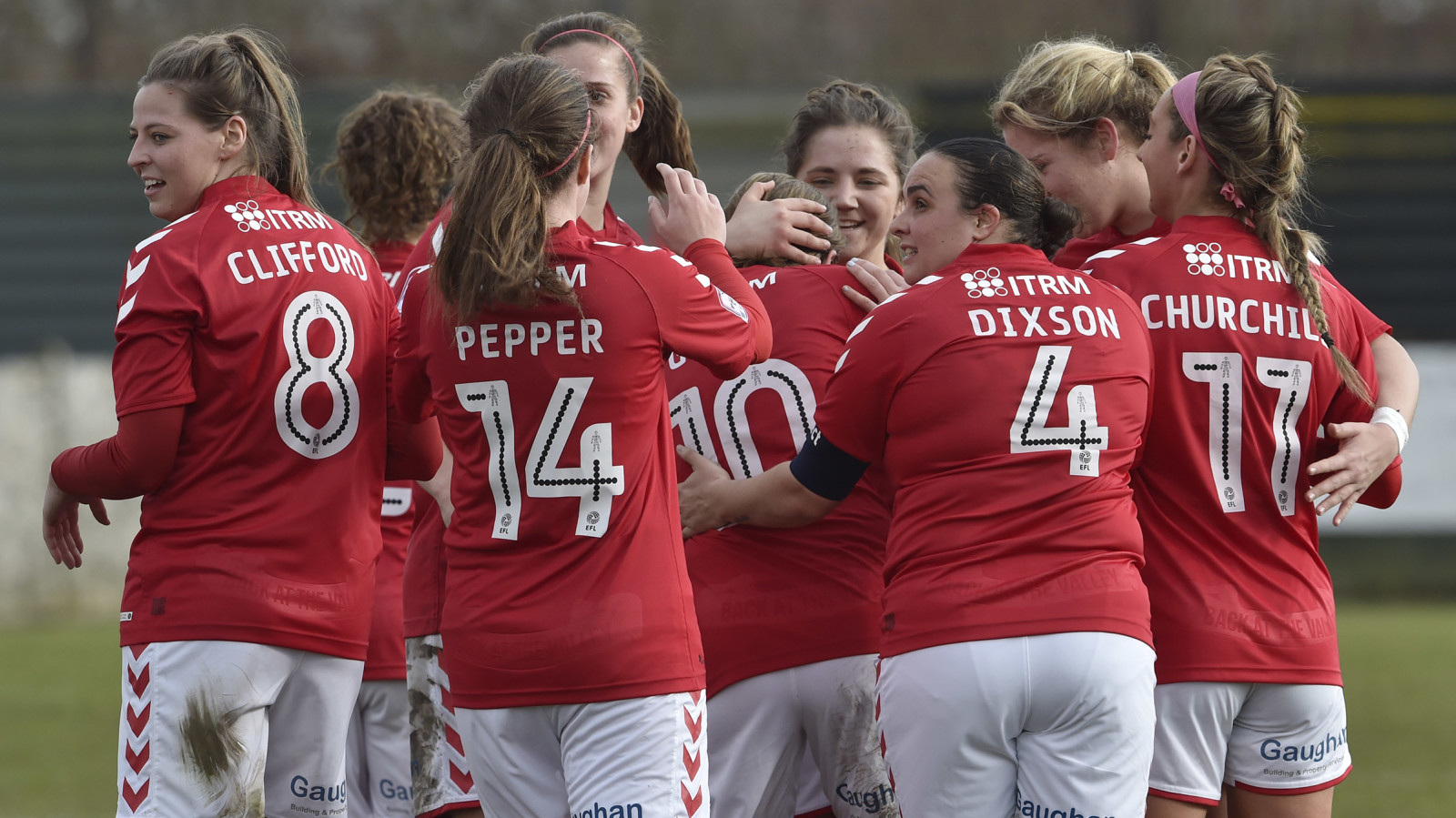 The Charlton women's team moved back to the top of FA Women's Premier League (FAWPL) South by recording an emphatic 5-1 victory against Cardiff City on Sunday afternoon.

A Charlotte Gurr hat-trick and Kit Graham double secured the win for the Addicks as they snatched top spot away from close rivals Crystal Palace.

The duo linked up superbly throughout the game, with a quick one-two in the first minute leading to a Charlton chance that was saved well by Cardiff keeper Estelle Randall.

Graham made a lively start and, in the 15th minute, won the ball on the halfway line and orchestrated a Charlton counter attack, which saw Randall pull off another decent save.

Graham's persistence paid off on the 16th minute when a fantastic through ball from Gurr allowed her strike partner to fire home into the far corner to give the Addicks the lead.

Charlton doubled that advantage just four minutes later when the roles were reversed. Graham played a neat ball into the path of Gurr, who clinically slotted past Randall.

Cardiff then came out of their shell and were denied a fantastic chance by a last-ditch tackle from Grace Coombs. Minutes later, Katie Startup was called into action again when she made a superb low save to her right to keep the score at 2-0.

Two minutes later, Cardiff were awarded a penalty as Cori Williams was brought down in the area. Williams picked herself up and converted the spot-kick.

Charlton were not fazed by the visitors' goal and, straight from kick-off, they earned themselves a free-kick 25 yards from goal. Gurr stepped up and hit an unstoppable strike, which flew into the top right-hand corner to restore the Addicks' two-goal lead.

Charlton continued to dominate possession for the rest of the first half and on 41 minutes Gurr found Graham, who used her strength to shrug off the Cardiff defenders in the box and convert her shot to make it 4-1.

After the break, Gurr completed her hat-trick when Graham skilfully turned two Cardiff defenders and unselfishly crossed the ball into her to score.