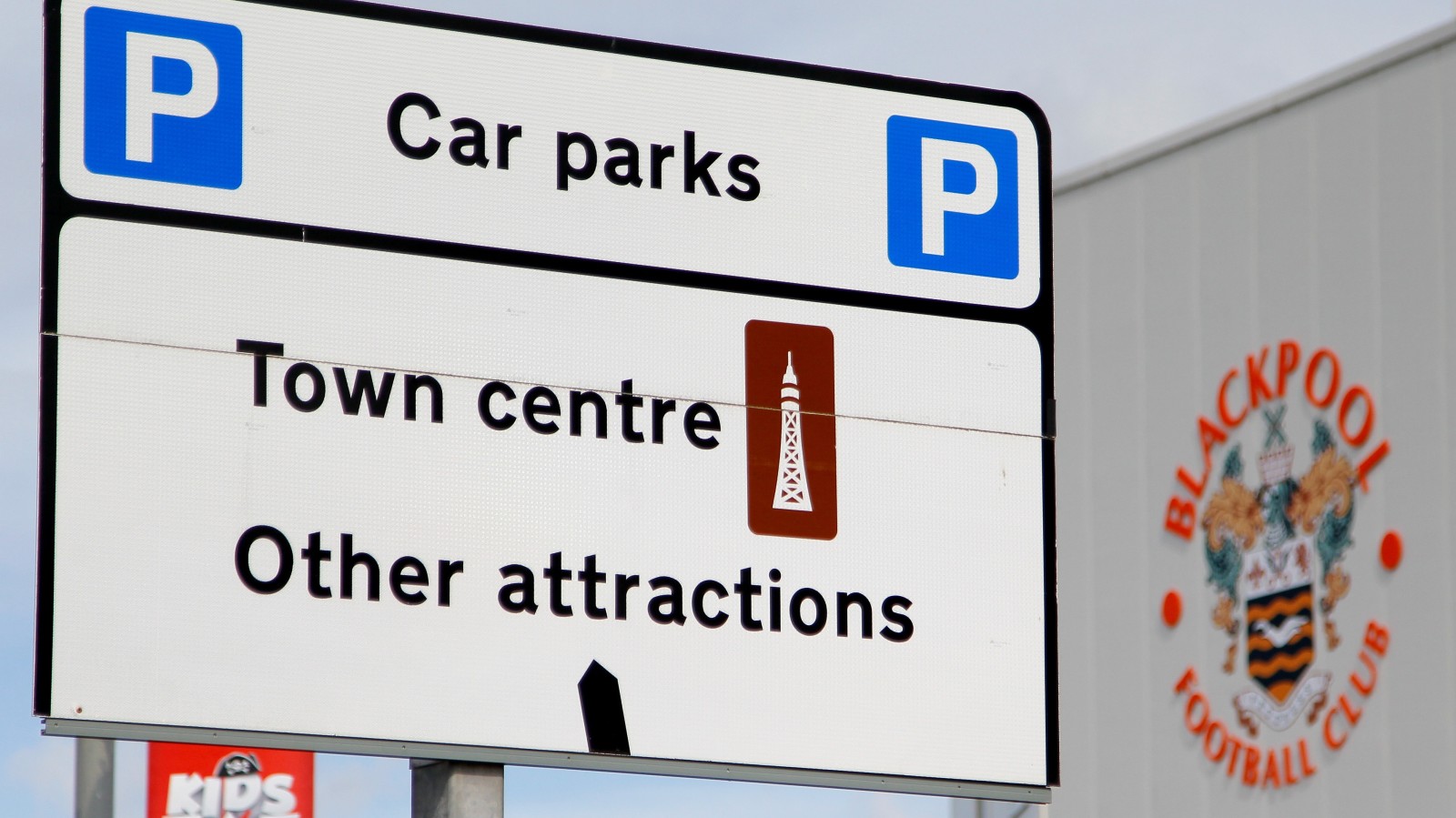 Tickets will be available on the night priced:

Visiting supporters are now house behind the goal in The Mortensen Stand. View being the operative word as our previous accommodation in the East Stand along the side of the pitch found you having an obscured sight of the action unless in the front row, although there was enough space between the poles to see a rather special Chris Solly goal a few years ago. Now it seems totally unimpeded, albeit a little distant from the pitch with entrance at ground level and not too steep a climb. Despite the improved shelter, the wind chill factor from the nearby Irish Sea, despite it being March and not January, does get quite high.

Basic football food is available inside the stadium, but Blackpool is a veritable cornucopia of culinary delights, chippies aplenty for some strange reason, along with cafes, restaurants and pubs that do a decent bite to eat. It may be that the whole caboodle may not be open given the time of year but you'll still be spoilt for choice. Fish and chips really should be done, plenty along the seafront.

Pubs. Again, quite a few to choose from. Near the ground, Lytham Road has plenty to offer, The Old Bridge having become the predominantly away pub. Nearby, The Albert is fine, ditto The Excelsior. Meanwhile, The Ardwick provides huge value for money. Slightly further afield, there are a couple of cheap social clubs, whilst if you are staying over and fancy something lively then The Flagship or The Tower could be an option. All of the chains are about, while just over the road from North station is the legendary Ma Kelly's - truly entertaining no matter what time of day or night.

Obviously, no trains back, South station is the closest to the ground, though trains from North are more frequent. Beware there is still a mess between Blackpool and Preston, however. On the road, Bloomfield Road's Post Code is FY1 6JJ. Join the M6 wherever you wish, bearing in mind the permanently congested Haydock is involved and leave at Junction 32, taking the M55 towards Blackpool.

Not heading to Blackpool on Tuesday? Supporters can listen to every kick of the action on Valley Pass. 48-hour matchday passes are available for just £4 and you can sign up to Valley Pass by clicking here