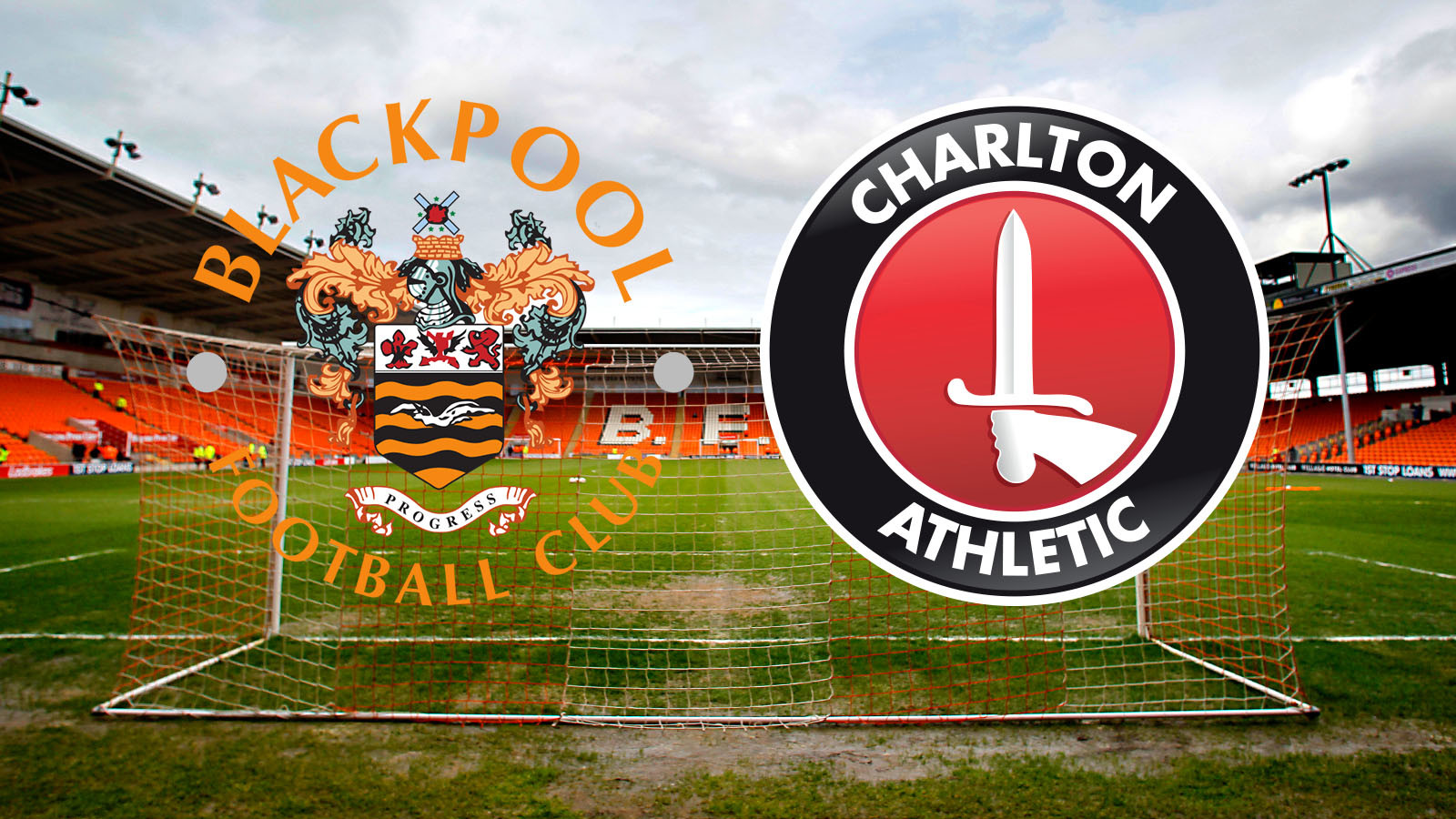 Charlton return to Bloomfield Road on Tuesday night to take on Blackpool, having seen the originally-scheduled match postponed in January due to a waterlogged pitch.

The first game was called off just 45 minutes before kick-off and Karl Robinson's men will be determined to make the most of their second trip to the home of the Seasiders.

The Addicks were beaten at Peterborough United on Saturday, giving them extra incentive to record a midweek three points, while a win could also propel them back into the Sky Bet League One player-off places.

Blackpool, meanwhile, were beaten 3-0 at Blackburn Rovers at the weekend and currently sit four points above the relegation zone.

Charlton will be without Sullay Kaikai after he picked up a toe injury at Peterborough United on Saturday. Dillon Phillips remains a doubt with an ankle injury and Stephy Mavididi, Jay Dasilva and Billy Clarke are also still sidelined.

For Blackpool, Jay Spearing is a doubt with a hamstring injury. Kelvin Mellor is out with an ankle problem.

Charlton and Blackpool have met 61 times in the past, with the Addicks coming out on top on 18 occasions. There have also been 15 draws and 28 wins for the Seasiders.

The last time the two sides faced one another at Bloomfield Road came in March 2015. The Addicks ran out comfortable 3-0 winners and supporters can watch highlights from the match on Valley Pass.

So far this season, he has overseen 30 matches where he had brandished 11 yellow cards and five reds.

Kettle was the man in the middle for the Addicks' 2-0 victory at Rotherham United in August. You can watch extended highlights of that match on Valley Pass by clicking here.

Kettle will be supported by linesmen Graeme Fyvie and Duncan Street and fourth official Joe Simpson.

Tickets will be on sale from Bloomfield Road and they are priced at: