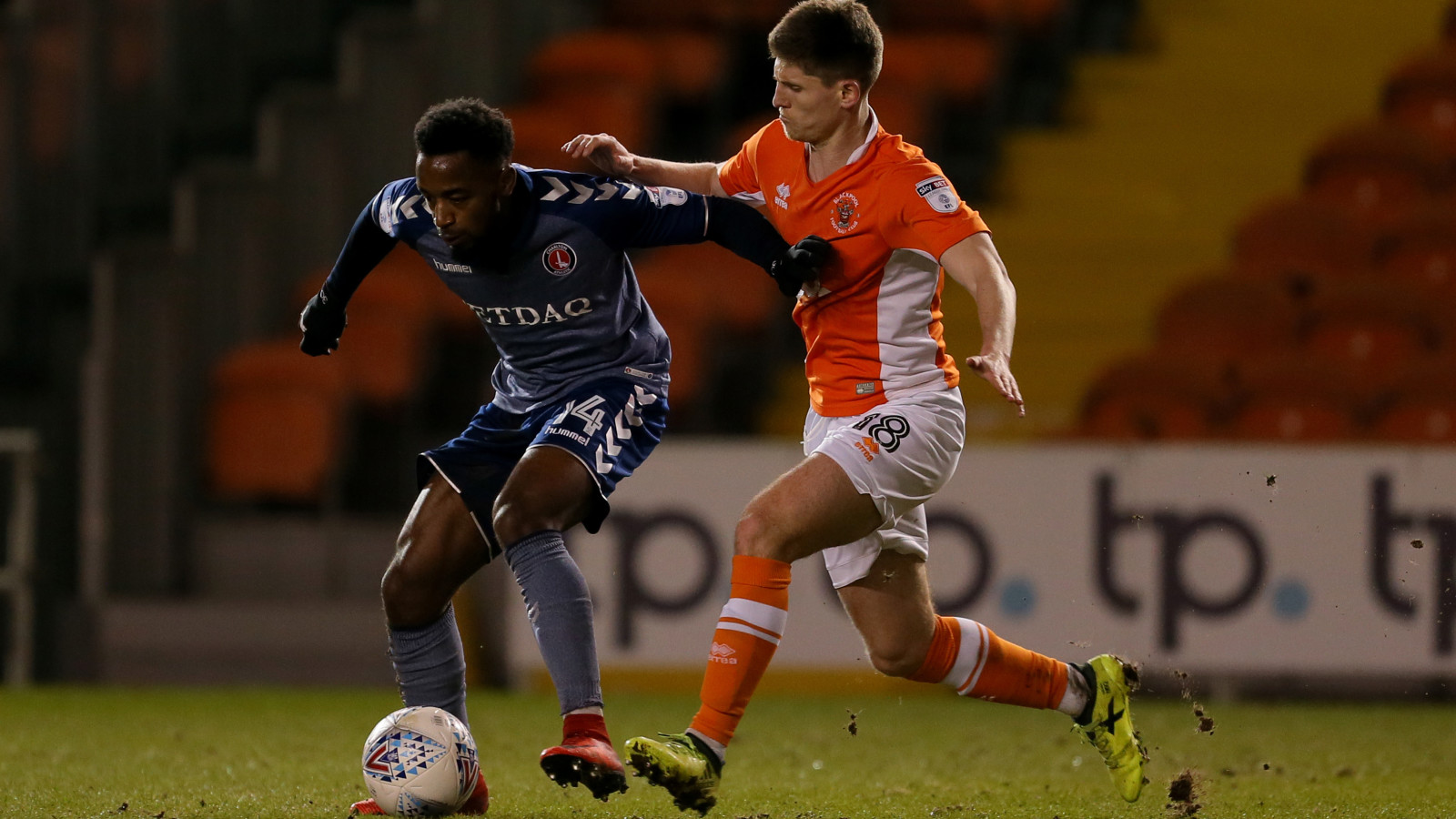 Charlton fell to a 1-0 defeat at the hands of Blackpool on a hugely frustrating evening at Bloomfield Road on Tuesday evening.

A game of very little action will be remembered more for the numerous injuries and stoppages than for the action on show and it was Jimmy Ryan’s injury-time winner which made the difference in Lancashire.

Karl Robinson rang the changes following the weekend’s defeat at Peterborough United. Michal Zyro’s goal at Peterborough earned him a starting berth, while Lewis Page made his long-awaited return to the side following a nightmare injury spell one day short of a year since his last first team appearance.

After a very slow opening 15 minutes, it was the Addicks who had the first sight of goal via Reeves when Ezri Konsa showed great tenacity to keep the ball in play leading to a Josh Magennis cross which eventually found its way to the midfielder whose placed shot was kept out by Joe Lumley.

A nasty clash of heads between Page and Nathan Delfouneso 18 minutes in resulted in a lengthy stoppage which resulted in the pair’s evening coming to an end.

Although the Addicks left-back was on his feet, he was forced off with a suspected concussion, replaced by Sarr, while there was much greater concern for the Blackpool winger, who remained on the deck for eight minutes before being stretchered off in a neck brace.

With the action back underway, Ben Amos did not have anything to do until the 35th minute when he made a superb save to tip sub Dann Philliskirk’s vicious effort over the bar, while Curtis Tilt sent a deflected header dipping just over from the resulting corner.

Blackpool began to enjoy the better of things as the half wore on with Kyle Vassell dragging a good opportunity wide before a mammoth 12 minutes of injury time was added to the first 45.

Charlton came close through Zyro in the third minute of injury time when his close-range header was caught by Lumley and Jake Forster-Caskey came inches away when he showed fantastic technique to take down the ball and arrow a volley towards goal which had the keeper beaten, but narrowly cleared the crossbar.

Moments later, Zyro had an even better opportunity to break the deadlock, but he could only send his header from Chris Solly’s pinpoint cross over the woodwork and the home side had the final say before the break with Vassell seeing a deflected shot spin just wide of the post.

After the stop-start nature of the first half, everyone was hoping for a far more free-flowing second and the Addicks started it off by coming close with a Josh Magennis header which bounced just wide, while Blackpool went down the other end and came close with Vassell firing narrowly wide.

But more stoppages were to come and Solly was the next player forced off with an injury just before the hour mark, forcing Robinson to shuffle his pack. Aribo came on as his replacement, with Ezri Konsa shifting to right-back.

Chances were coming at a premium, with only long-range efforts keeping Amos busy so far and the stopper made another smart stop to tip over Ollie Turton’s drive in the 72nd minute.

Charlton won their first corner of the game with 16 minutes remaining and it very nearly carved out the opener. Jake Forster-Caskey’s delivery was a good one and it was met by Bauer whose flick on was met by Sarr, who headed over from close range.

With 10 minutes left on the clock, Blackpool had the best chance yet when Tilt’s header from a corner looked to be bouncing in, only for Sarr’s heroics on the line to keep the scores level.

As the clock ticked over into injury-time, however, the hosts did grab the goal that would win them the points.

Amos came rushing out to head clear a long ball, leaving himself exposed to an open goal behind him. And although an initial shot was blocked, Ryan was on hand to drill the ball into the bottom left-hand corner to leave the loyal 264 travelling Addicks gutted.