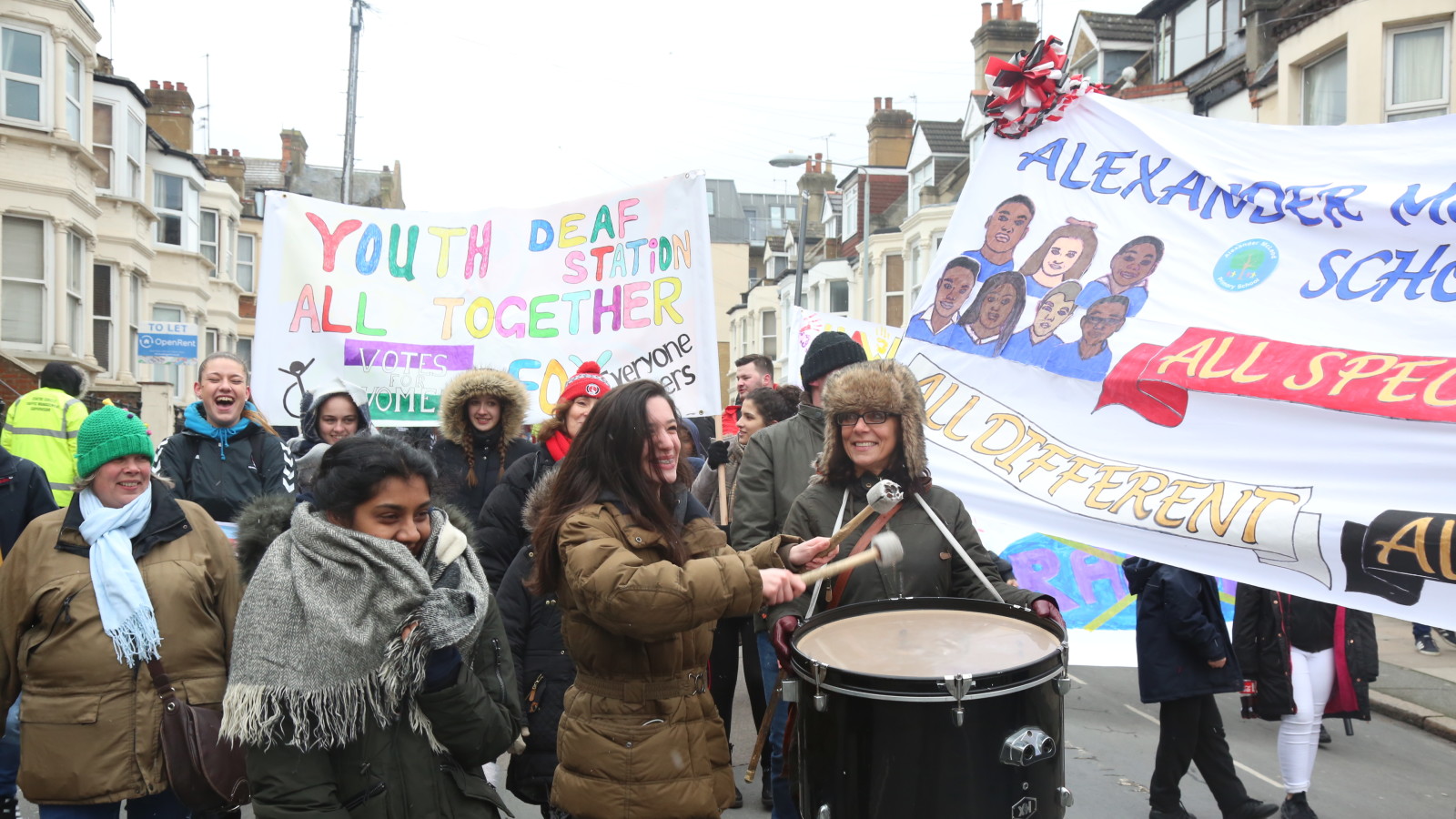 Young people from several local schools joined a procession from Charlton station to The Valley on Saturday, March 17th as part of the Red, White and Black Day celebrations.

Around 200 were in attendance for the annual event to celebrate equality and inclusion, despite the cold weather. Young people from Cardwell Primary School, Alexander McLeod Primary, Cherry Orchard School and Charlton Toy Library all made banners under the parade theme: All Different; All Special; All Together.

Organised by the club's Player Liaison Officer, Tracey Leaburn, Dr Michael Seeraj and Vikki Moorhouse from Charlton Athletic Community Trust (CACT), the event saw pupils walk from Charlton station to The Valley, alongside a number of Charlton players past and present.

Club legends Carl Leaburn and Jason Euell were joined by defender Lewis Page, Charlton Women's FC Captain Kim Dixson, and several U23 players. The procession was also attended by Matt Baker, the Pastoral Support Director in English football, who oversees all club chaplains in the country.

Dr Michael Seeraj, CACT's Head of Equality, Diversity and Inclusion, said: "So many people turned up - we weren't expecting that many. The event is incredibly important in terms of representing the range of work we do in the community around tackling discrimination and promoting equality."

Carl Leaburn said: "Diversity is something I'm passionate about and my wife is passionate about. I know she's been a big driver in the event as well. It affects me, my son, my daughter, so I wanted to come."

Tracey Leaburn said: "We were so pleased with the turnout and support we got on Red, White and Black Day. The schoolchildren did a fantastic job designing their banners and it was great that so many Charlton fans got involved too.

"Charlton and the Community Trust have done so much for equality and diversity over the years and it is important we keep this tradition going, not only with days like Saturday but also all the seminars run before and after what was a great event."

Jason Morgan MBE, CACT's Chief Executive, said: "We've led the way with this kind of work. It's something we've continued to do. Every time we do events like this, we get old players back. Carl's here, Jason Euell's here, because they know how important it is to be part of it."