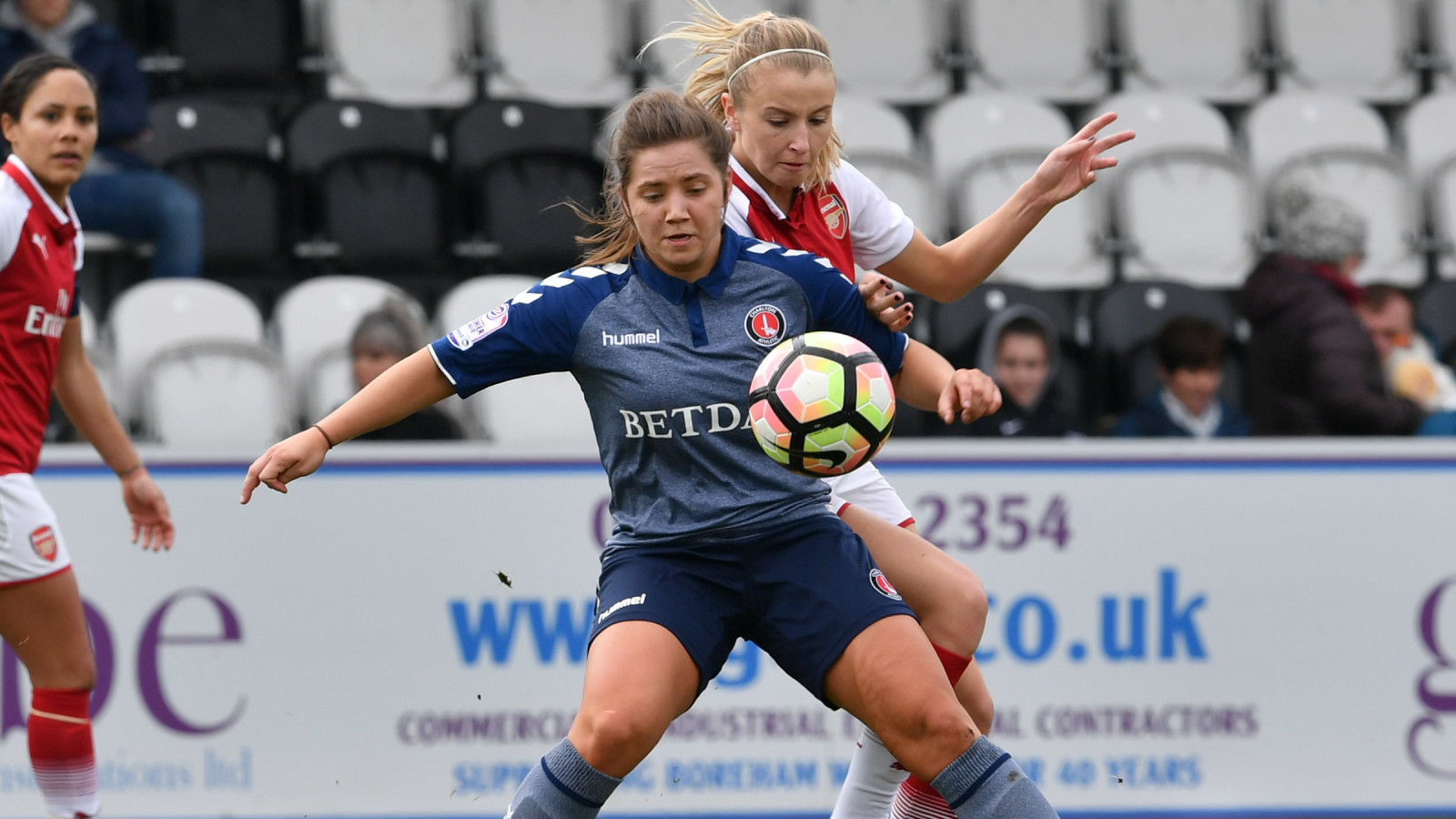 The Charlton women’s team bowed out of the SSE Women’s FA Cup at the quarter-final stage on Sunday afternoon after losing 5-0 to 14-time winners Arsenal at Meadow Park.

The Addicks can hold their heads up high after playing their hearts out for the full 90 minutes. Charlton were the only side below the top two leagues to make it to the last eight of the cup.

Arsenal took the lead in the fourth minute when Olivia Lukasewich brought down Leah Williamson in the area. Katie Startup dived the right way but Kim Little’s strike was inch perfect into the bottom corner.

The Addicks frustrated the Gunners for the remainder of the first half and, after the break, Arsenal immediately attacked with Danielle Van de Donk’s long range effort rattling the crossbar.

Charlton won a corner in the 51st minute following a brilliant dribble by Kit Graham, who out muscled three Arsenal defenders, but the set piece came to nothing.

Arsenal’s dominance was rewarded in the 55th minute when Heather O’Reilly controlled the ball in the box and slammed in a shot to make it 2-0.

Five minutes later, Arsenal made it 3-0 when Vivianne Miedema’s powerful header flew past Startup after an inch-perfect cross from the right.

Charlton didn’t give up and kept defending valiantly as exemplified by an outstanding challenge by Grace Coombs, who slid in to steal the ball away from England international Jordan Nobbs who was about to pull the trigger.

However, Arsenal’s fitness came to the fore late on and they scored another two in the last five minutes - through Danielle Carter and Nobbs - to give a scoreline that was harsh on the visitors.

Charlton will now continue with their push for promotion when they face Gillingham on Wednesday. A win would take the Addicks top of the FA Women’s Premier League South.