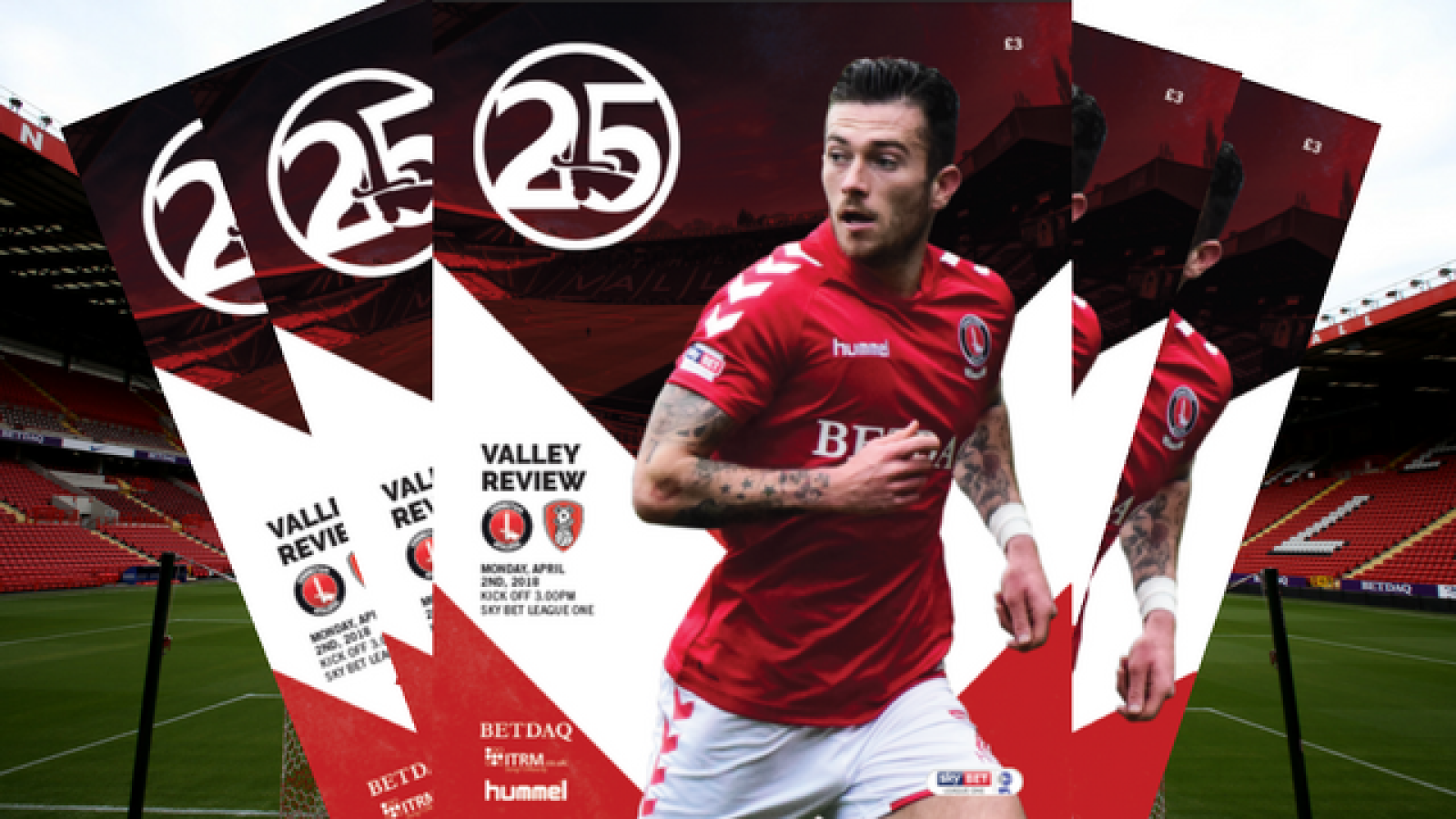 Lewis Page features as the main interview in Monday’s official matchday programme for the visit of Rotherham United.

The left-back has suffered a torrid time with injuries since arriving at The Valley last year, but has clotted back into the side brilliantly in the last few weeks, marking his return to action in SE7 with an unstoppable volley to open the scoring in the 2-0 victory over Plymouth Argyle.

In his feature interview, he discusses that brilliant strike, his difficult last 12 months and he also reveals why he nearly gave up on football as a teenager at West Ham United.

Elsewhere, we hear from a current Addicks star in Michal Zyro, who discusses his goal and celebration against the Pilgrims, and two former favourites in John Robinson and Nick Pope.

Valley legend Robinson talks about his former teammate Lee Bowyer, now leading Charlton as Caretaker Manager, while Pope caught up with the club’s media team while on international duty to discuss his England call-up.

As well as that, the latest academy action is rounded up with news from the U18s’ and U23s’ latest matches and there’s a look back at the Women’s team’s FA Cup quarter-final clash with Arsenal.

All this and much, much more can be found in Valley Review which is available to purchase from in and around the ground on Saturday, as well as in the Valley Superstore for £3.

Valley Review subscriptions are available for the 2017/18 season with every remaining issue delivered to your door, while back issues are also available.Email

The club’s 2017/18 handbook is also available to purchase from both the Superstore and the Ticket Office for £5.