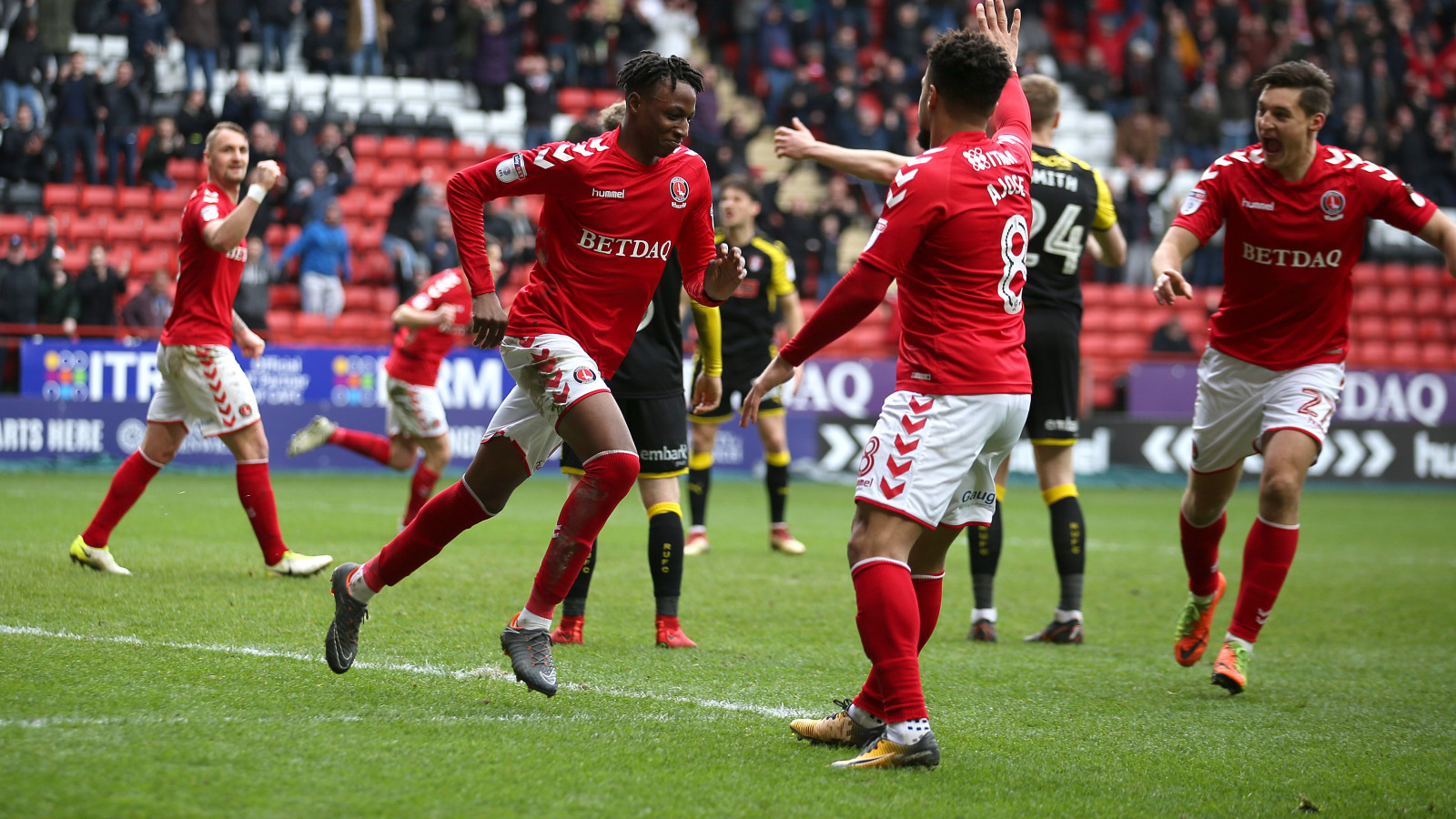 Joe Aribo has praised the ongoing impact that Caretaker Manager Lee Bowyer is having on his game.

Aribo struck twice in Charlton’s victory over Rotherham United on Monday and says Bowyer, in his new role, continues to help him in the same way he did as Assistant Manager.

“Even before he was manager, he used to do one on ones with me and that’s still going on,” Aribo said. “He always talks to me before the game to make sure I win my first battle and stay in the game. He makes sure I’m getting assists and goals.

“I always hear Lee on the side shouting ‘Joe, box’ and it makes me switch on and I know to make my run into the box.”

Aribo’s goals take his tally to five for the season and while he is beginning to add more goals to his game, his manager drew comparisons to Patrick Vieira, who was more known for his physical abilities.

Aribo was delighted to hear the comparisons: “For someone to be saying that, especially someone like Lee Bowyer, I’m thrilled that he’s saying that.”

Bowyer’s best tally from a single season was nine goals for Birmingham, a tally which Aribo now has a chance of bettering.

“I want to keep scoring goals but first of all it’s about the team,” Aribo said. “Us getting wins [is my main aim] and when goals come it just makes it better.

“Everyone’s feeling good, we’ve won three on the bounce now and we need to keep going and keep fighting in every in game that comes.”