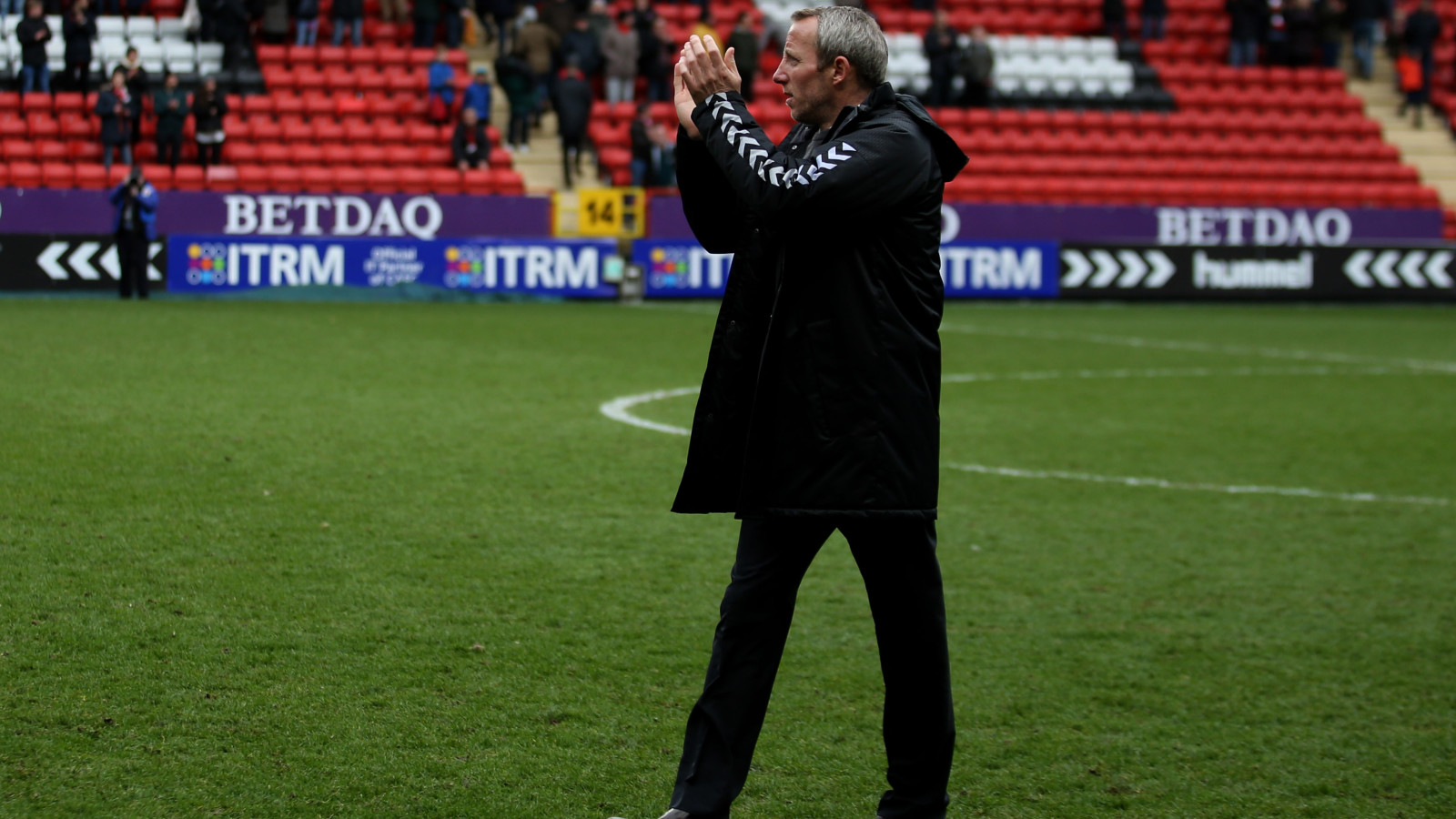 Lee Bowyer says that being confirmed as Charlton’s caretaker boss until the end of the season will “make no difference whatsoever” to the way he approaches the job.

Bowyer’s appointment until May was confirmed on Wednesday afternoon and, so far, he has enjoyed a perfect start to life in the Addicks hot seat.

He has overseen victories against play-off rivals Plymouth Argyle and Rotherham United – and Northampton Town – and on Saturday his side travel to Bristol Rovers.

Rovers sit seven points behind Charlton at the moment and Bowyer says the Addicks will prepare for the game exactly the same as they have done for the previous three.

“It makes absolutely no difference whatsoever [to the way I’ll do things],” Bowyer said. “We have to keep winning games and that is it. That is what my job is; I know that, everybody knows that and that is what I will be trying to do.

“The biggest thing for me, at the moment, is the way we are competing, working hard and showing a togetherness. That’s more important than playing nice football because I know they [the players] can play.

“Against Rotherham, the players were outstanding. They stood up and were counted as men. They showed a great togetherness and that is a big part, for me.”