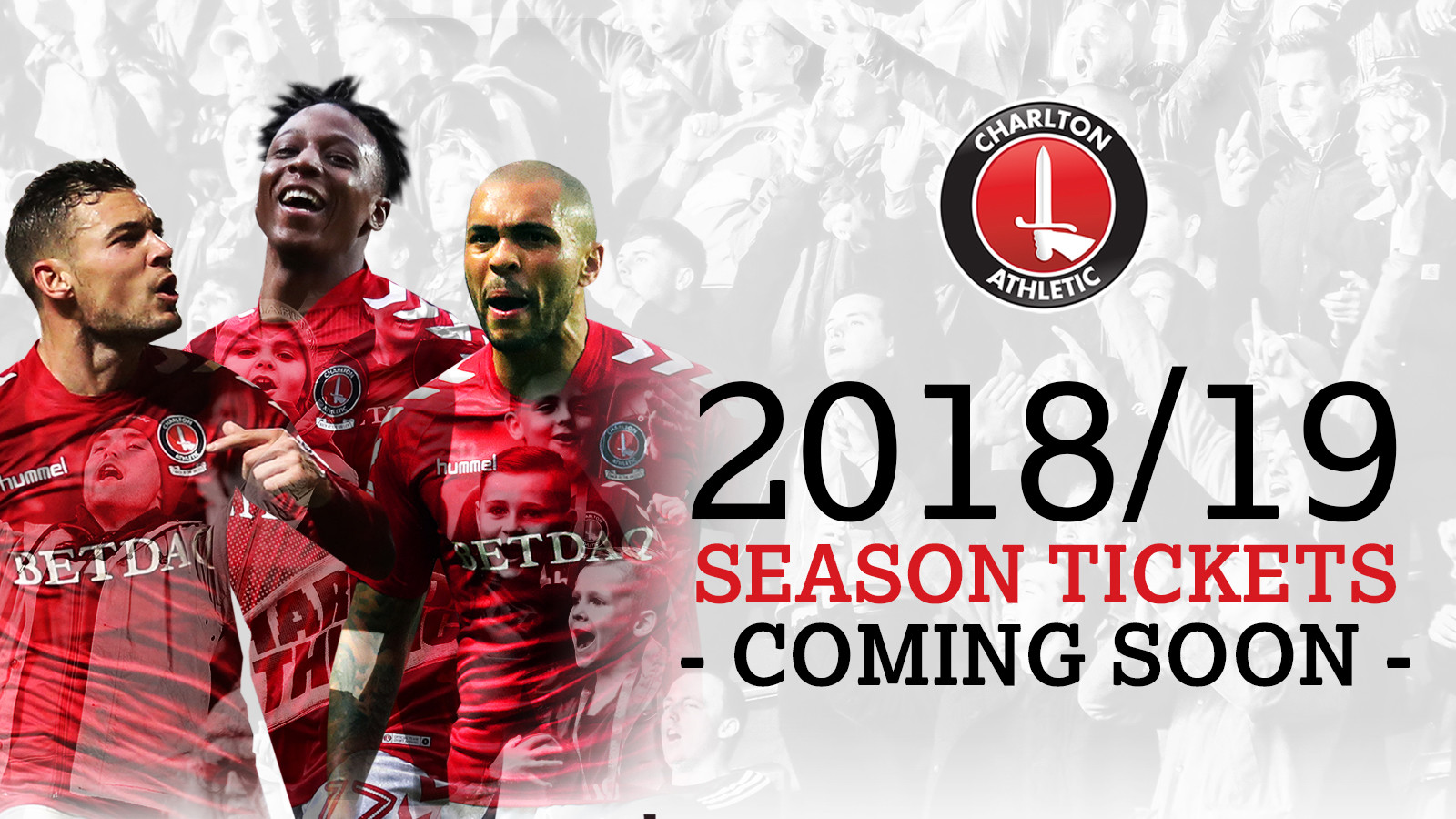 Charlton Athletic have today provided an update on 2018/19 season tickets for its supporters.

This year has seen a delay in the launch of season tickets due to the impending takeover of the football club to give any potential new owners an opportunity to have their say on season ticket pricing.

However, should the takeover not be completed by Thursday, April 12th then season tickets will be launched on that day. This is because the club continue to get queries from fans about season tickets and to give those Charlton supporters who traditionally purchase or renew on a matchday the opportunity to do so at the Addicks’ final two home games – against Scunthorpe United on Saturday April 14th and Blackburn Rovers on Saturday, April 28th.

In the meantime, tickets for all of Charlton’s remaining matches of 2017/18, apart from the final day trip to Rochdale are on sale. Please click here to visit our ticketing website.