New Valley gates to be installed in 2019 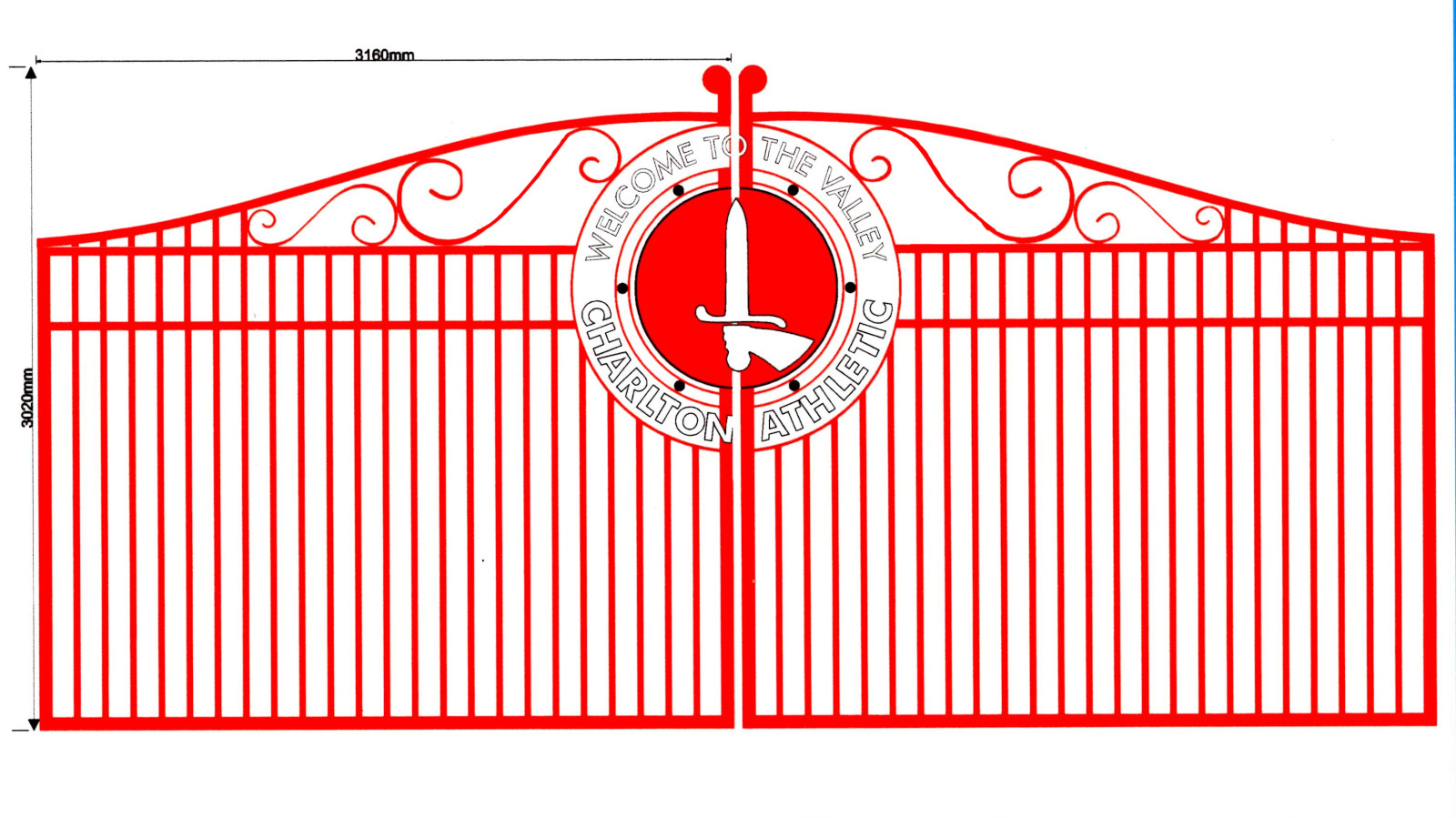 A provisional design has been decided on for new gates at The Valley which will be installed in 2019.

Various supporters’ groups have been involved in consultations in recent months, adding their input to ideas for the new decorative gates which will take pride of place at the main entrance to the stadium, situated to the left of the Superstore.

Originally planned as a way of celebrating the 25-year anniversary of Charlton’s return to SE7, the gates will now be unveiled as part of the club’s Valley centenary celebrations, marking 100 years since the Addicks first moved to our famous ground in September 1919.

Richard Wiseman, Chair of the Charlton Athletic Supporters Trust said: “CAS Trust are pleased to have been involved in the process of consultation about the design of the new gates. In particular we are impressed that the club responded positively to our initial feedback that the original consultation timescales were far too short to allow any meaningful discussion.

“We welcome the fact that the revised timetable allowed a broad spectrum of supporters to offer a considered opinion. The outcome has been a far superior design and the sensible decision to tie in the opening of the new gates to the 100th anniversary of the club playing at The Valley.”

The new gates are due to be installed in the spring of 2019, with a ceremony to officially christen them close to the anniversary of the first ever game at The Valley on September 13th.