Lee Bowyer: Charlton 'need to stand up and be men’ in final four matches 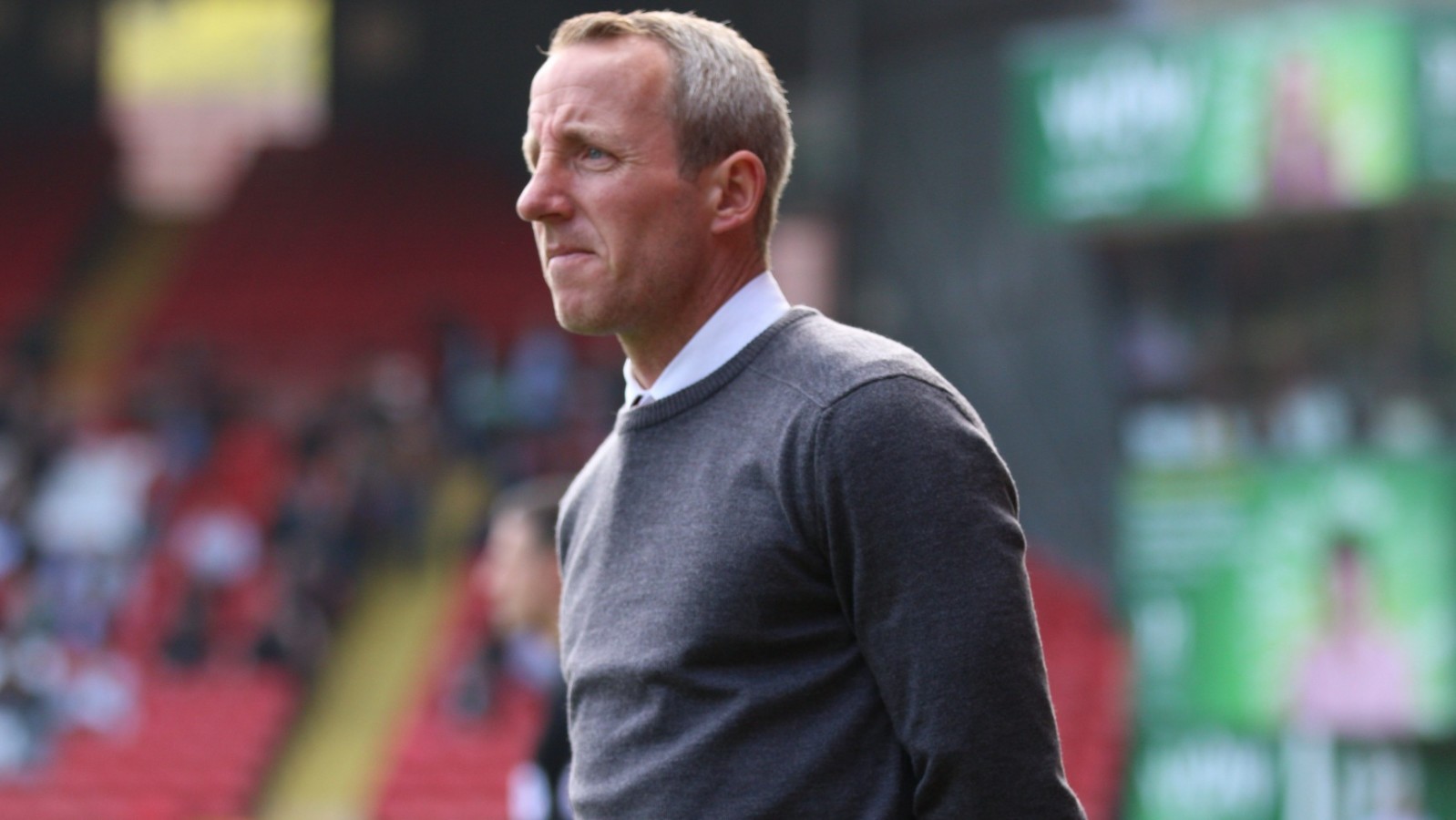 Lee Bowyer says that his players will need to ‘stand up and be men’ in their final four matches of the season if they are to get into the Sky Bet League One play-offs.

Charlton were beaten 1-0 by Scunthorpe United at The Valley on Saturday, with the result seeing them slip out of the top six.

With a trip to Shrewsbury Town to come on Tuesday, Bowyer says his team need to start looking like the one which beat Plymouth Argyle, Northampton Town and Rotherham United again.

He said: “The difference between the team that played against Rotherham in our last home game to the one that played today was crazy, especially considering there were only one or two changes.

“I’ve said to the players that what I have just watched was not acceptable.

“I have put a lot of demand onto them, in particular the midfield boys, because I haven’t had another player to play in those positions, and we looked tired.

“We looked sluggish. The players’ preparation has been the same as it has for all of the other games. Saturday-Tuesday-Saturday-Tuesday over the last few weeks has maybe caught up with them but there is no excuse, really.

“We weren’t at the races and when you are passing the ball, it doesn’t matter how tired you are, you should still take care. That wasn’t the case today.

“We created a lot of chances for them by just giving them the ball back. They were hitting us on the break from our sloppy play. In the time I’ve been in charge, in the first four games certainly, that hadn’t been the case.”

Charlton have four matches to get themselves back into the play-off places. They’ll take on fellow promotion chasers Shrewsbury, Portsmouth and Blackburn Rovers, as well as Rochdale, before the season is up.

And Bowyer expects the play-off race to go all the way.

He said: “It will definitely go to the wire and it is about who wants to stand up and be counted. We knew that we had a tough run-in but who wants it most is what it will come down to.

“We need to stand up and be men now. We play Portsmouth on Saturday, after Shrewsbury, and if we can go win, win then we are back in the driving seat with two games to play.

“There is a lot of football to be played yet. It will be a big task on Tuesday but again I’ll be expecting a reaction, and a better one to the one I had today.

One piece of positive news from Saturday saw Tariqe Fosu and Ahmed Kashi return to the squad, with the former getting back out on to the pitch.

Bowyer said: “They can play a big part before the season ends; a massive part. It’s good to have Kashi back because my midfielders have had no rest and Tariqe gives us that little bit of magic in the final third. I’ll have to see what I can do with them regarding Tuesday.”