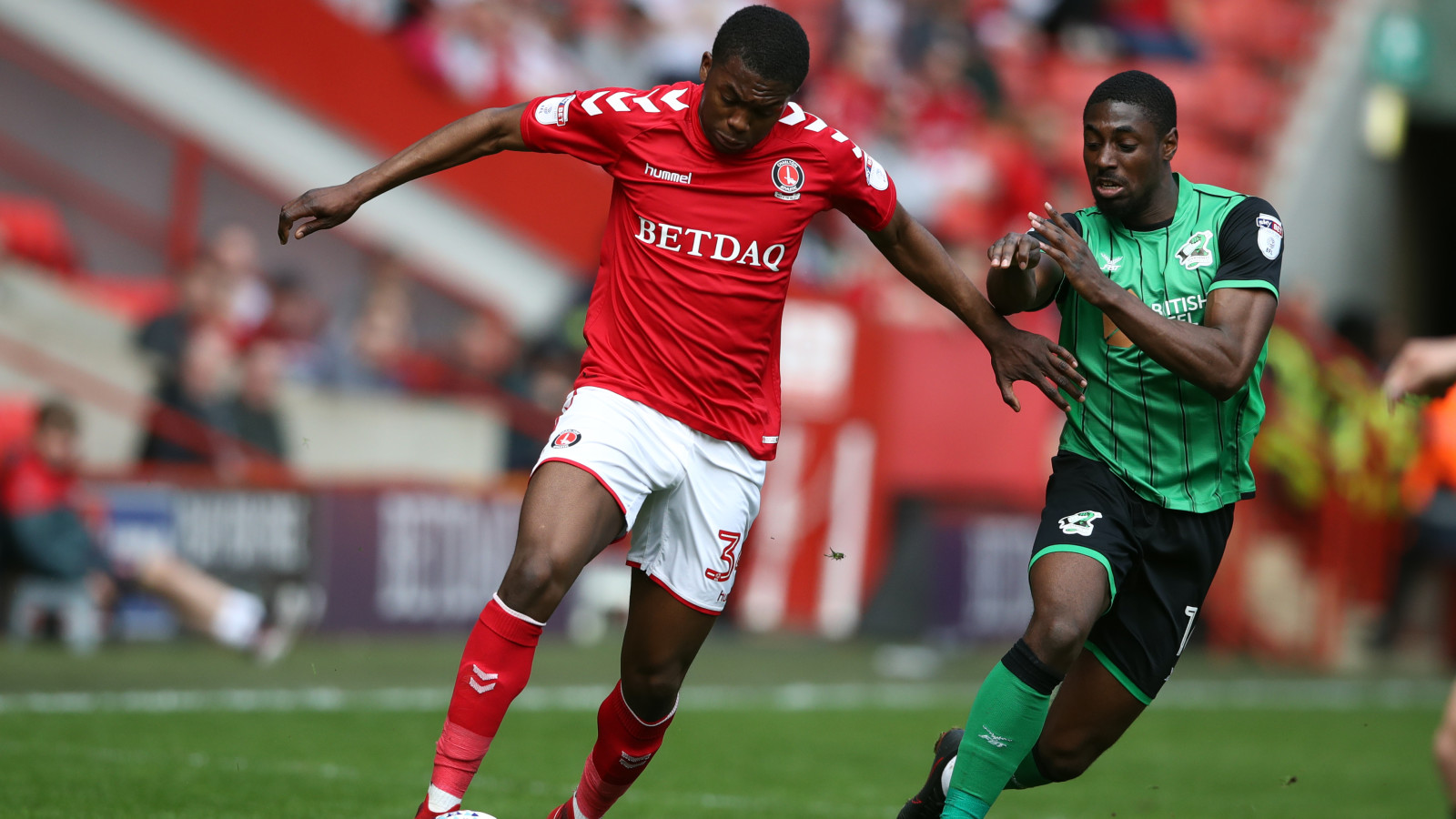 A first half goal from Ivan Toney dented the Addicks play-off hopes in a 1-0 loss at home to Scunthorpe United.

The result leaves Charlton two points off the play-off spots with four crucial games to play.

It was a three points the away side deserved despite some late pressure from the Addicks and moves Scunthorpe to fifth in the table.

In a slight tweak to recent weeks the Addicks began the game in a diamond with Jake Forster-Caskey holding in midfield, Joe Aribo and Ben Reeves ahead of him and Sullay Kaikai behind the front two at top of the diamond. Anfernee Dijksteel, Jay Dasilva and Nicky Ajose were also recalled to the starting lineup with Ezri Konsa, Lewis Page and Stephy Mavididi making way.

With both sides chasing crucial points as the end of the season draws close it was an open first 10 minutes, the Addicks best opportunity was a half chance when Aribo jumped highest but wasn’t quite able to deflect an early Forster-Caskey corner goalwards.

Both keepers were forced into their first proper saves of the game just before the 20 minute mark. Ben Amos closed the angle and saved well with his legs to deny Hakeeb Adelakun before the Addicks went straight up the other end where Nicky Ajose saw a 20-yard effort palmed away to safety by Iron stopper Matt Gilks.

After a spell of Charlton pressure Scunthorpe took a 31st minute lead when Adelakun beat the Addicks offside trap to get in behind the defence and slid the ball across goal for Toney to tap into an empty net from no more than two yards out.

The first half ended relatively tamely with a Josh Morris free kick for the visitors, which sailed over, the closest either team came to scoring.

The Addicks moved to a more traditional 4-4-2 to start the second half but it was the visitors who began strongest and they were denied a potential Goal of the Season contender when Amos tipped over a wonderful volley from Toney.

Lee Bowyer was quick to move and Josh Magennis and Tariqe Fosu, returning from injury, replaced Michal Zyro and Kaikai in the 54th minute.

Immediately the pair made an impact with Fosu showing some clever footwork before finding Ajose who curled a shot just over.

However, the Iron regained control keeping the ball in the home side’s half for large spells with Amos on hand to keep Charlton in the game including a parried save from the dangerous Adelakun.

Mavididi replaced Aribo with 15 minutes to go but it didn’t change the home side’s fortunes as Scunthorpe continued to slow the game down and frustrate Charlton.

A dragged Fosu effort would be closest Charlton would come to an equaliser until the final two minutes when Bauer’s header from a Forster-Caskey free kick looked destined for goal but was well blocked by a Scunthorpe defender.

The Addicks kept the pressure up through stoppage time with two penalty appeals and a Fosu drive that deflected and fell to the grateful arms of Gilks.

The keeper had to stop again from Reeves deep into stoppage time and a driven effort over the bar from Fosu was to be the last action of the game.