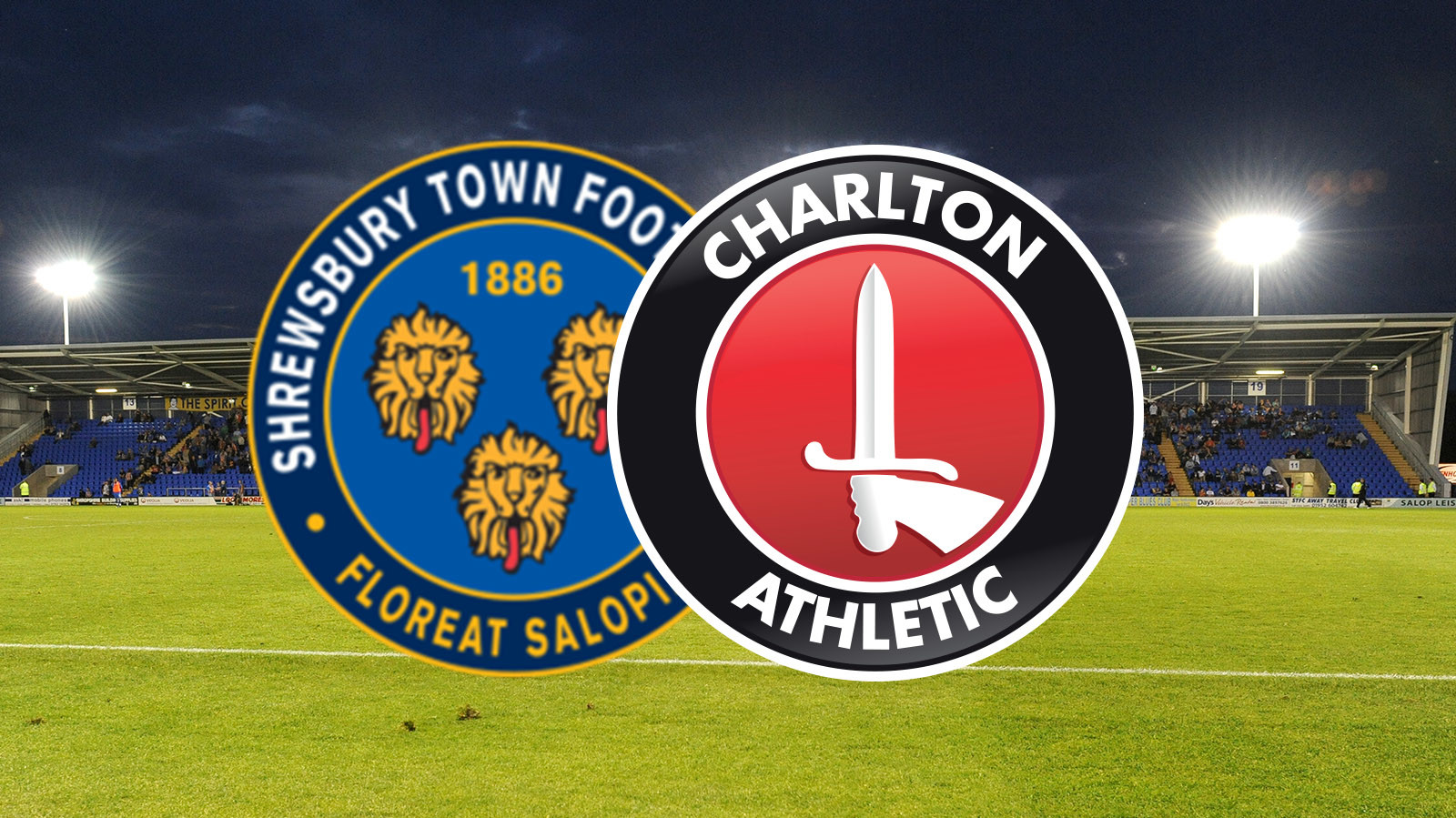 Charlton will hope to revive their play-off hopes when they take on automatic promotion-chasing Shrewsbury Town on Tuesday evening (7.45pm).

After winning three matches on the spin in March, Lee Bowyer’s men have not tasted victory in any of their most recent three outings and they currently sit just outside of the top six.

In Shrewsbury, Charlton will face a team who still have top-two ambitions. Paul Hurst’s men have enjoyed a magnificent season so far, which has also involved reaching the Checkatrade Trophy final, and they will be intent on catching Wigan Athletic and Blackburn Rovers at the top of the Sky Bet League One table.

A win for the Addicks could see them return to the play-off places and it would also provide them with a timely boost ahead of Saturday’s massive game against Portsmouth.

Charlton will be without Chris Solly for the remainder of 2017/18, with the academy graduate set to undergo knee surgery later this week.

Naby Sarr is unlikely to be included in the matchday squad until Saturday, following his ankle injury, and long-term absentee Billy Clarke remains sidelined.

To read the latest from the treatment room, please click here

For Shrewsbury, Omar Beckles is suspended after being sent off against Bradford City on Thursday night. Junior Brown and Abu Ogogo are still out.

Charlton and Shrewsbury have met 20 times in the past, with the Addicks coming out on top seven times. There have also been five draws while the Shrews have won on eight occasions.

The clubs’ last two meetings in Shropshire have both ended 4-3 to Shrewsbury.

So far this season, he has taken charge of 38 matches where he has brandished 115 yellow cards and six reds.

Handley last refereed Charlton last season for the 2-2 draw against Coventry City at the Ricoh Arena.

He will be supported Christopher Ward and Ian Smedley and fourth official Christopher Sarginson.

Around 300 Addicks had purchased tickets for the match before they went off sale from The Valley on Monday.

Shrewsbury have confirmed that they will be selling on the night to Charlton supporters. They will not be subject to a price increase and are priced at: