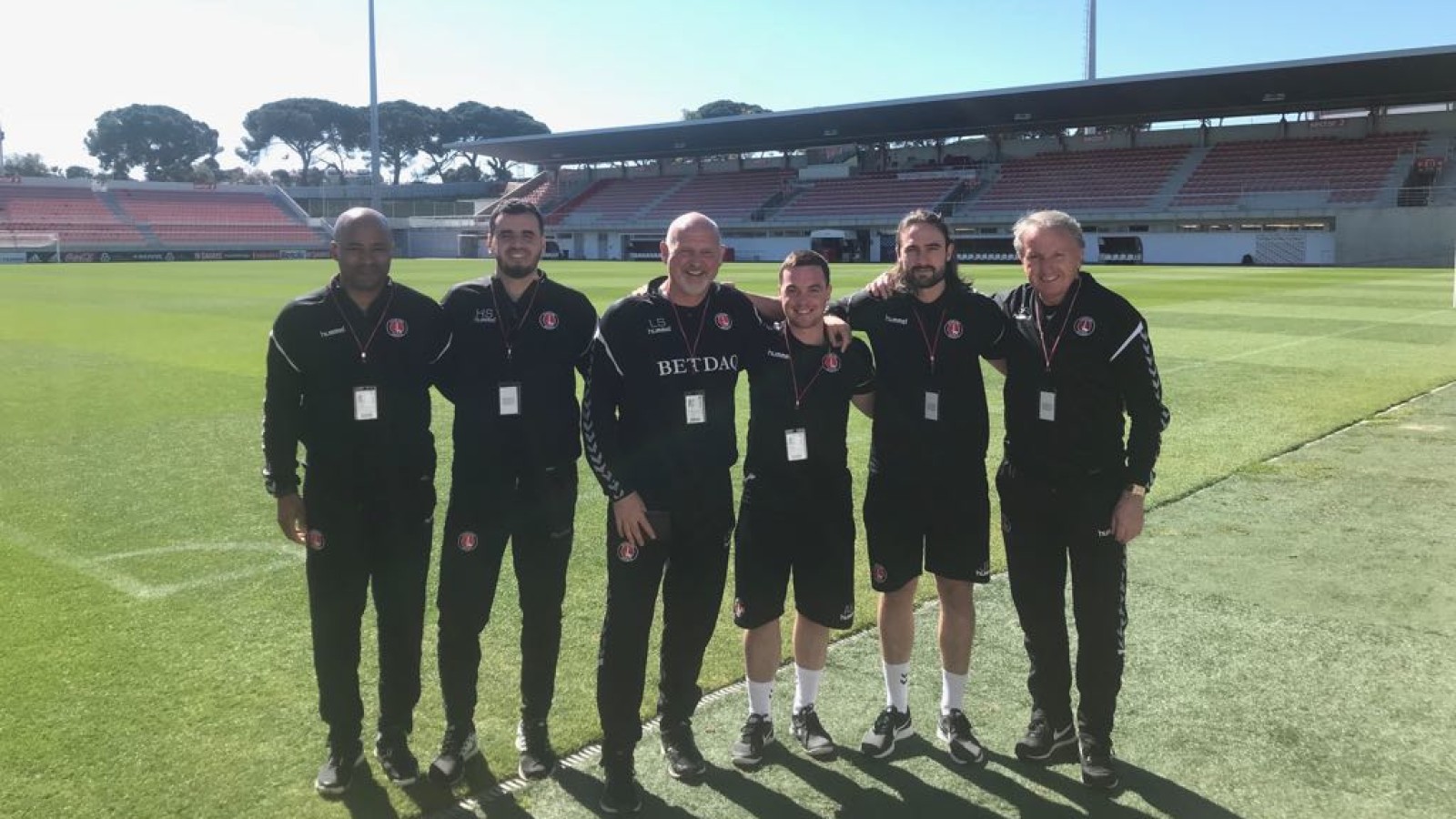 The first three of those aforementioned names graduated from the academy of Portuguese giants S.L. Benfica, with the latter three, of course, being products of Charlton’s esteemed youth set-up.

Addicks Academy Manager Steve Avory recently made a ‘Continuing Professional Development’ visit to the Águias, where he spent a week studying the practises of the Portuguese club.

The complex – which is close to the south side of Lisbon – was opened by Eusébio in 2006 and boasts nine pitches, 20 dressing rooms, three gyms, two auditoriums and one state-of-the-art ‘360 S’ simulator, which can be used for developing a player’s technique and video analysis.

“Benfica is a club with a world-wide reputation and the trip was made possible through a European funding agency called the Erasmus Education Project,” Avory said.

“We had used it previously to take our U18s on a pre-season tour two years ago and this year’s trip to Portugal was excellent.

“We were provided with a brief itinerary but we didn’t really know what to expect. It quickly became apparent that they were very experienced in delivering weeks like these and we were able to visit a number of different departments within their academy.

“Different departments delivered presentations to us in the lecture theatre and they also provided us with opportunities to observe what went on in terms of the football work and physical training as well.”

While in Portugal, the Addicks’ academy staff followed Benfica’s U19 side and their preparations for a match against Porto.

Avory was pleased to be able to identify similarities between the work of the Portuguese club and way his staff operate in south-east London.

“A trip like this develops an individual,” said Avory, who has seen 18 academy graduates make Charlton debuts in the last three seasons. “You gain knowledge from seeing how other clubs work.

“As well, it also confirmed, in some ways, that the structure and organisation that we have is not dissimilar. We saw a lot of practises going on, and not just football practises, throughout the academy and every department operated in a similar way to what we do.

“There was a high degree in professionalism, which if you see that in evidence as a visitor to an academy then you can’t fail to learn. It was a learning experience and, as a result of it, we’ll take time to reflect upon it to see how we can improve ourselves as an academy.”