Mark Marshall on huge Blackburn win, putting bodies on line and bouncing back from being dropped 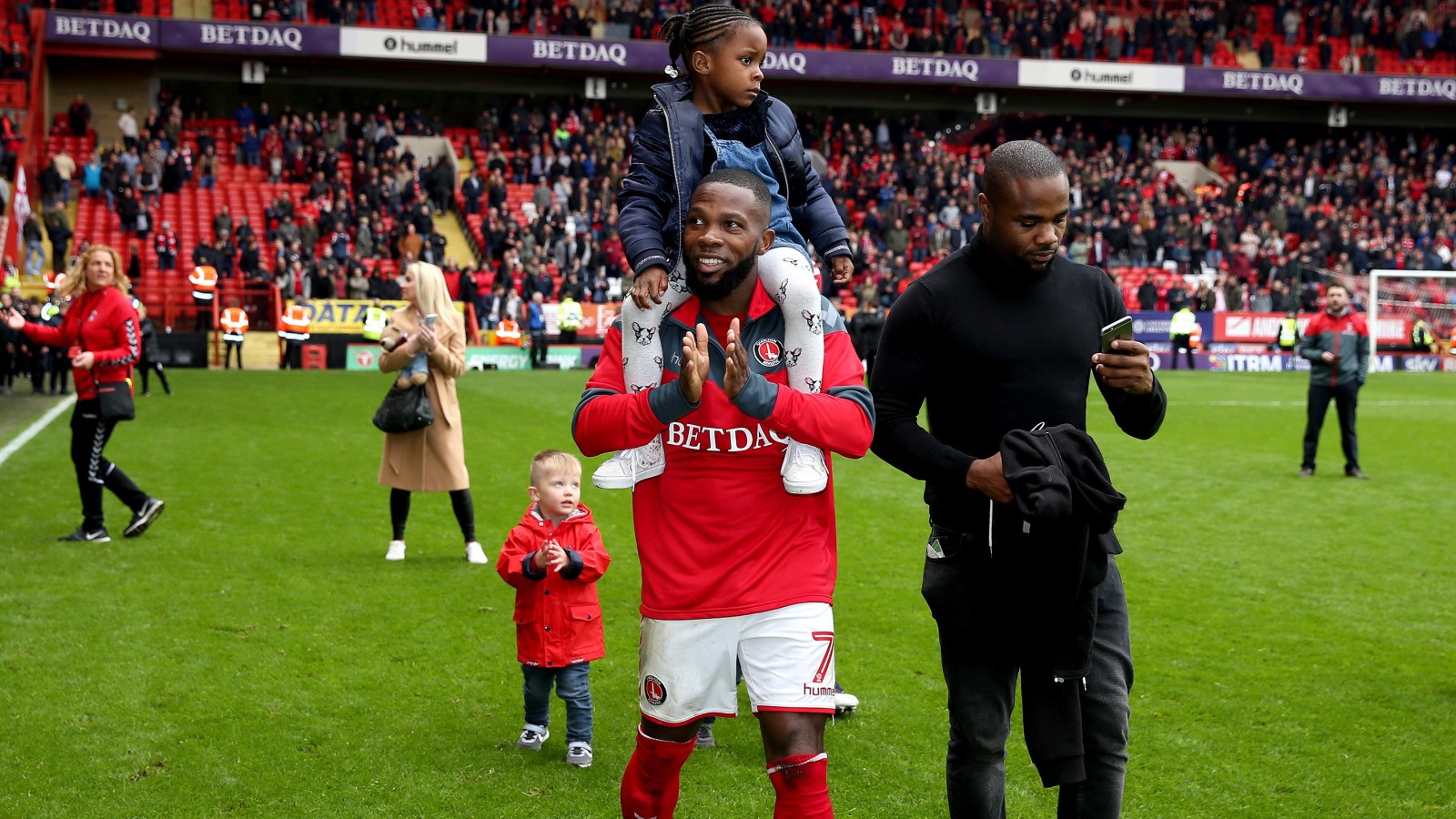 Mark Marshall was a stand-out performer in Charlton's 1-0 win at The Valley against Blackburn and the midfielder said it was an important, ground out victory that was just reward for an industrious, hard-working display.

You can watch the full interview here on Valley Pass.

On the Blackburn win

‘’It was intense. You would have thought because they’re already up, they would have let up but they were at it and put out a strong team. We had to roll our sleeves up and work hard. We’re very confident at the moment. You can see the togetherness, the hard work and you could see that today. We put our bodies on the line, in the way and it paid off.’’

‘’There’s no substitute for hard work. There’s a lot of talented players out there, but they’re not in the game. Sometimes you’ve just to roll up your sleeves.

‘’I have this little saying to myself, ‘you got to help someone else to get where you’re going, you can’t do it alone'. We are working hard for one another and we are trying to cover each blade of glass for one another, so I wouldn’t come in here taking credit for everyone’s hard work. The boys today covered every blade of glass out there.’’

The victory ensured that the Addicks will take the battle for the play-offs into the final round of games in Sky Bet League One and Marshall said it is testament to the change in attitude and mood that Lee Bowyer has installed since taking charge, but says his side must do the same against Rochdale next Sunday to ensure they do all the can to make the end of season showdown.

‘’When you work hard things always seem to happen for you. If I want to sit down and do something it won’t every happen. If you don’t take the shot you won’t score and Kashi has, it’s hit Jason’s butt and got in. Whether it came off his teeth we take the goal!

‘’We need to go into the last game with the same commitment, same desire and we can’t let ourselves down. In the last six weeks since Bows has taken over you can see the boys have a lot of energy and confidence and we’ve got to build on that.

‘’Everyone is fighting for places and there’s a lot of competition. The gaffer before brought a lot of players in and you have to give him credit for that. Sometimes you need change. We got the change and it’s paying off. Sometimes you just need a little tweak here and there. Bows has come in, made changes.

‘’Even I found myself out of the team and squad, so you just got to work hard to get back in. There’s someone waiting to take your shirt so I think that galvanises every individual because you could be in the team one week and if you don’t work you can be out the next. So you got to look at yourself as an individual and be honest with yourself, because if you are you can accept whatever comes. If he takes me out of the team and explains his reasons and I can see truth in that then I can accept it and try to do better.’’

Last weekend saw Addicks fans sell out the away end at Portsmouth and the supporters once again came in their numbers to spur on the side at The Valley. Two wins from both show the incredible support does have a huge influence on the pitch and Marshall says it gives him and the players a huge boost, carrying the side through when they most need it.

‘’It was incredible. It shows when the fans turn up and sing like they did from minute one to 90 it galvanises the team.

‘’Blackburn had a spell when they could have scored but the decibel levels went up and that always helps as a player, because you know the fans are behind you and it gives you that extra bit of energy."

Marshall, who has made 26 League One appearances, scoring once, was left out of the match-day squad against Scunthorpe two weeks ago, but says he was never going to give up on his place and revealed he even came into to do extra training to ensure he worked his way back into the team, and says the squad must work just as hard.

‘’I’ve gone through a lot of ups and downs in my life. The only way I’ve ever come back from downs is to work hard and fight. I truly believe that if I sit down and sulk I won’t get anywhere. I went into training – I didn’t have to go in – but I just practised, practised and practised. I went into training on the Saturday morning, got the fitness coach, did some drills and then came to the game. I wanted to show my worth.

‘’You don’t just get lucky, you have to create your own. I don’t think if I had sulked about being left out, didn’t come to the game, go to training that would have put me in a better position. It would have been in my mind and the gaffers mind. In every walk of life, every profession, you have your ups and downs.

‘’I will have more downs, this isn’t the end. But it’s about having that bounce-back-ability and that’s what separates a lot of people in life in terms of where they end up.’’

And looking ahead to Rochdale, the Addicks hope it won’t be the final game of their season. Marshall has experienced defeats in all three of his play-off campaigns, all against Millwall, and hopes this time around that, should Charlton make it, it will be fourth time lucky.

‘’I’ve had three play-off disappointments against the same team. It was one of the best days of my life, being out there on the Wembley pitch is every kids dream. But that losing feeling is something you just can’t describe, especially when you have people running and jumping in your face.

‘’Hopefully it will be fourth time lucky. I’ve lost three times, but hopefully we can make it in and this will be the year for me and the team.’’

‘’Both teams will be at it and I hope Scunthorpe win – I’m just being honest!’’

You can watch the full interview here on Valley Pass.