Supporters donate more than £2,000 to Prostate Cancer UK on Saturday 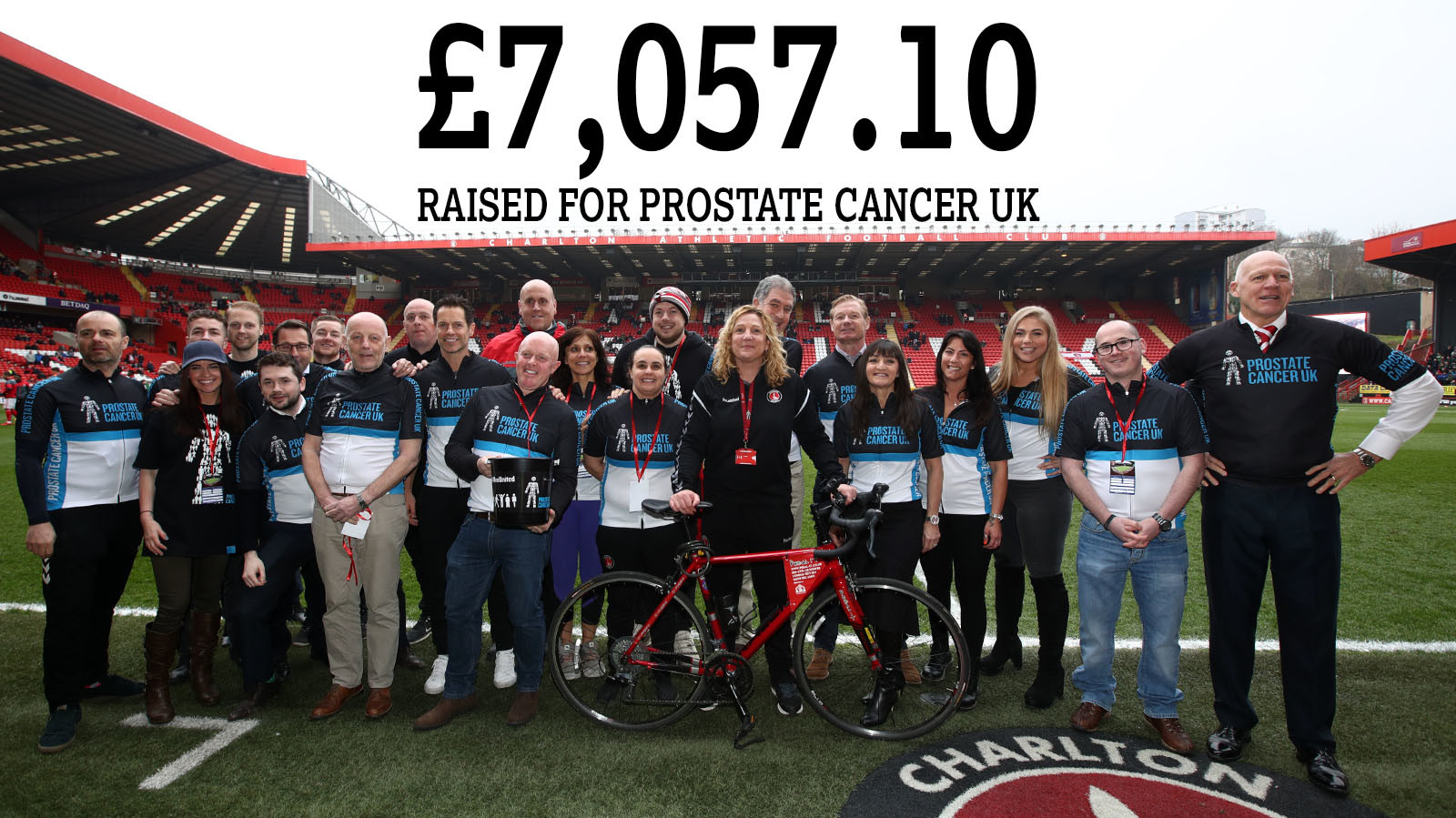 On June 1st, 31 members of staff from the club and community trust, along with some determined Charlton supporters, will be cycling 145 miles from London to Amsterdam to help raise funds and awareness for Prostate Cancer UK, and the team have now raised more than £7,000 for the charity.

Prostate cancer is the most common cancer in men, affecting one in eight in the UK and one in four black men in the UK.

One man will die from prostate cancer every 45 minutes and, throughout the season, Team Addicks have hosted a number of events to help raise funds and awareness for the charity.

This included the hugely-successful Charlton Quiz Night in February and, in March, Charlton also became the first club in the entire EFL to offer PSA blood tests on a matchday.

PSA blood tests can help to detect early stages of prostate cancer and, with the help of the Barry Kilby Foundation, almost 300 supporters were tested at The Valley.

Team Addicks events and bucket collections have now raised a total of £7,057.10.

Charlton’s Player Liaison Officer Tracey Leaburn has been central to all of the fundraising and she has been overwhelmed with the support Team Addicks have received.

She said: “A massive thank you to everyone who has supported and donated to Prostate Cancer UK. Charlton is a family and that showed again on Saturday, with help with the collection being offered by our U23s players, young people from the CACT Woolwich Hub, club legends and members of staff.

“When the going gets tough on the bike ride next month, remembering this support from everyone will be a huge help to me personally. It will keep me going.”

Team Addicks are still hoping to raise more money for Prostate Cancer UK and supporters can donate to them by clicking here.