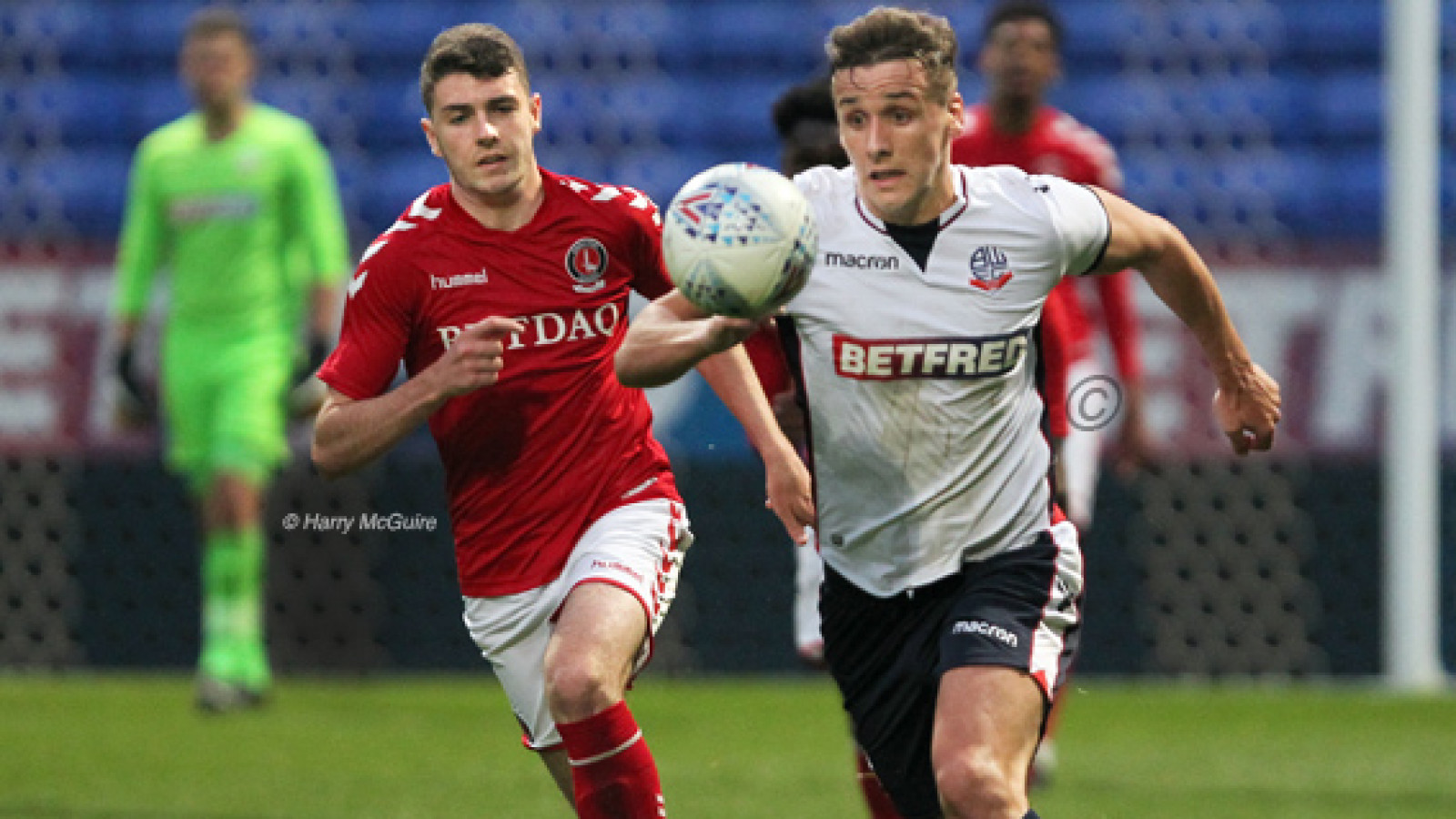 Charlton U23s’ impressive season came to an end on Tuesday night as they fell to defeat against Bolton Wanderers in their Professional Development League 2 play-off semi-final.

The Addicks had finished as runners-up in PDL2 South but first-half goals from Jeff King and Dennis Politic put Wanderers in control before the break.

Reeco Hackett-Fairchild pulled one back for Jason Euell’s side in the second half but Liam Edwards’ late header ensured that it was Bolton who progressed into the national final.

Wanderers went in front on 22 minutes at Macron Stadium. Ryan White broke through one-on-one and, after his shot bounced out off the post, King was first to react to bury the rebound.

Politic made it two just before half-time when he won possession inside Charlton territory and drove into the box before firing a strike into the top corner from a tight angle.

The Addicks trailed by two at the break but they pulled one back on 65 minutes. Substitute Hackett-Fairchild beat Bolton stopper James Aspinall to a low cross to poke home from close range.

Charlton were unable to find a leveller and Edwards’ 76th-minute header then made the result safe for the Whites. He connected with a Cole Lonsdale cross with a diving effort that rippled the net from six yards out.