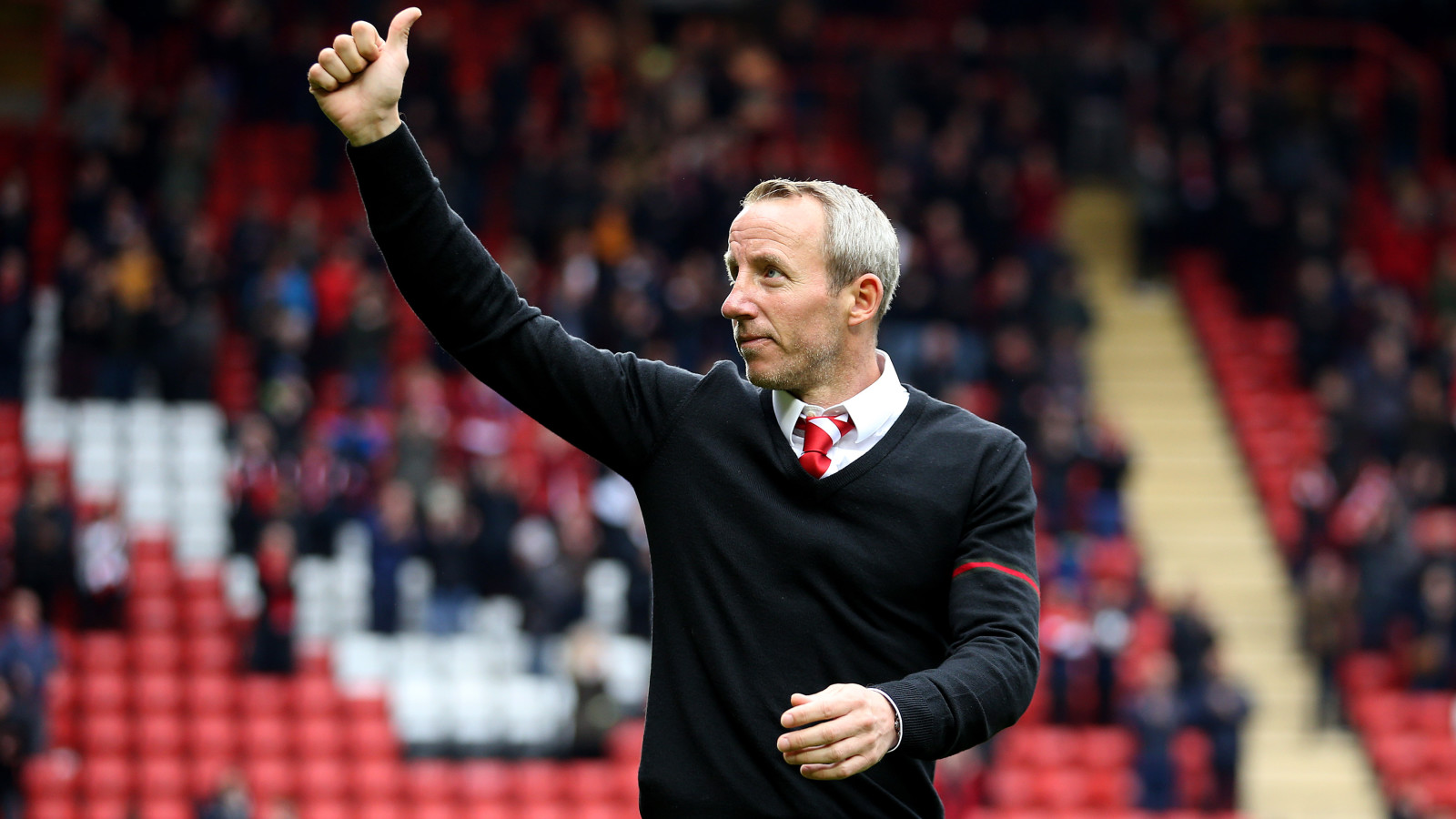 Lee Bowyer is calling for all Charlton supporters to be at Thursday’s game and at their vocal best to help his players in their Sky Bet League One play-off semi-final first leg against Shrewsbury Town (7.45pm).

The Addicks’ Caretaker Manager has once again thanked the fans for their vocal support and stressed the importance of that in helping his team to victory.

Speaking at the Fans’ Player of the Year Dinner on Monday, he said: “Thursday is a massive occasion for everyone, for the players, for the staff and for you guys [the fans] who come and support us every game and I can’t thank you enough for the support you’ve given me during my time in charge.

“I would hope that everyone will be there on Thursday because the lads will need you 100 per cent. We’ve got two massive games coming up and I know that they’ll be ready for Thursday.”

Charlton supporters who are buying their play-off tickets from The Valley on Thursday night are being asked to arrive in plenty of time to help reduce their and their fellow Addicks’ queuing time in the lead up to kick-off (7.45pm).

Please click here to read some important information on where Addicks fans can purchase tickets from on Thursday night.