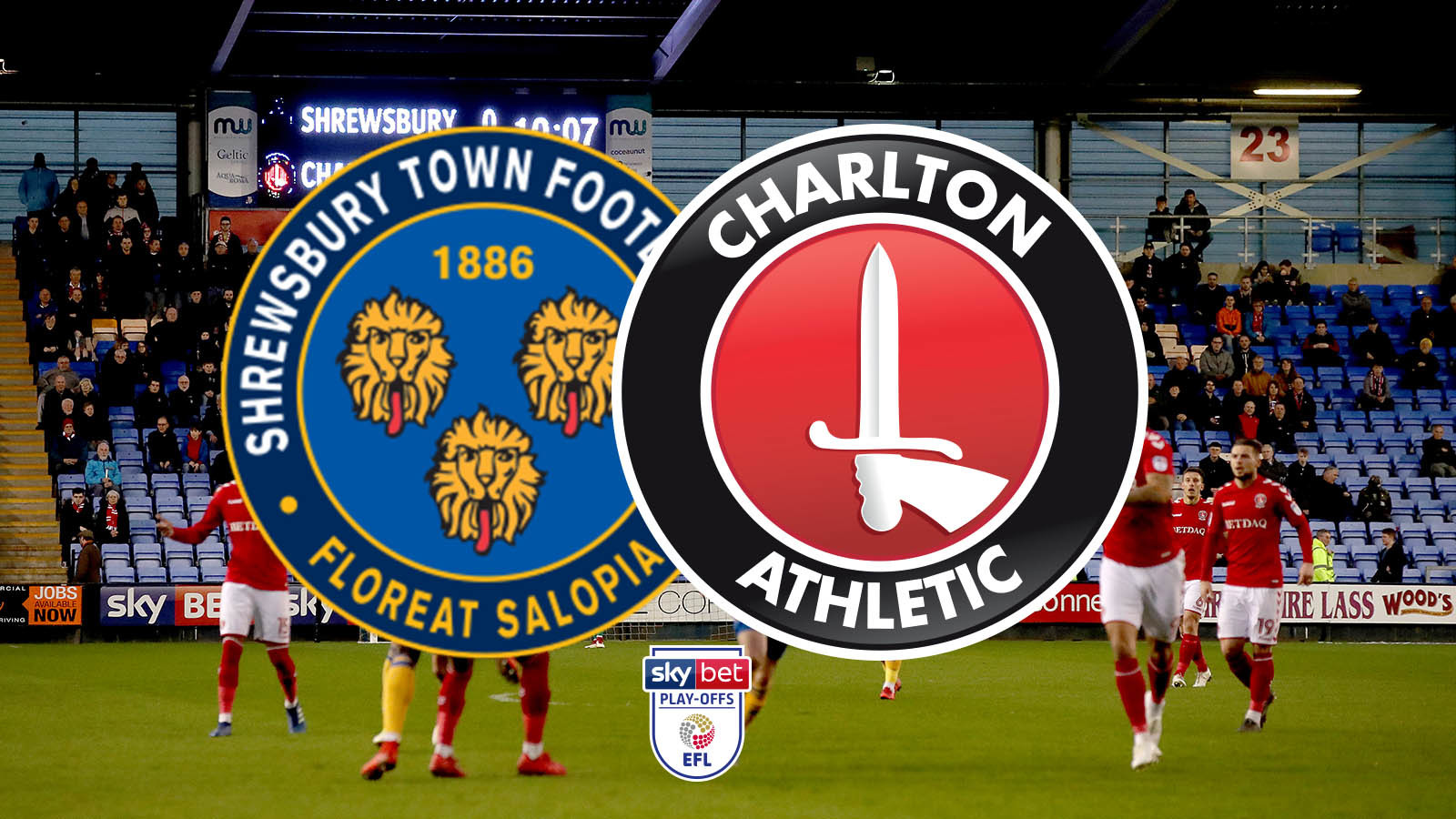 A goal behind but by no means out of the contest, Charlton head to Shrewsbury Town on Sunday for the second leg of their Sky Bet League One play-off semi-final (5.15pm).

The two teams fought out a tight encounter at The Valley on Thursday, with Jon Nolan’s 80th-minute wonder-strike sealing a one-goal victory for the Shrews.

The Addicks will still believe, though. Not only have they already won at Montgomery Waters Meadow this season but they have also shown their resilience in recent weeks.

When Lee Bowyer took caretaker charge of Charlton, they were five points outside of the top six. They battled to fight their way in and now they will need to battle again to earn a place at Wembley Stadium.

Charlton will again hope to call upon Tariqe Fosu, with the winger having made his comeback from a hamstring injury on Thursday night. The game comes too soon for Lewis Page, while Billy Clarke and Chris Solly are also both sidelined.

For Shrewsbury, Abu Ogogo is out with a knee injury and Junior Brown also remains on the treatment table.

Thursday’s meeting was the 22nd match-up between Charlton and Shrewsbury. The Addicks will be looking for win number seven on Sunday and, at the same time, their second victory in Shropshire in less than a month.

Jason Pearce and Josh Magennis scored in Charlton’s 2-0 win at Montgomery Waters Meadow in April and highlights from that match are available to watch on Valley Pass.

So far this season, he has overseen 41 matches – the majority of which have come in the Sky Bet Championship – where he has brandished 164 yellow cards and 10 reds.

Simpson last officiated the Addicks in April 2015 for their clash at Birmingham City.

He will be supported by linesmen Shaun Hudson and Michael George and fourth official Andrew Madley.

Away end tickets for Sunday’s play-off second leg have SOLD OUT.

For more information on Sunday’s sell out, please click here.