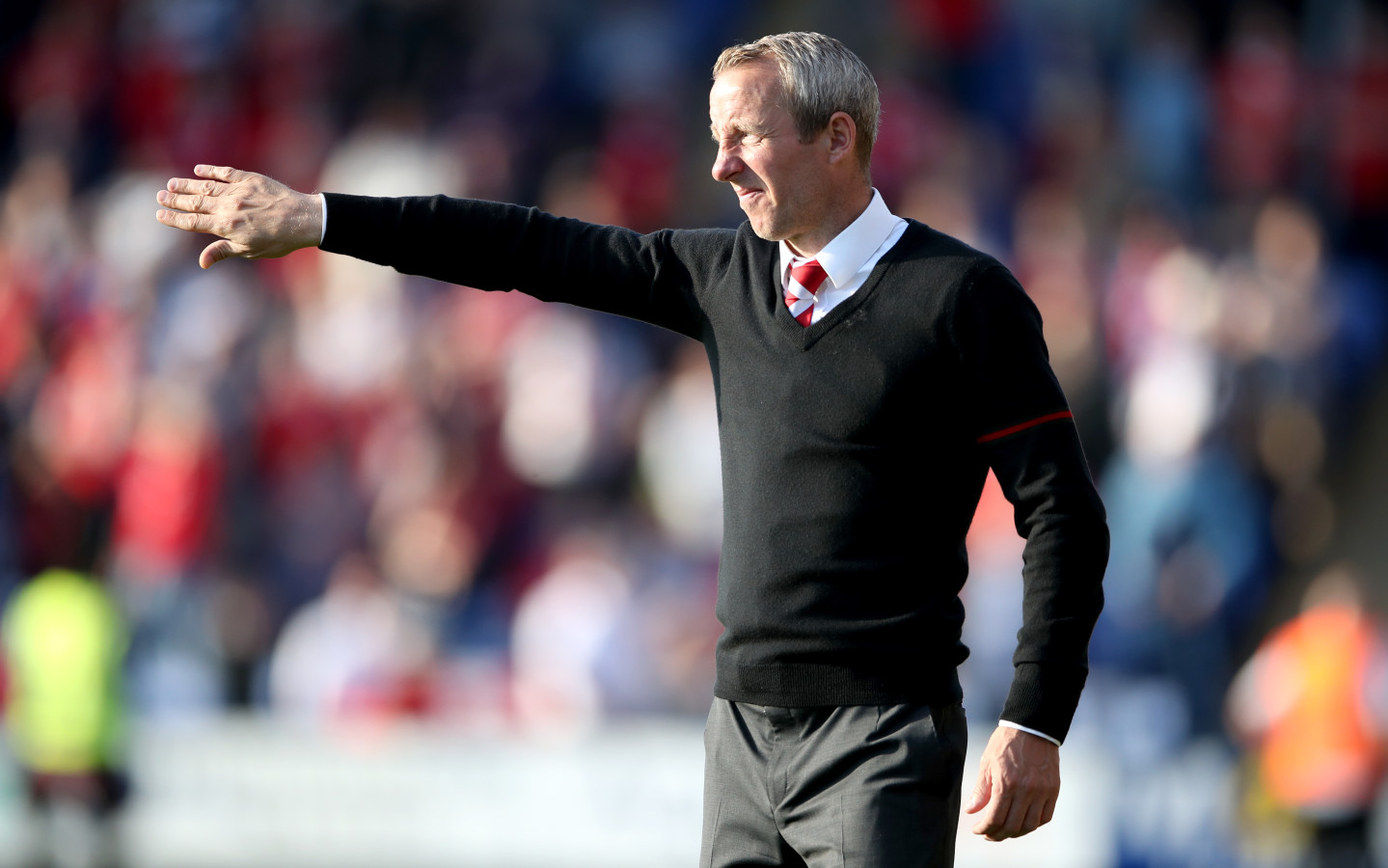 The Addicks had 16 shots to their opponents nine in the second leg but hit the target just three times.

Caretaker boss Bowyer said: “I thought we were the better side first half. I think we passed through them with ease after the first 10 minutes once we realised we had to lend the ball to each other, then when we got to the final third we just didn’t take care of the ball really and again we didn’t take our chances.

“Second half I thought they looked a bit fresher than us and sharper. I think we were ok and then they nicked that goal. I don’t know where it came from and then it’s always going to be tough but unfortunately if you don’t take your chances then you are never going to win that game.”

The Addicks had a strong penalty appeal turned down in the first half after Joe Aribo danced around his marker and struck a cross from the left which appeared to hit the arm of a Shrews defender. Bowyer said: “I’m hearing it was a penalty. I thought it was a penalty at the time but it doesn’t matter now, it’s done now. There is no point thinking ‘What if?’ ‘What if?’, we still had enough chances in today’s game and on Thursday to go through.

“They didn’t have many chances, I can’t remember them creating many. Obviously when we were pushing forward towards the end they did but I can’t remember Ben having to make too many saves again today, until the end when it got to that stage.”

When asked if Charlton deserved to go through he said: ”On paper they scored two goals and we scored none but over the two legs were they the better team? I’d have to say no. First half on Thursday I thought we were by far the better team. Second half they hit us on the break a few times but they didn’t hurt us but we missed too many chances and today the same.”

More to follow with Bowyer on Tariqe Fosu and his own Charlton future.

A full post-match interview will be available on Valley Pass shortly.