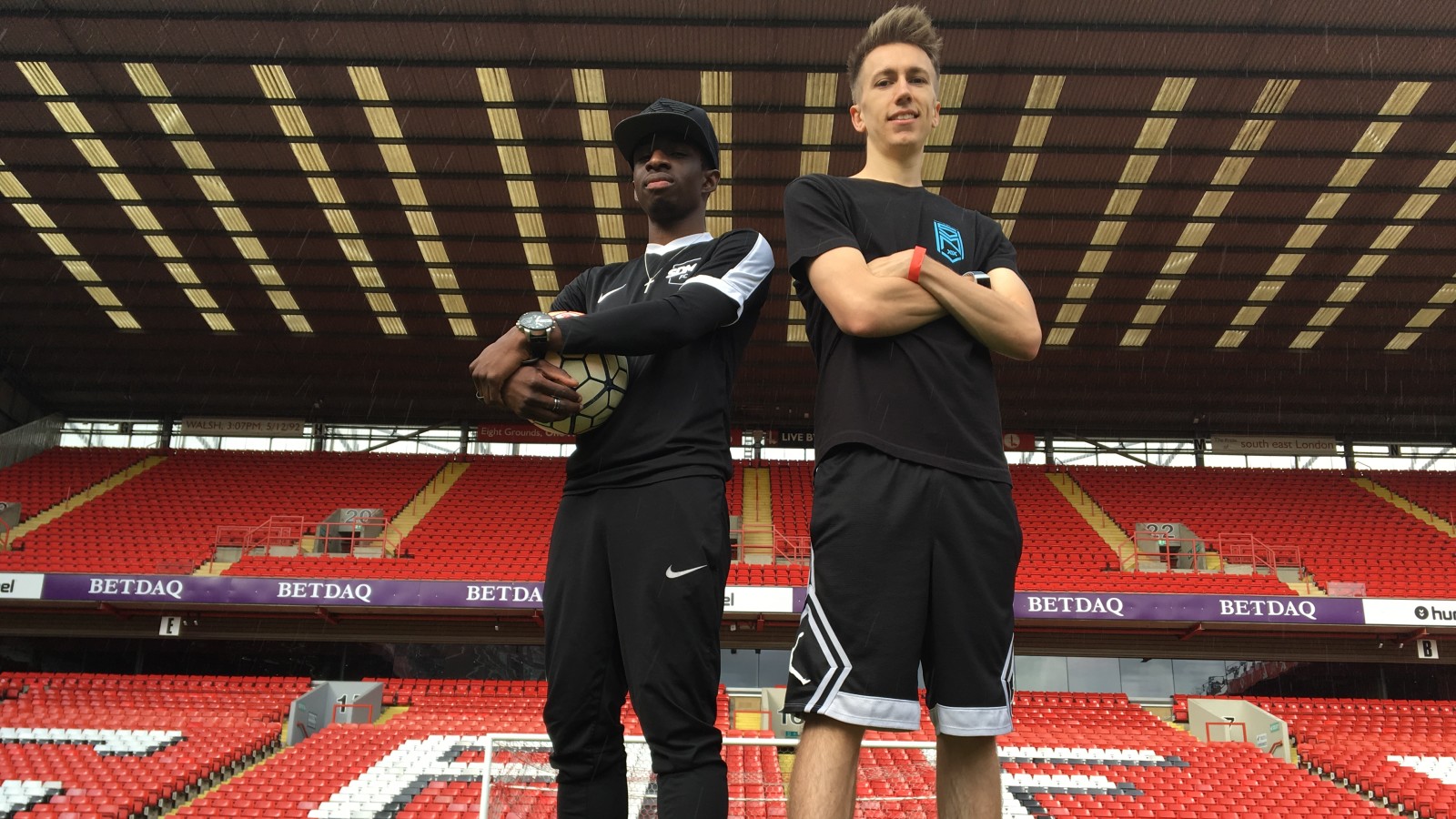 Sidemen FC stars Miniminter and Tobi Jizzle are relishing the chance to get back out on The Valley pitch and compete against a new-look YouTube Allstars team.

The Sidemen’s now annual charity match sold more than 27,000 tickets last year and on June 2nd it will again be hosted in SE7.

For 2018, a host of new, world-famous online influencers have been invited to form part of the YouTube Allstars team and the Sidemen duo cannot wait to face them.

“We’ve invited a YouTuber called Keemstar [who has 3.66million subscribers on his YouTube channel] and I am really looking forward to seeing him play,” said Miniminter

“We have a lot of new faces, probably 10 to 15 of them, and I’m looking forward to seeing them all. We’ve invited a whole new bunch of people and it should be another great match.”

This year’s event will help to raise funds and awareness for the Charlton Athletic Community Trust (CACT) and mental health charity Young Minds.

Last year, £210,000 was raised for CACT and the NSPCC’s Childline service. On the pitch, the Sidemen were beaten 2-0 by the YouTube Allstars and that is something Tobi is keen to put right.

He said: “I wouldn’t say that things went wrong, they just didn’t necessarily go right! The day was great; we filled the stands, raised a lot of money for charity and the only thing I really wanted was for Vikkstar to score because it would have meant a lot to the crowd.

“They were chanting his name a lot last year, so hopefully this time around we can rectify that and get him a goal.

“It was ridiculous [playing in front of 27,000 fans]. We did a similar charity event previously and we had just over half of the numbers. To get double that was incredible. It was unreal.”

Miniminter is a life-long Leeds United support and with Lee Bowyer, a former Elland Road favourite, having led Charlton as caretaker boss in the latter part of 2017/18, the Sidemen man took a moment to remember watching him as a youngster.

Miniminter said: “I remember the no-nonsense football of Lee Bowyer. I like doing tricks and stuff but watching someone who doesn’t take any of that nonsense, that is the best kind of football to watch, for me.

“We had the pleasure of meeting Lee last year, he was a very nice guy and I wouldn’t have expected that having watched him on the pitch!”

Tickets for the event are selling quickly and they are priced at £18 for adults and £12 for U16s. Please click here to purchase your tickets online.

Fellow Sidemen member Vikkstar added: “This is probably the last event of its kind for the Sidemen and it is currently 1-1 in games between us and the YouTube Allstars. This is the tie breaker match and we’d love to see it end on a high in front of as many people as possible at The Valley.

“Everyone involved is getting very excited about the game as a lot of new names will be freshening up the squads. It’s a one-of-a-kind event and, as always, it will help to raise some important money for two excellent charities.”