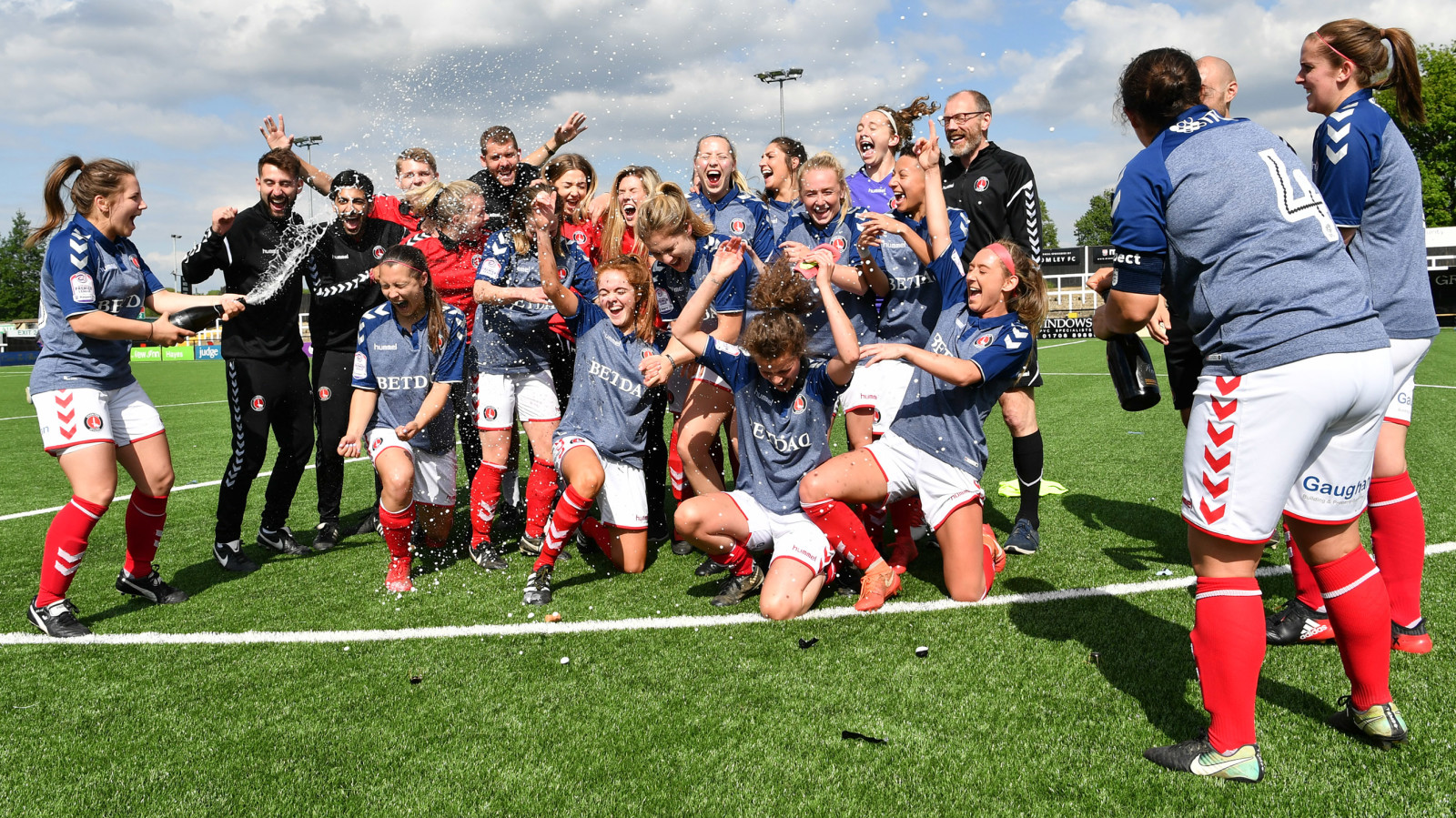 The women’s team host Chichester City in their final league game of the season before they start to prepare for the FAWPL Championship Play Off against Blackburn the weekend after.

Watch highlights and interviews from the women's team here.

The Addicks will receive the FAWPL South trophy after the game, and the club is offering free entry for everyone wearing a Charlton shirt, as well as Charlton season ticket holders and under 16s.

And head coach Mishra has urged fans to send his side off to Sheffield in style. “We’re all very excited for Sunday. For most of our players and staff it’s a new situation and we’d love to see as many people there as possible,” Mishra said.

“Hopefully the free entry is a good incentive for people. Obviously the men’s team’s season has finished now and if there’s anybody around, if you get your Charlton shirt on you can get free entry. We know it’ll be a good occasion and we’d love as many fans as we can to be part of it.”

An 8-1 home victory on Wednesday extended the women’s team’s lead at the top of the table to five points, and a win on Sunday would make them the biggest winners of the Southern Division for five years.

A repeat of the reverse fixture at the start of May, with Charlton won 6-0, would see them hit the 100-goal mark from just 22 games. And two goals for prolific striker Kit Graham would net her the golden boot award.

Mishra added: “[Scoring 100 goals] would be an incredible feat and winning the league by eight points is a huge gap when you look at this league over the past five years or so.

“Our priority as ever is just to win the game, but once we score one it seems to breed confidence to go and score more. The icing on the cake for us would be to get Kit Graham the golden boot and we’re going to be trying as best we can to give her the opportunity to get that.”

Having wrapped the title up last weekend by beating Crystal Palace 4-0, the pressure has been off his side, which Mishra says is the “perfect scenario”. “We went into the Palace game thinking that if we could get the league done and dusted it gives two unique opportunities for us to just go and play without any pressure whatsoever,” he explained. “That’s something our players aren’t used to doing – they’re always expected to win.”

It also allowed him to give a few players a well-deserved rest, ahead of what will be the club’s biggest ever game at Bramall Lane on Sunday, May 27. Despite that, they still beats Gillingham convincingly.

Young striker Georgia Griffin netted a hat trick and new signing Melanie Parreno Espinosa impressed on debut. “Because of the position we’re in we were able to give a few people a bit of a breather, a few bodies that needed to be recovered ahead of this weekend and next weekend,” Mishra continued.

“It was, therefore, an opportunity for some of the squad players to stake a claim for this weekend and they all did pretty well. We started off a bit nervy – first 15 minutes I didn’t think we played well at all, but after that we grew into the game and scored some really good goals.”

There’s just a belief that, no matter which players we play, we’re going to win the game at the moment and you could see that on Wednesday.

Watch highlights and interviews from the women's team here.