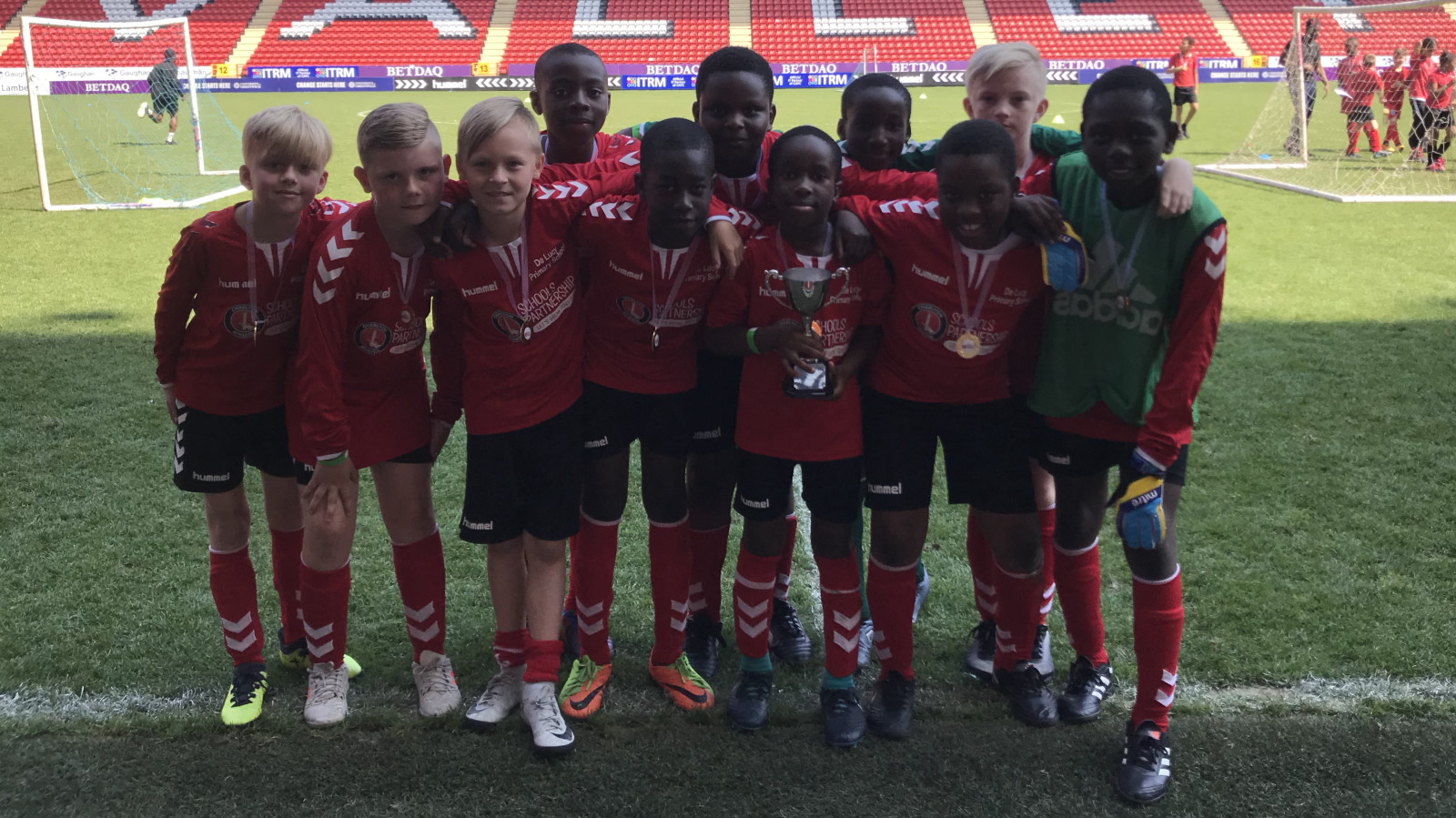 Hundreds of youngsters have had the opportunity to grace The Valley’s turf this week, with the Young Reds’ annual football tournament and our Schools Partnership competition both taking place.

The Young Reds, Charlton’s official young supporters’ membership scheme, is set to undergo a complete revamp this summer and every year their members are invited to play on SE7’s famous pitch.

Split into small-sided games, more than 80 excitable young Addicks were able to emulate their Charlton heroes at The Valley.

On Tuesday afternoon, 10 local primary schools were invited to The Valley for the club’s now annual Schools Partnership competition.

Every participating school is part of the ever-growing partnership and each team were donning an eye-catching kit that had been donated to them by the club and its kit partner Hummel.

They became the third champions of the tournament, joining 2017’s joint-winners Cardwell Primary and Horn Park Primary, and teacher Alan Lado-Devesa was grateful to Charlton for giving their pupils the opportunity to play on the Valley pitch.

“The players could not wait to attend the tournament and they felt so lucky to have played on the pitch,” he said. “Our team was made up entirely of Year 5 children and it was a once in a life time opportunity for them.

“We won two and drew two of our four group matches, finishing runners-up, and then won 2-1 in the semi-final before drawing 0-0 in the final and winning on penalties. It was a great experience for us all and I’d like to thank Charlton for making it all possible.”