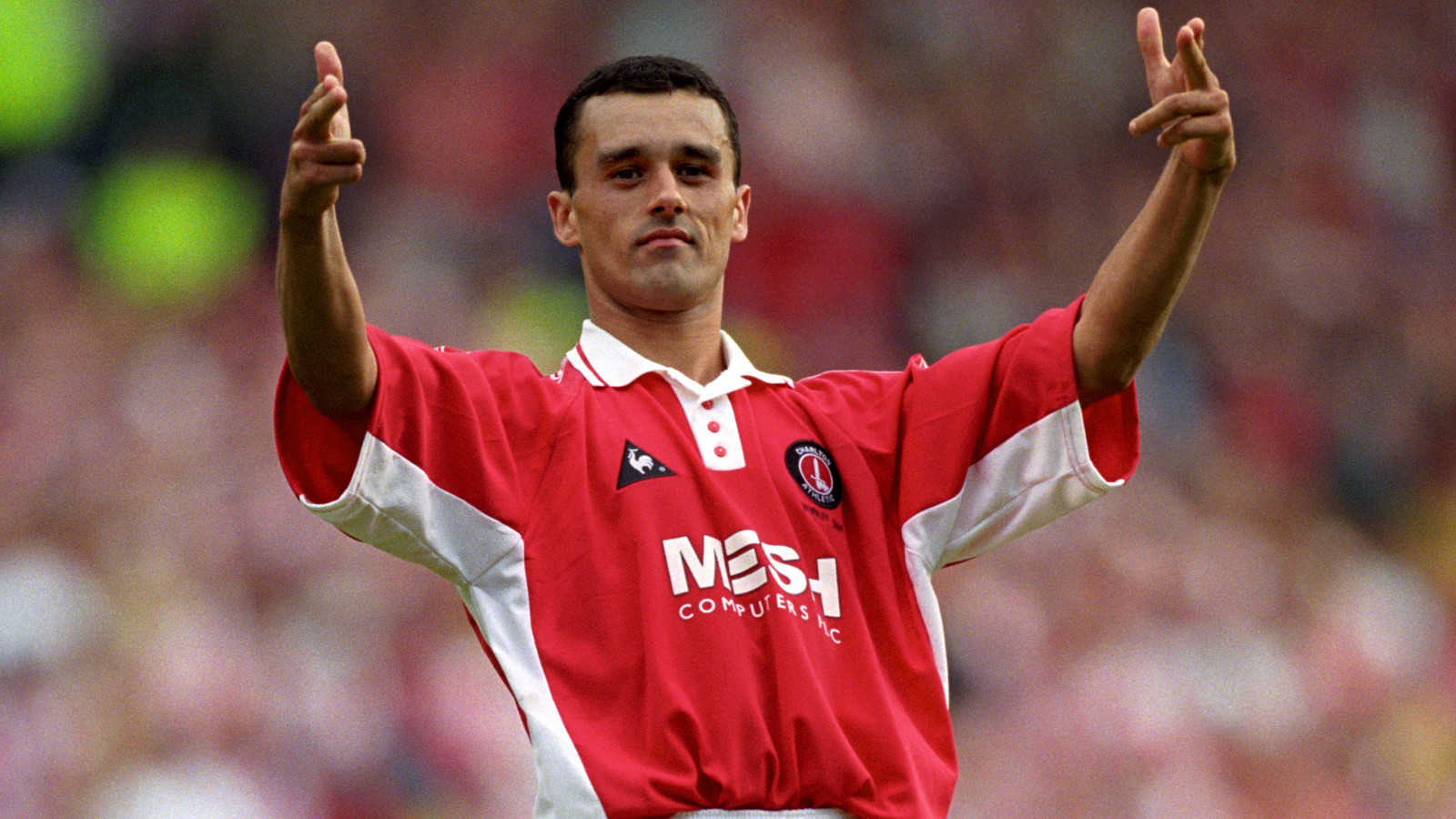 When Clive Mendonca rippled the Sunderland net for the fourth time at Wembley Stadium on May 25th 1998, he struck a pose that would that go down in Charlton history.

The heroic striker had already bagged a stunning hat-trick to force the emotion-sapping match to penalties and when his shootout spot-kick found the corner of the goal he lifted both his arms aloft to create ‘the guns’.

The celebration has since gone down in Charlton folklore, but what is the story behind it?

In January 2015, Valley Review – the club’s official matchday programme – conducted an exclusive interview with the former Addicks legend where he explained what it was all about.

“There was a lad who had come on trial with the club and he scored a goal in training and got the guns out, said Mendonca. “We couldn’t stop laughing!

“Bradley Allen and Kevin Nicholls always said ‘Clive, get the guns out!’ but I never did. I just didn’t celebrate like that.

“After that penalty, though, I gave up and did it, and it was just fate wasn’t it? We used to laugh about it all the time in training, then I did it at Wembley and now it’s quite the iconic image.”

Mendonca’s treble came at the end of his first season at The Valley and it cemented his place as a Charlton legend. And speaking in 2015, he was eager to thank the club’s supporters.

He said: “I will always love football and Charlton will always hold a special place in my heart. I really enjoyed my time there – it was the best period of my career – and I want to thank the fans because they were fantastic with me.

“The fans were magnificent. They took to me straight away. When I went out there [on the pitch], I gave it my all and I hope they will always remember me for that.”