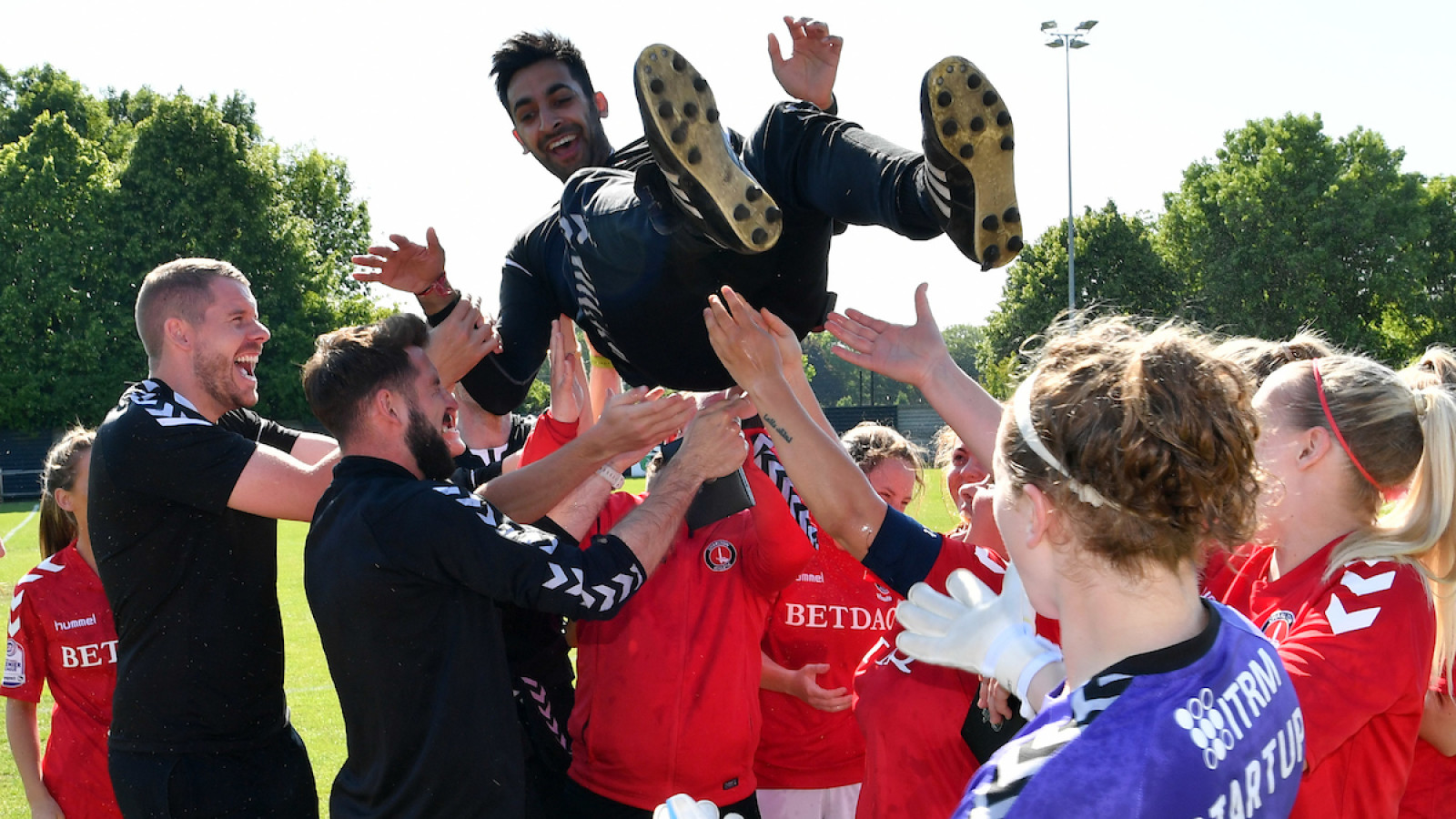 The Addicks enjoyed a fantastic regular league season, winning 20 of their 22 league games and scoring 98 goals in the process.

That saw them finish eight points clear of their closest competitor – the biggest winning points margin in FA WPL South in a decade – and Valley Pass spent the day up close to the boss.

The cameras were able to capture his arrival at Sporting Club Thamesmead, his pre-match and half-time team talks, his in-game management and all of the post-game celebrations.

The feature is available for all Charlton supporters to watch for FREE on Valley Pass.