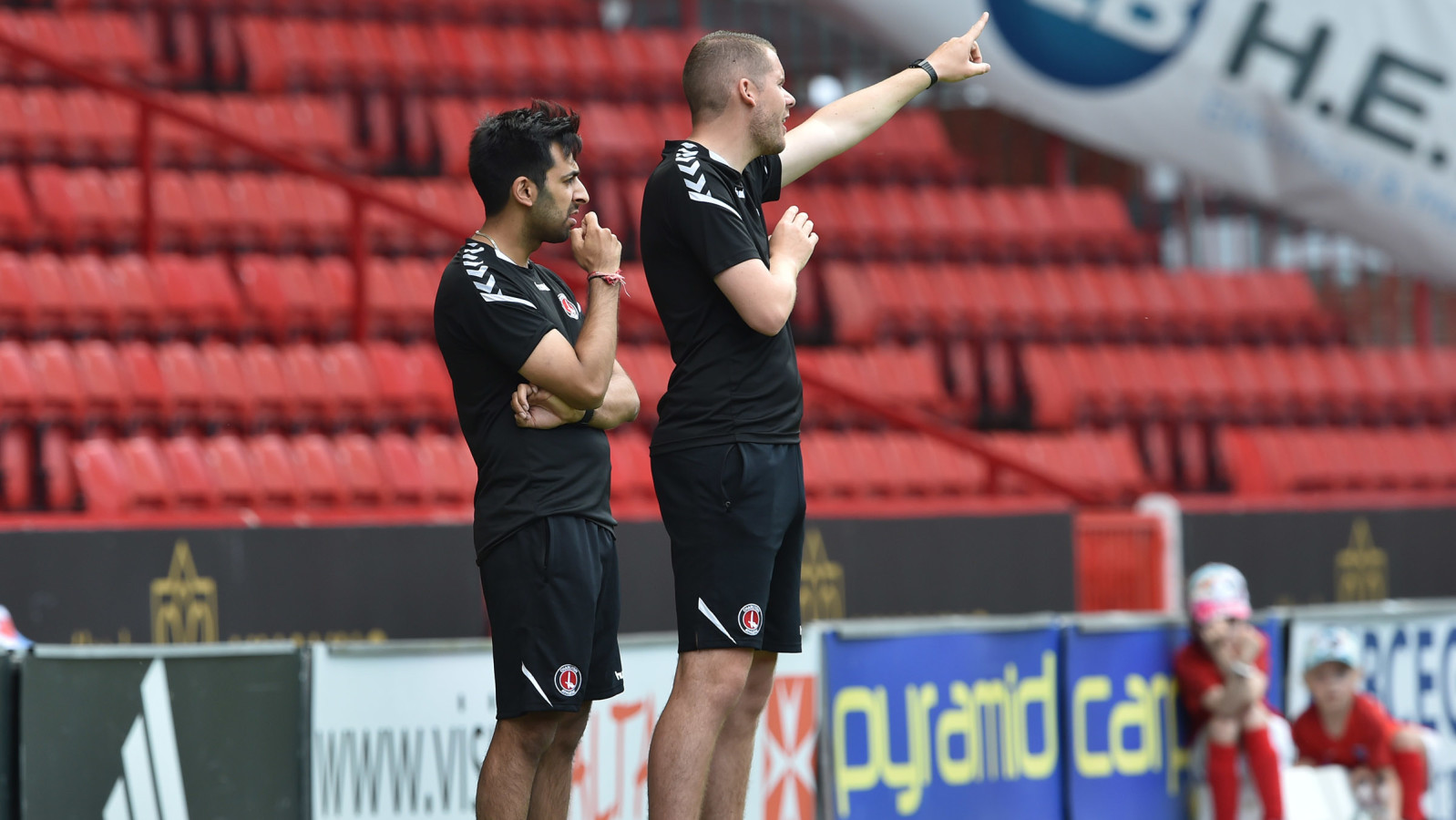 The management partnership had a successful season, ultimately winning promotion to the newly-formed Women’s Championship following Sunday’s victory over Blackburn Rovers as well as silverware with victory over Crystal Palace in the Capital Cup.

Mishra, who came through the ranks as a youth team player with Nottingham Forest, originally joined the Addicks in 2014 as the Women’s U16s coach. He then progressed up through the ranks, taking on the reserve team before stepping up to his current position in 2016.

Speaking with Valley Pass, Mishra was pleased with being able to continue his role.

“The club’s given me an opportunity and I’m fortunate enough to be in this position.

“I really didn’t want to leave the group that we’ve got. We’ve created something together and for me to walk away was never really a thought.”

Marrs linked up with Riteesh at the start of the 2017/18 season, having previously managed Brighton and Hove Albion Women, West Ham Ladies and Gillingham Ladies.

“It’s taken me a while to get back to coaching at a higher level but I’m very thankful to Riteesh Mishra, Stephen King and Sue Prior for giving me the opportunity to come in and coach.

“It’s down to hard work from myself to help the manager and the squad to achieve as much success as possible.

Chairman Stephen King said: “I am delighted that the club has been able to secure the ongoing services of Riteesh and James as First Team Manager and First Team Coach respectively.

“It’s something we had been talking about over recent months but until we knew which division we’d be in, nothing could be finalised.

“Riteesh has proved himself to be an exceptional motivator and tactician. James brings a different dimension and a wealth of experience in the women’s game, covering all elements of coaching and game management.”

Valley Pass recently spent the following Riteesh Mishra behind the scenes ahead of their FA Women’s Premier League title winning match. This feature is free to watch on Valley Pass alongside highlights of all the Women’s games throughout the 2017/18 season.