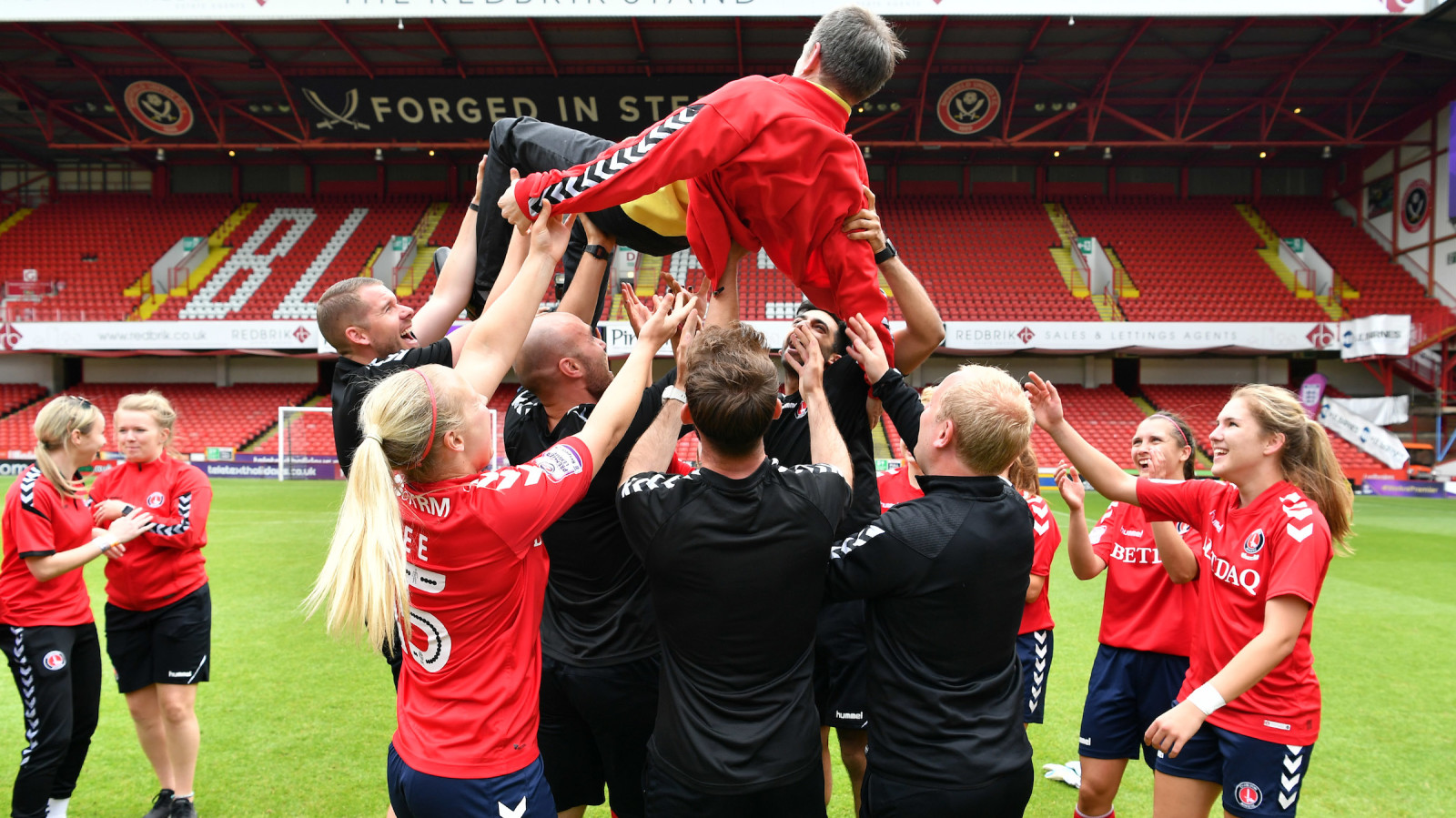 The win at Bramall Lane last month secured the club’s promotion and next season the Addicks will play their football in the newly-formed FA Women’s Championship.

And King has described exactly what it means for the club to be competing in the second tier next term.

“It’s the best thing that’s happened in the last 10 years,” he said. “This season, we’ve won the league, come here and won the play-off final.

“That’s a brilliant achievement for the whole team and everybody connected with the club.

“We used to be one of the top two teams in the country, us [Charlton] and Arsenal. We’re not quite back up to that level yet but I think we’ve finally regained the ground we’ve lost.

“Let’s hope next season is one of consolidation and ultimately, of course, we want to move back to the top tier.”

The promotion into the second tier is a fantastic feat but there is no time to rest now, as far as the chairman is concerned. King said: “If you’re not involved in football, you think that this is the time to take a break but actually it’s when the hard work starts.”

Due to the restructuring of the women’s game, King believes Charlton must work both on and off the pitch to continue to progress.

He said: “We’ve got to look at putting together a structure. We have various people in place that we couldn’t confirm because we didn’t know what division we were going to be in.”

Since promotion, manager Riteesh Mishra and first-team coach James Marrs have committed their futures to the Addicks, as have a number of first-team stars.

King said: “It makes life a lot easier when you are able to promise them football at the next level up.”