World Cup Addicks confident of an England victory over Tunisia 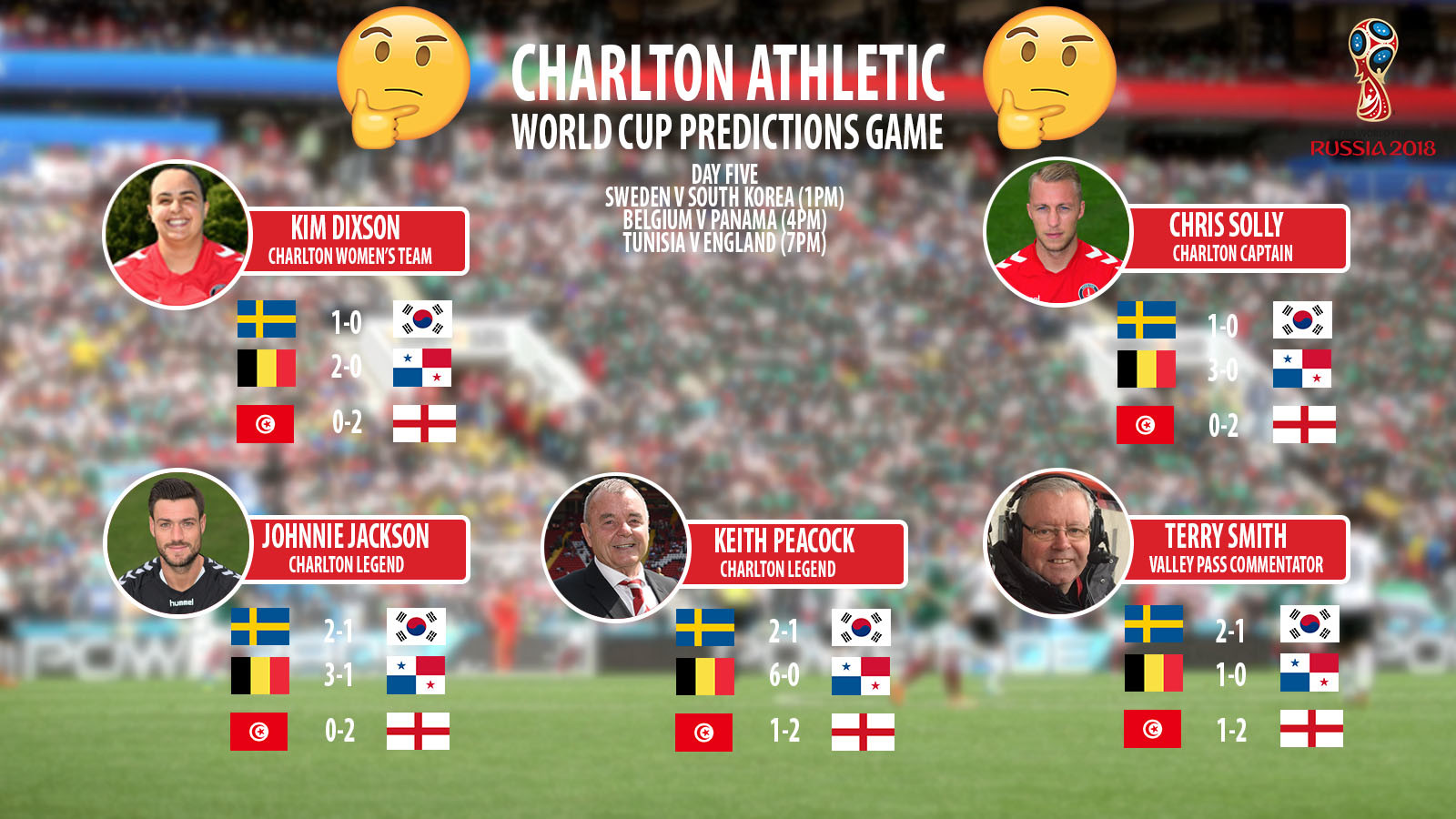 Charlton’s World Cup predictors expect wins for both Belgium and England in a competitive Group G on Monday.

Throughout the World Cup, Johnnie Jackson, Chris Solly, Kim Dixson, Terry Smith and Keith Peacock will be predicting the scores of every match in Russia.

England begin their World Cup campaign in Group G’s match-up against Tunisia in Volgograd. Kick-off is at 7pm with BBC’s coverage starting at 6.15pm.

A Belgium win would certainly put pressure on England, as we fight for superiority in Group G.

However, Gareth Southgate’s men could make a statement with a convincing victory, considering the unimpressive performances from the ‘elite’ nations so far. As attention turns to England, how do Charlton’s predictors think the Three Lions will fair?

A clean sweep of England wins makes for encouraging reading. While expectation surrounding the national side has dropped in the last two years, it seems we can be quietly optimistic of a positive result this evening.