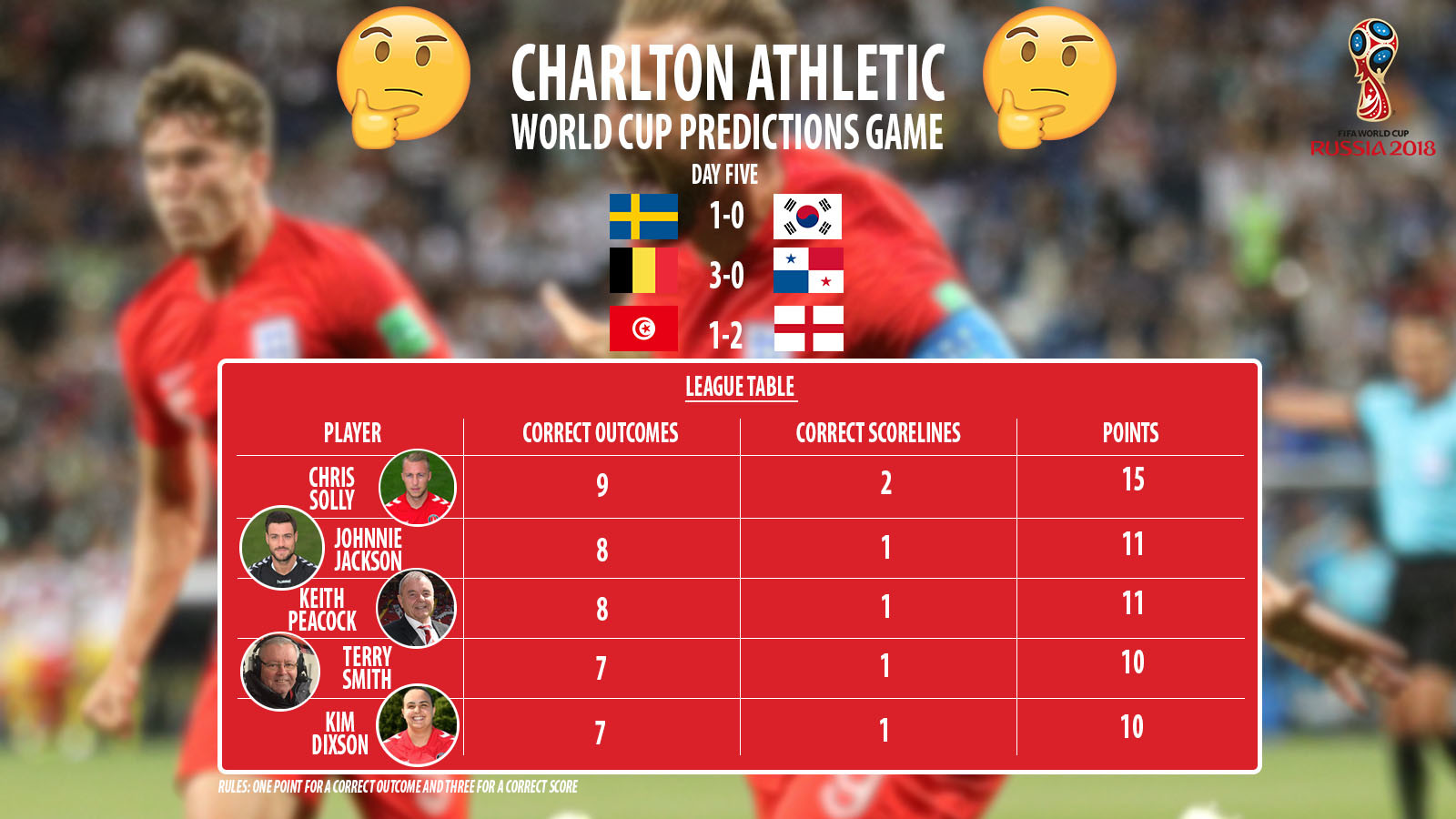 Match day five in Russia proved to be a successful one for our FIFA World Cup predictors.

The quintet’s optimism in England paid off, eventually, with Harry Kane netting the winner in the 91st minute. Kim Dixson, Chris Solly, Johnnie Jackson, Keith Peacock and Terry Smith all predicted wins for Sweden, Belgium and the Three Lions.

Charlton skipper Solly also correctly forecasted a 1-0 win for Sweden over South Korea, followed by an easy win for Belgium. The full-back racked up an impressive seven points, almost doubling his overall score to 15, keeping him at the top of the leaderboard.

Addicks’ legend, Jackson gave up his joint-lead in the prediction table, having guessed three correct outcomes, but no correct scores. His three-point total in match day five saw Solly stretch out in-front.

Can the predictors continue their impressive form as Group H kicks off in Saransk on Tuesday afternoon? You can see their guesses below…