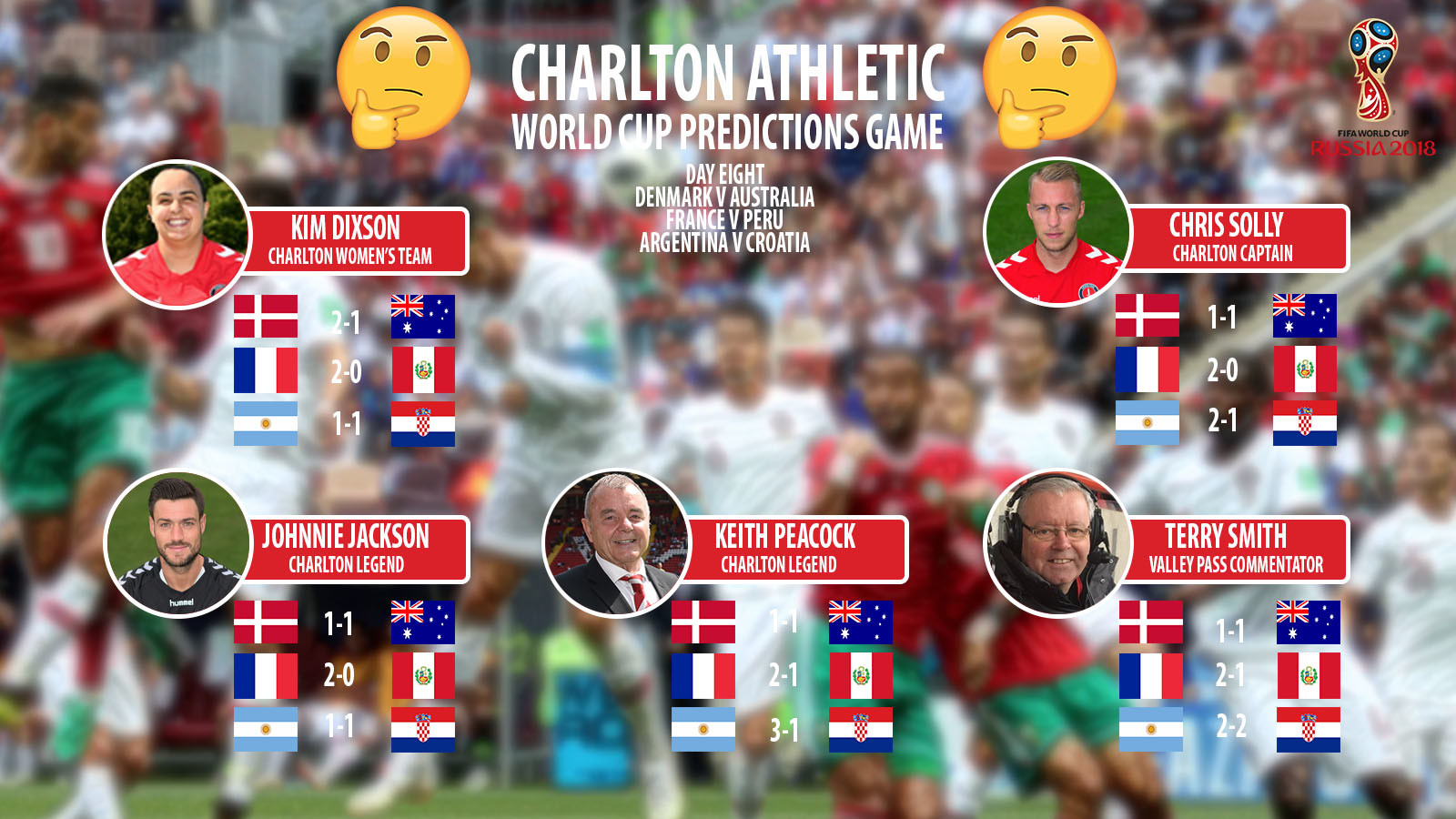 Charlton’s World Cup predictors are expecting a series of tight matches on Thursday as the FIFA World Cup enters its second week in Russia.

Addicks captain Chris Solly currently sits at the top of the leaderboard and, throughout the competition, he, Johnnie Jackson, Keith Peacock, Kim Dixson and Terry Smith will be predicting the scores of every world cup match.

All five Addicks correctly guessed the outcomes off all of Wednesdays matches, which saw Portugal, Urguay and Spain earned victories. The latest Charlton World Cup league table is available to view below: