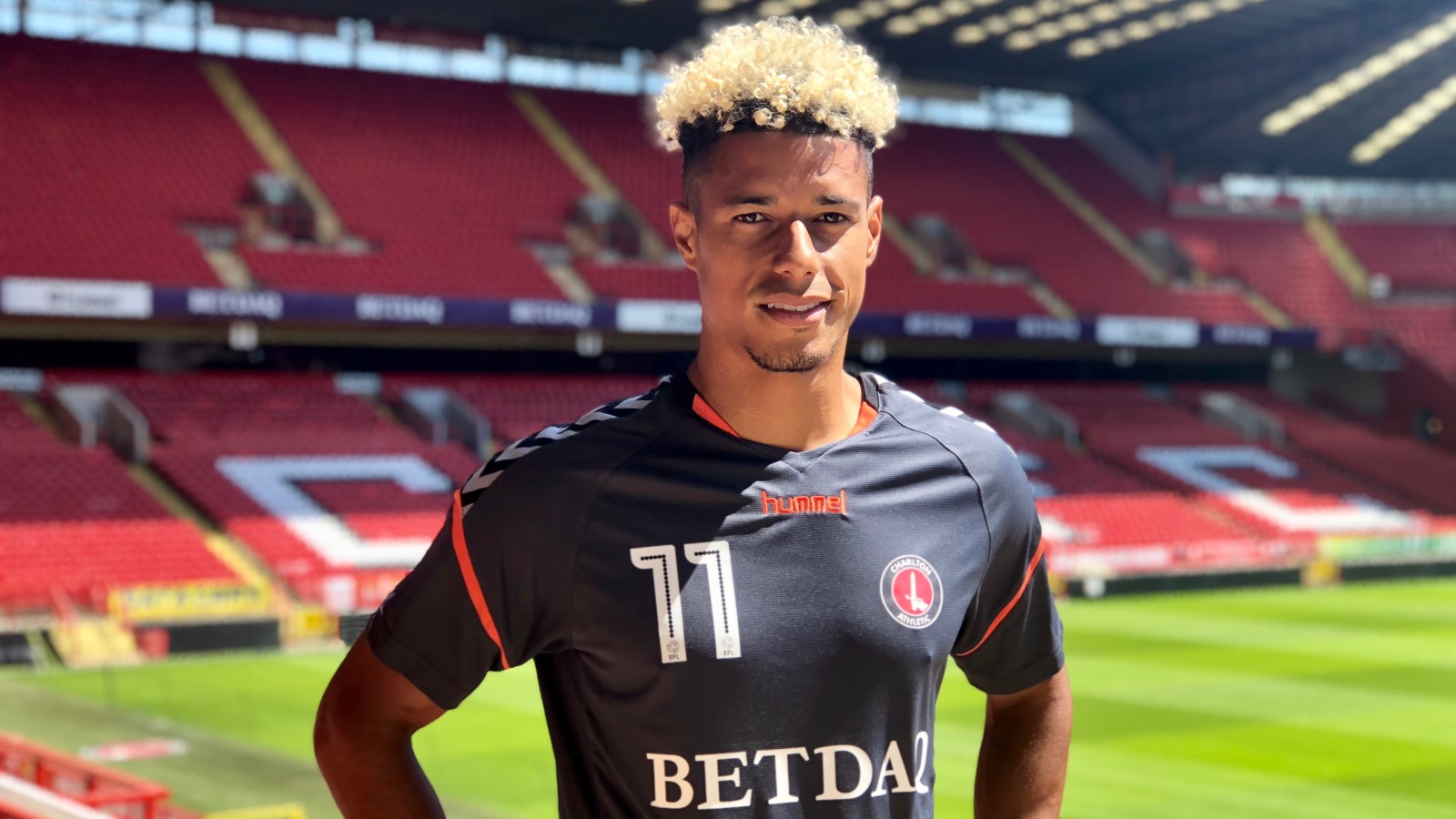 Charlton Athletic’s newest recruit was born in Greenwich, grew up in New Cross and he is over the moon about joining the Addicks.

Speaking to Valley Pass in his first interview as a Charlton player, the 28-year-old striker explained he’s a very much a South East London boy.

The signing is Lee Bowyer’s first in management and the Charlton caretaker boss was swift to praise Taylor’s ambition in turning down other club’s for the Addicks.

The former AFC Wimbledon man scored three goals against Charlton last season and he clearly caught his new manager’s eye. Speaking to Valley Pass after the Addicks 1-0 loss to Wimbledon in April Bowyer said: “Their front man Taylor, I thought was outstanding, outstanding. That was the difference I think.”

Bowyer and Gallen moved quickly for their number one target a fact Taylor appreciated. “It’s always nice when you are noticed for doing your job and that’s what happened and I’m here now, looking forward to starting and seeing where we can go this year.”

Throughout the interview Taylor spoke with the calmness and confidence of a man who scored 18 goals last season but he’s not taking anything for granted this season. He said: “It’s going to be a challenge, make no mistake. This league isn’t an easy league and everybody has seen that it’s not easy to get out of this league, so we’re going to do absolutely everything we can to make it a reality. Fingers crossed with the backing of the fans and everyone involved we’ll be able to do it.”

You can watch Taylor’s first interview in full on Valley Pass.

Season tickets are available to purchase online via the new ticketing website by clicking here.