CACT and ITRM partnership to continue for fifth successive season 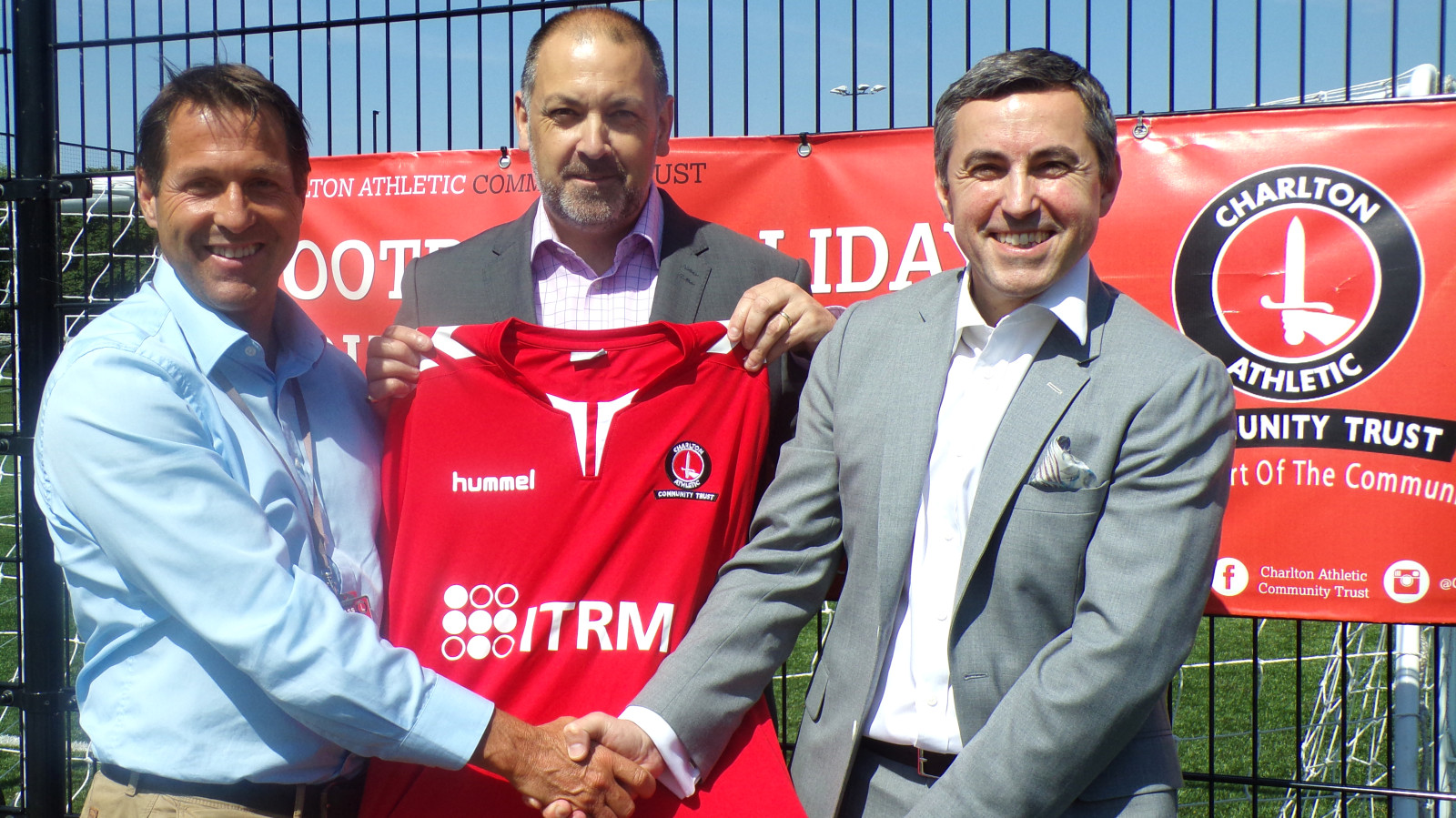 Charlton Athletic Community Trust (CACT) have today announced the continuation of their highly-successful partnership with ITRM, a privately owned, award-winning, accredited IT Managed Service Provider based in Sidcup.

Under the new agreement, ITRM – who on Wednesday, June 27th were announced as being the 'Business of the Year' at the Bexley Business Excellence Awards – will be recognised as CACT’s “Principal Partner” and will see the ITRM logo adorn the front of all kit worn by CACT staff and its affiliated football teams; including the Ability Counts Pan-Disability teams, the Charlton Deaf team, the Charlton Invicta LGBTQI team and the ground-breaking Down's syndrome team, the Charlton Upbeats.

Dave White, ITRM’s Managing Director, said: “Our reason for entering into a partnership with the Charlton Athletic Community Trust in the first place was because I genuinely felt we share the same values.

“Most firms have a Corporate Social Responsibility (CSR) policy as being socially conscious and active in your local community is extremely important, but our commitment to our community goes way beyond just being a policy, it is engrained in our corporate ethos.

“We have entered into this agreement with CACT as a way of demonstrating that we are genuine in everything we do, both with our staff and our customers. Supporting the ground-breaking work of CACT is the perfect partnership for us as this is about ITRM doing what is right in our community and living our values every day. This is what defines us and separates us from the competition.”

He continued: “Jason Morgan has built an impressive organisation. The Trustees are wonderful people, fully committed to achieving CACT’s goals and the staff are truly exceptional, a credit to themselves and their families, a credit to CACT and a credit to our community.

“I am very proud of the relationship we have built with CACT and immensely pleased to be celebrating the start of the fifth year of our official partnership, long may it continue.”

Jason Morgan MBE, CACT’s Chief Executive, said: “We are incredibly grateful to Dave White and the whole team at ITRM for their continued support of CACT. ITRM are a company that go above and beyond the levels of a normal commercial sponsor and it’s a pleasure to have had such a positive partnership over many years. Dave and his team support every aspect of CACT’s work and recently Dave and his family attended a weekend away with the Charlton Upbeats at the DS Active National tournament in Birmingham, which just underlines his commitment and that of ITRM'.”

“I would like to add my personal thanks to Dave and all his staff for all the years of support, and hopefully we can build further on the relationship already established in the years ahead.”