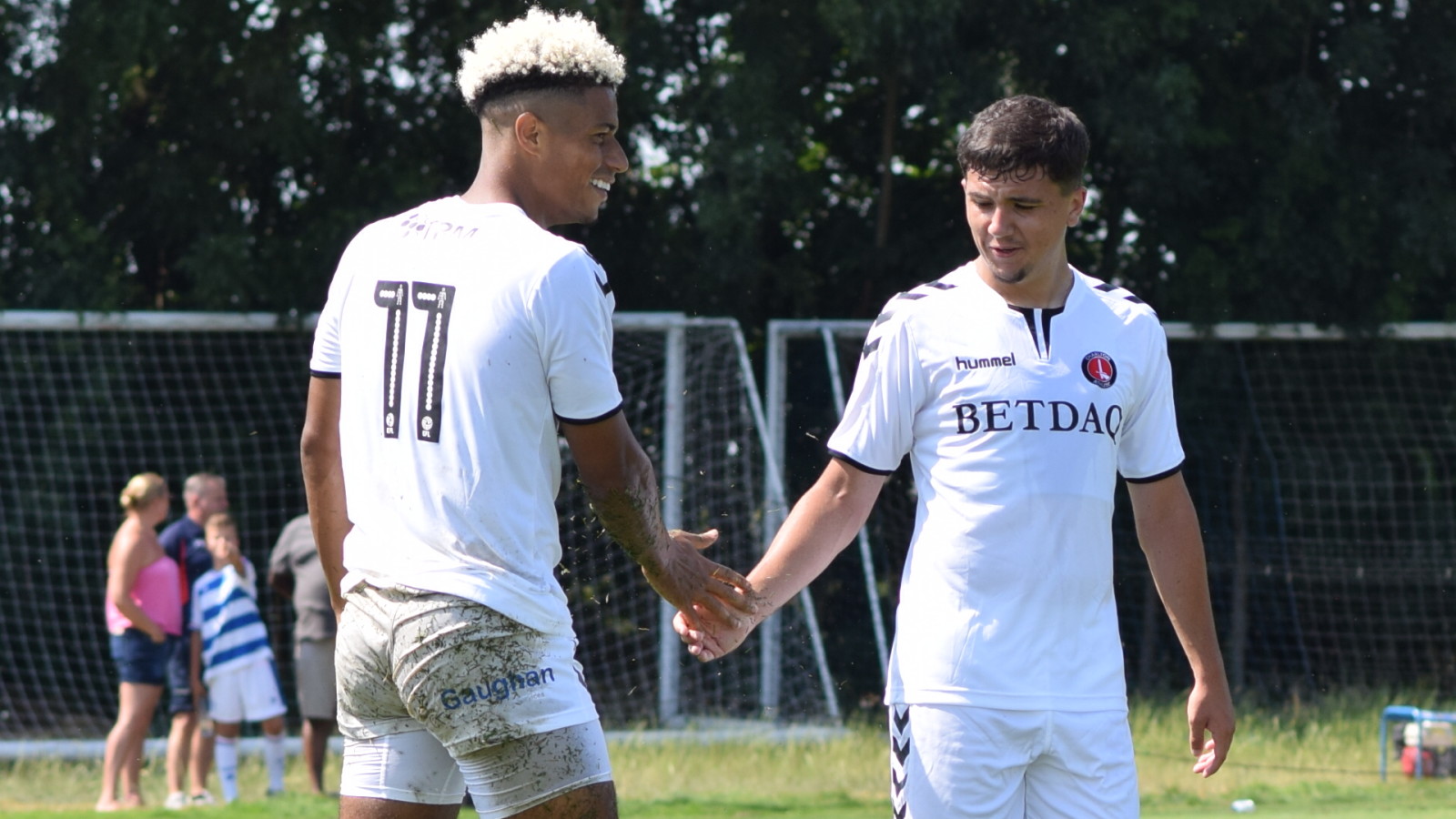 Lyle Taylor netted his first Charlton goal as the Addicks kicked off their pre-season campaign by contesting a 3-3 draw against Championship club Queens Park Rangers on Saturday morning.

The summer signing broke the deadlock on the half-hour mark and, after Ebere Eze had equalised, Igor Vetokele’s strike ensured that Charlton held a half-time lead.

In the second half, Conor Washington grabbed another equaliser for Rangers before Patrick Bauer nodded the Addicks back in front. Alex Baptiste made it three apiece and that proved to be the final action as the friendly clash ended all square.

Caretaker boss Lee Bowyer elected to name a separate XI in each half for the Addicks’ first match of pre-season, with a number of opportunities being handed to young players.

Recent academy graduates George Lapslie, Albie Morgan, Alfie Doughty and Anfernee Dijksteel were all handed starts in the first period, while up front Vetokele made a return to Charlton action following two years away, and there was also a maiden Addicks run-out for new man Taylor.

The first chance of the game fell the way of Charlton on three minutes when Vetokele laid possession back to Jake Forster-Caskey, who whizzed a low strike just wide.

Rangers forward Matt Smith thumped a 20-yard strike over Dillon Phillips’ crossbar with eight minutes on the clock and, following a fairly even beginning, it was the Addicks who were next to threaten.

First, Taylor and Vetokele linked up well but the latter just slipped as he went to shoot and, with 17 minutes on the clock, youngster Morgan looped a volley just wide.

The Addicks were now on top and they made their dominance count on 28 minutes. Tariqe Fosu broke down the left-hand side and whipped in a dangerous, low cross that Taylor poked home from close range.

It was a real poacher’s finish from the summer signing and it rewarded the south-east Londoners for a good spell of pressure.

The R’s tested Dillon Phillips a couple of minutes later when Ebere Eze fired a free-kick into the goalkeeper’s arms, and on 34 minutes Jake Forster-Caskey was well placed to clear away a goal-bound Smith header from a corner.

Rangers levelled on 39 minutes. Forward Ebere Eze dribbled into the penalty area and made himself half a yard before firing a low strike into the bottom corner.

The equaliser had come slightly against the run of play and, on the stroke of half-time, Eze came close to his second when he forced Phillips into a fantastic save from his powerful, 20-yard strike.

The two teams looked set to head in all-square but Charlton created one more chance before the break. They made it count. Fosu and Morgan combined on the right and the former released Vetokele, who smashed the ball into the net from a tight angle.

It was a great finish and Charlton deservedly took a lead into the break. Following the restart, the Addicks’ second XI created the first chance of the second period when trialist Simon Dawkin sent an ambitious strike over the crossbar.

Charlton came within a whisker of netting their third on 53 minutes. Nicky Ajose arrowed a left-footed strike towards goal, which Matt Ingram made a brilliant save from, and Rangers centre-back Alex Baptiste then did equally as well to hack Josh Magennis’ follow-up off the line.

The Addicks were on top but QPR levelled on the hour mark when Conor Washington drove inside from the left and hammered a low strike into the net from 12 yards out.

A brilliant Addicks counter attack ended with Marshall, operating at right-back, firing his shot wide as Charlton searched for goal number three and, on 66 minutes, Karlan Grant broke through one-on-one but was kept out by Matt Ingram.

Ten minutes from time, Grant almost bagged a wonder-goal. Collecting possession from Sarr in the centre circle, he breezed past a couple of challenges before rocketing a shot against the post, with Ingram well beaten.

It would have been some goal but the visitors did get their third just a couple of minutes later. A corner was only half cleared by Charlie Owens and Bauer powered the loose ball into the net with his head.

The lead only lasted a couple of minutes, however, and Rangers’ third leveller also came from a corner. Charlton failed to get rid of the danger initially and, after a second cross came into the box, Baptiste headed home.

A couple of free-kicks – from Grant and Marshall – almost handed the Addicks a stoppage time winner but both whistled wide, and the game ended level.