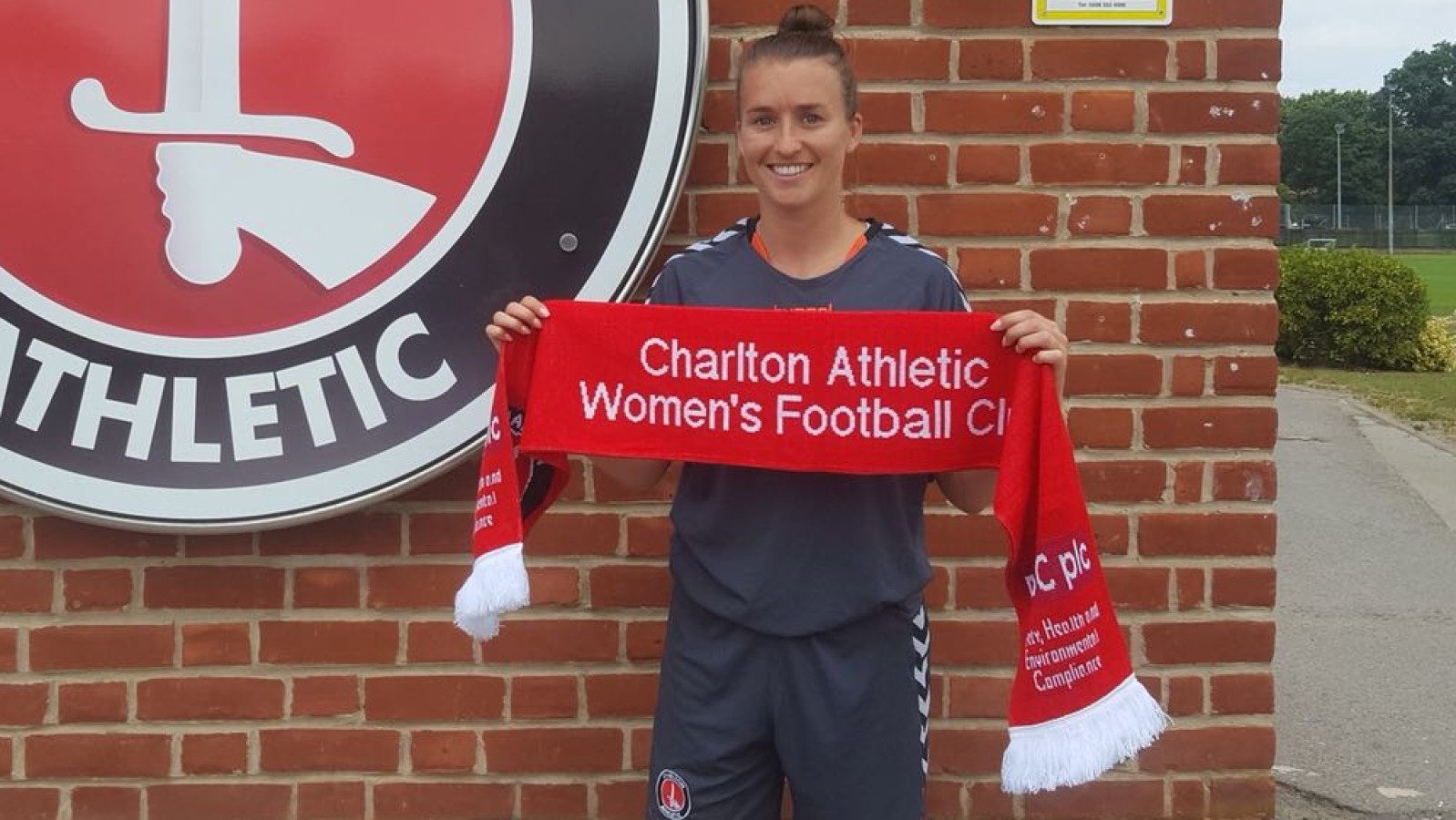 The midfielder joins the Addicks with previous experience in the top divisions in women’s football with Reading and Everton.

Speaking with Valley Pass Stobbs was pleased to make the move across to South London.

“When I spoke to Riteesh [Mishra] and [James] Marrs, it was clear it’s a club which I think I’ll fit in at, and I think they will push me to improve my game”

Having started her career playing in England with Chelsea, Stobbs moved to America in 2010 after receiving a scholarship where she played for Hofstra Pride.

Manager Riteesh Mishra is pleased to have secured another summer target.

“She’s got good technique which we knew from last season playing against her. She’s positive in 1v1 situations, her running capacity is very good, and the big thing for me is she’s got the confidence to compete at a higher level which I think is important for us.

“Early signs are she’s settling in well. She’s got a strong mindset, wants to be coached, and has the potential to be a leader.

She still has a lot to do in all areas to get to the level we want her to be at, but I have no doubts that she’ll work as hard as our squad have been over the past months, and she has what I think is a perfect opportunity for her to make a real impact at the club and this league.”