Charlton's World Cup predictors have their say on the semi-finals 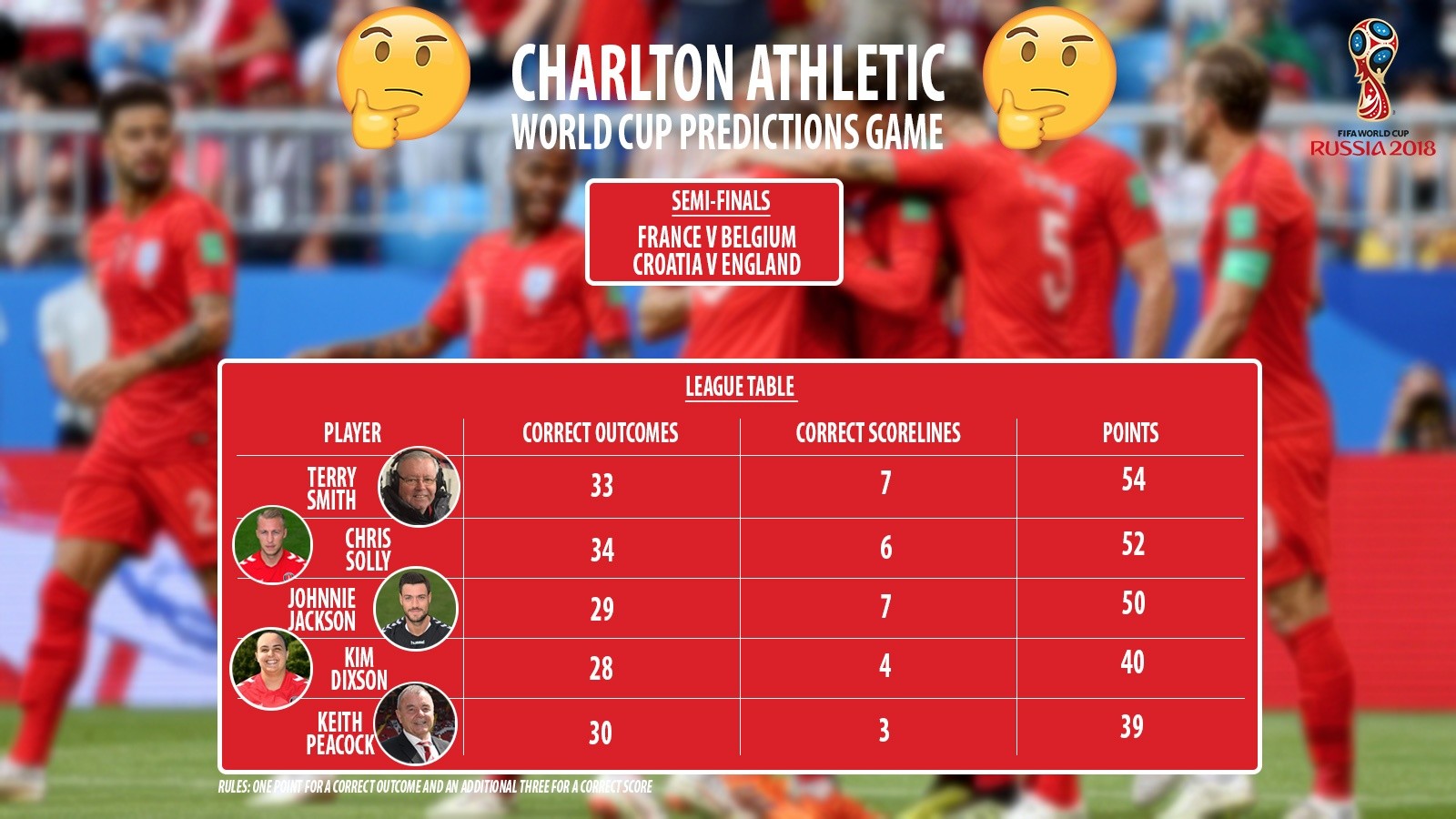 This summer’s FIFA World Cup is turning out to be a historic one for England, with the Three Lions claiming their spot in the semi-final stages for the first time in 28 years by easing past Sweden on Saturday.

The last four kicks off today in St Petersburg, with France facing Belgium (7pm UK time). France knocked out Uruguay and Belgium overcome the odds against Brazil in the quarter finals.

Then on Wednesday evening England will battle it out against Croatia (7pm UK time) at what will be the final-hosting Luzhniki stadium in Moscow, to decide whether England ‘Are Coming Home’ or if ‘Football is Coming’.

Charlton’s World Cup Predictors have submitted their scores for this week’s matches and they are available to view below. Above is the latest league table.