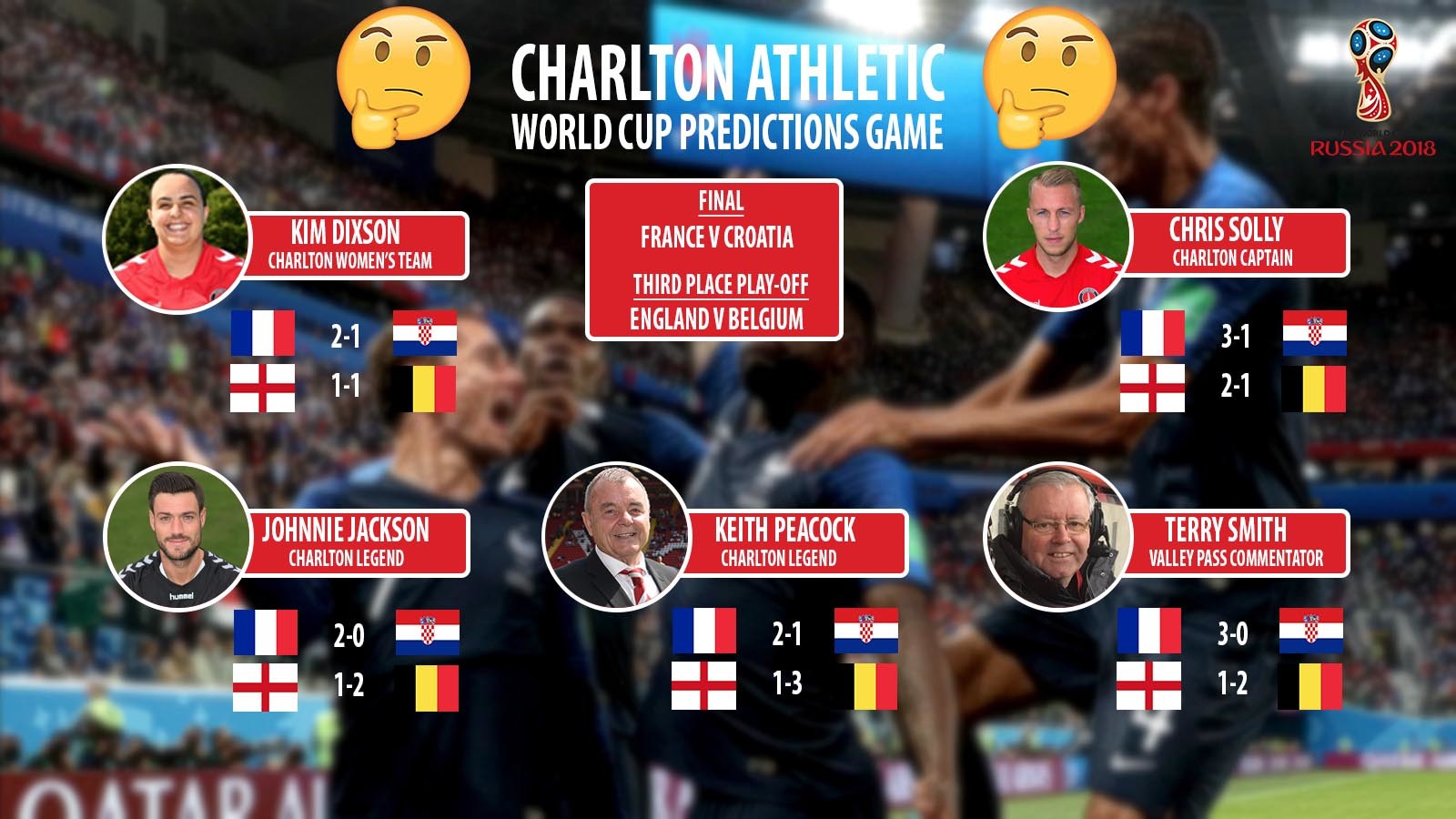 Les Bleus will take on Croatia at 4pm UK time, following the conclusion of the semi-finals earlier this week.

After a stunning, fifth-minute free-kick from Kieran Trippier on Wednesday night, it looked as if England could be set to contest a first final since 1966. But a strong fight-back from a very experienced Croatian team saw them come from behind to win in extra-time.

It was a cruel way to exit the competition for Gareth Southgate’s Three Lions – who had done the whole country proud – while 24 hours earlier France had beaten Belgium to secure a place in back-to-back major finals.

In Charlton’s prediction game, Valley Pass commentator Terry Smith leads the way but he could yet be caught by Chris Solly, who sits just one point behind.

Johnnie Jackson, in third, has an outside chance of taking the title while, in fourth and fifth, Keith Peacock and Kim Dixson are just playing for pride. See the latest table below and our Addicks' predictions above.