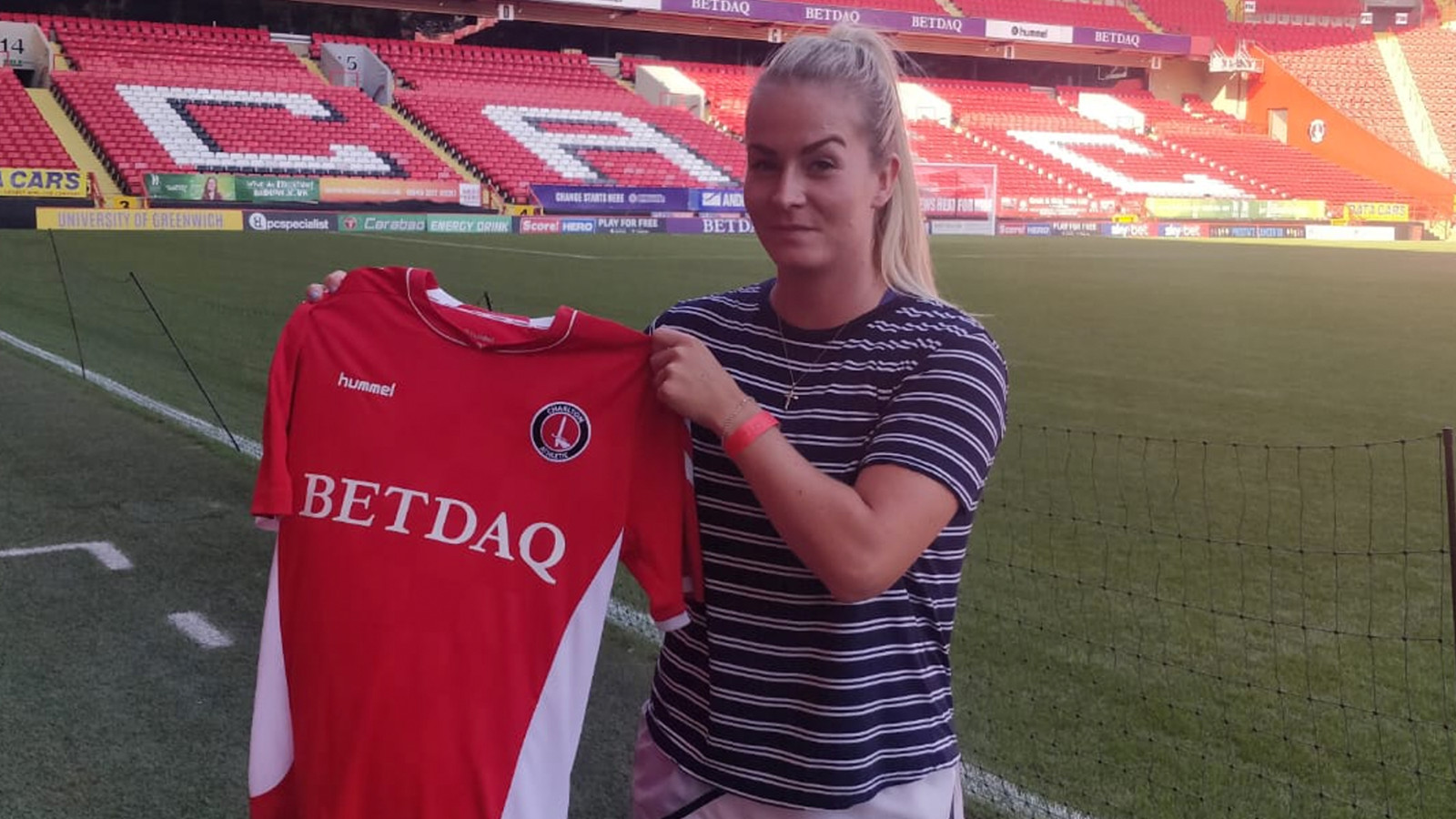 The Charlton women’s team are delighted to announce the signing of striker Lily Agg from German Frauen-Bundesliga Side One team, FFC Frankfurt.

Agg becomes the seventh player to join this summer, ahead of the women’s teams campaign in the inaugural FA Women’s Championship.

And the forward is excited about the prospects for the women’s team, as they step up a level. Agg notes that there is little between the Championship and the rebranded FA Women’s National League, from which they have just been promoted.

“It’s a challenge, of course, but one that the club is more than ready for” Agg said after signing. “I think it’s going to be a very exciting year.

“I had a few chats about how the club is, the set up and plans going forward. I think everyone’s really excited, the signings that have been made so far shows the intent of the club and where they want to be.

“I do think we’ve got a very strong team with the likes of Kit [Graham] and Gemma [Bryan] – nothing but goals – and then Gurrsy [Charlotte Gurr] who I played with at Brighton – really strong players all round.”

Apart from the chance to move back closer to family and friends, one contributing factor in Agg’s decision to join the Addicks was first team coach James Marrs, under whom she played with at Brighton.

“I know James [Marrs] ever so well. He is the best coach I’ve had and I know that every training session with him is going to make me better,” she added.

“On top of that, I’ve met the girls, who are a great group and have been really nice with me and made me feel really welcome.”

The striker had two separate spells with the Seagulls, graduating through their centre of excellence before taking in spells with Arsenal and Millwall Lionesses.

She returned to Brighton and helped them win the FA Women’s Premier League Championship Play Off, before moving to FA Women’s Super League One side Bristol City for the Spring Series in 2017.

Agg then made the switch to Germany, where she was part of the Frankfurt that finished sixth in the Frauen Bundesliga, behind the likes of Wolfsburg and Bayern Munich.

Describing herself as a player, Agg told us she was hard working. “I’ll leave nothing off the pitch and I will always give 100%. Like a tackle, like a header and like to score goals, hopefully.”

The Charlton Athletic women have a number of sponsorship options available for the upcoming season. For more information contact charltonwomen@yahoo.co.uk.