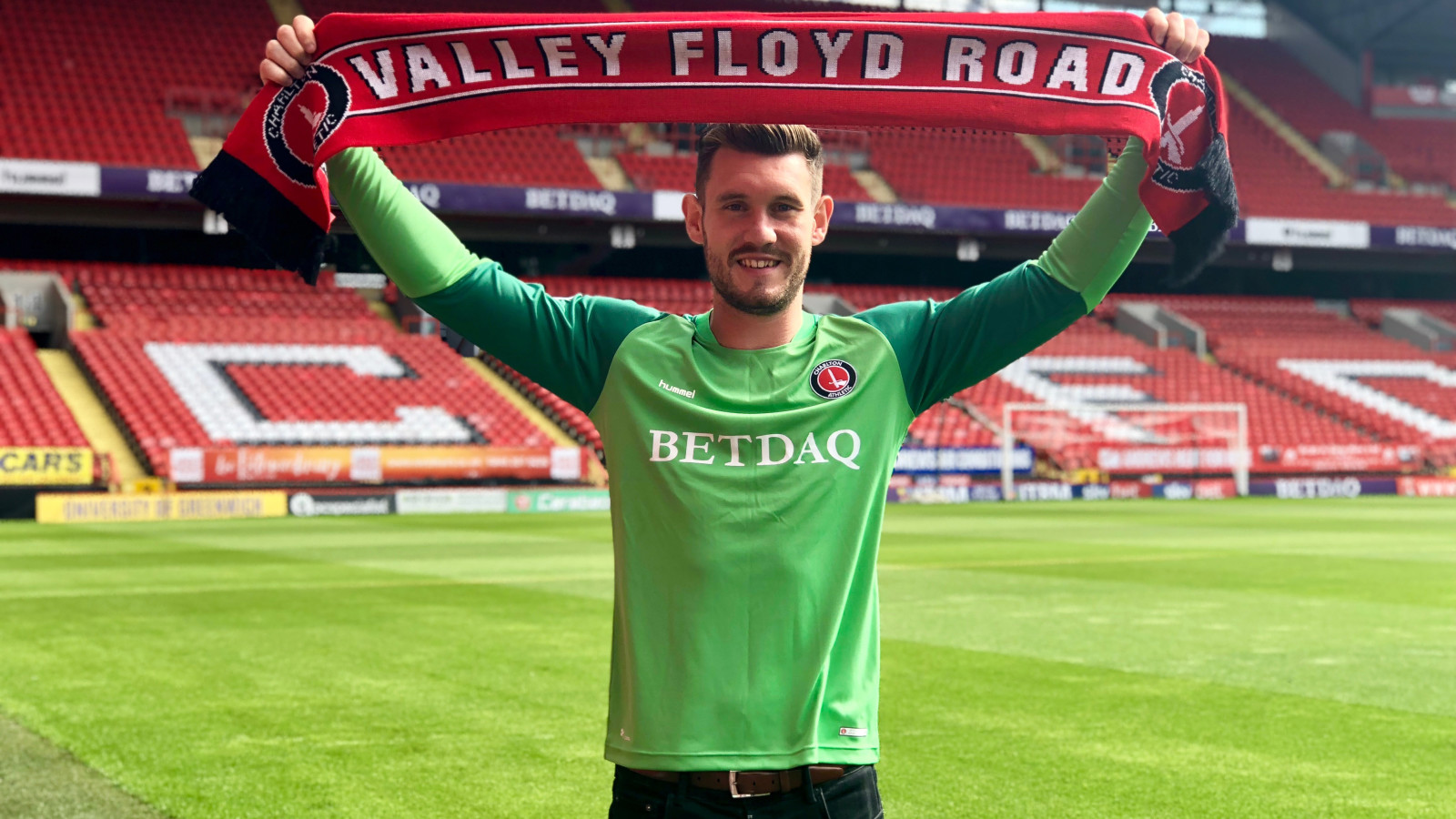 Charlton Athletic are delighted to confirm the signing of goalkeeper Jed Steer on a season-long loan deal from Aston Villa.

The highly-rated 25-year-old is the Addicks' third signing of the summer was a target for Charlton last season before the arrival of Ben Amos.

Steer, who played 38 times in the Championship with Huddersfield Town in 2015-16, will battle with Dillon Phillips to start in goal and Charlton manager Lee Bowyer was delighted to add the 6ft 2in stopper.

He said: “We’re pleased to have such a top keeper. I saw [Aston Villa manager] Steve Bruce in the summer and hinted I might need a bit of help in this window, so I’d like to thank him and Villa for loaning him because we’ve got a top keeper who played at the weekend in the Championship and now he’s going to be here competing for the number 1 spot with Dill. We always said we were going to bring in another keeper to compete because in every position you need to have a competition for places.”

Steer himself can’t wait to get his Charlton career underway. He said: “It feels great. Coming down here and seeing the size of the club and the stadium, I’ve played here before and, from the stadium, the fanbase, it’s a big club so I’m delighted to be here.

“I grew up going to the Charlton training ground when I was at the Academy at Norwich. I’ve been there loads and I am looking forward to going there and meeting the boys and hopefully fitting in nicely.”

Charlton's Head of Recruitment Steve Gallen revealed the Addicks have been watching Steer for a while. He said: “It’s something we’ve been working on the whole summer to be honest and it takes a lot of time and patience but we think we’ve got a very good goalkeeper, so it’s worth the wait.

“Lee Bowyer knows Steve Bruce really well, which helped. We were talking to Jed this time last year, in the end when we couldn’t get him we ended up getting Ben Amos. Obviously we’re delighted to get Jed and we’re hoping he does as well as Ben.

“He is a Championship goalkeeper, we know that. He played for Villa on Monday, it was live on TV, so we know we’ve got a very good goalkeeper coming in through the door. [He has] Composure, he can play, another left footer, he comes for crosses, he likes coming through the crowd and punching, he’s athletic, he’s mobile, he’s a good character which is an important thing with players coming into our club.”

Steer began his career at Norwich City and was capped at England U16, U17 and U19 level before securing a move to then Premier League outfit Aston Villa in 2013. He made his Premier League debut against Burnley in 2015.