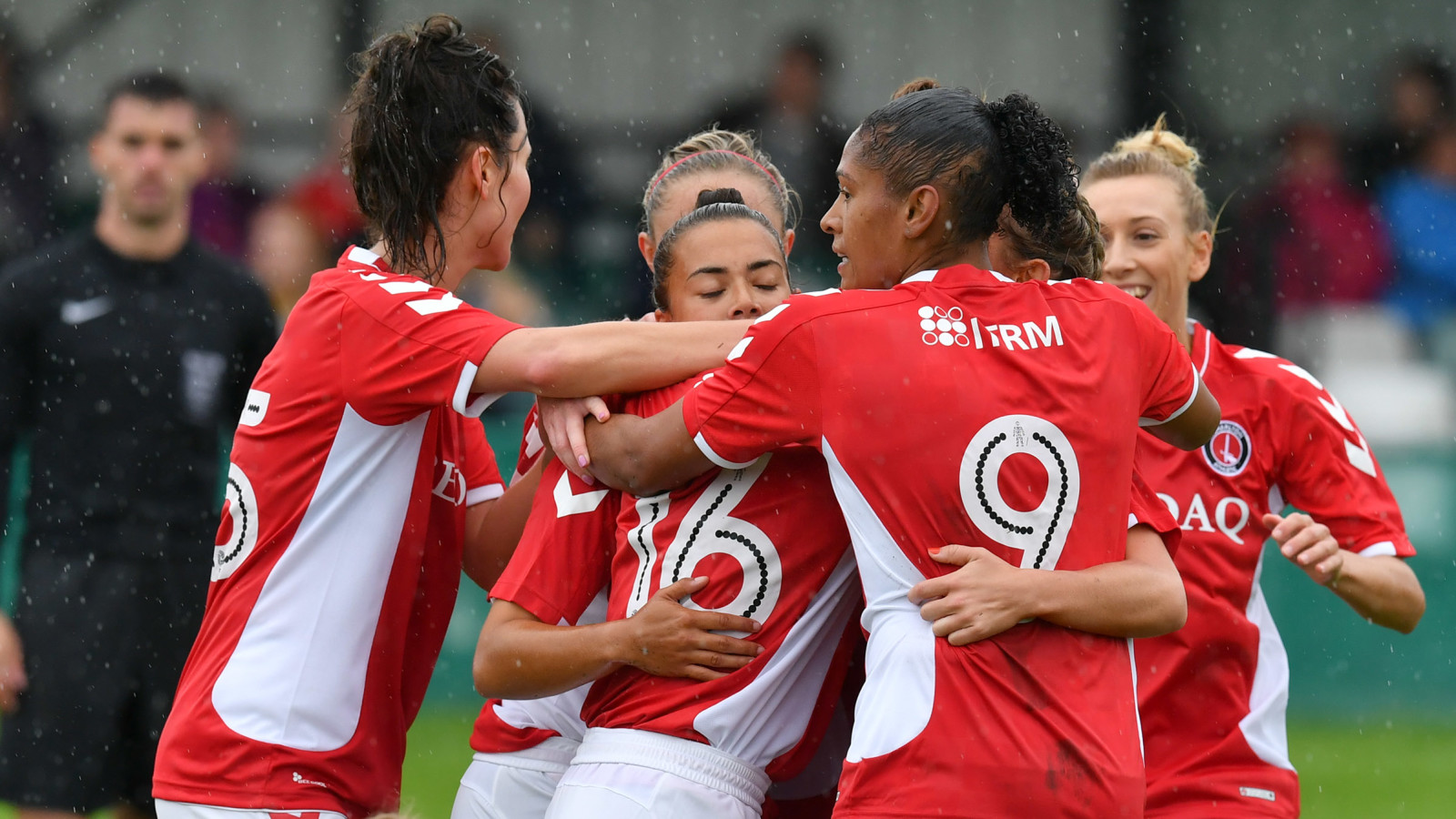 The Charlton Women’s team got their first win at new home The Oakwood on Sunday afternoon, as goals from Kit Graham, Ellie Bailes and Gemma Bryan saw the Addicks defeat local rivals Millwall in the FA Women’s Continental Cup.

The Addicks started the game brightly and it only took 10 minutes to break the deadlock, Elizabeta Ejupi fed a lovely ball to Graham who curled in a fantastic shot from 20 yards out to give Charlton the lead.

Millwall were inches away from equalising moments later, as Lucy Fitzgerald stole the ball off a Charlton defender and fired just wide of the post.

Charlton dominated play, passing well from the defence through to the attack. However, the visitors did get their leveller six minutes before the end of the first half against the run of play. A sloppy pass from Charlton gave the ball to Gabby Ravenscroft who calmly slotted the ball into the back of the net.

Millwall then took a shock lead on the brink of half time, as a miscommunication in the Charlton defence allowed Evie Clarke to tap in from close range.

The Addicks made a double substitution at half time in a bid to take back control of the game, with Grace Coombs and Charley Clifford replacing Amelia Ritchie and Hannah Wheeler.

Just three minutes into the second half Graham got her second of the game. Linking up well with fellow striker Bryan, the latter squared the ball into Graham who fired the Addicks level.

Charlton’s attacking mind-set continued, Bailes threaded a lovely ball into the path of Gurr who cut through the Millwall defence, but her effort was well saved by Grace Taylor

The Addicks went ahead on the hour mark, with Graham at the forefront of the attack yet again. Thundering down the wing she then squared the ball to Bailes who coolly netted the ball into the bottom corner.

Bryan then got herself on the scoresheet in the 83rd minute, as she rounded a Millwall defender and fired a powerful strike into the bottom corner to seal a deserved win for the Addicks.

Charlton face Aston Villa next, on Wednesday 19 September (7.45pm) at home in their first ever FA Women’s Championship game.