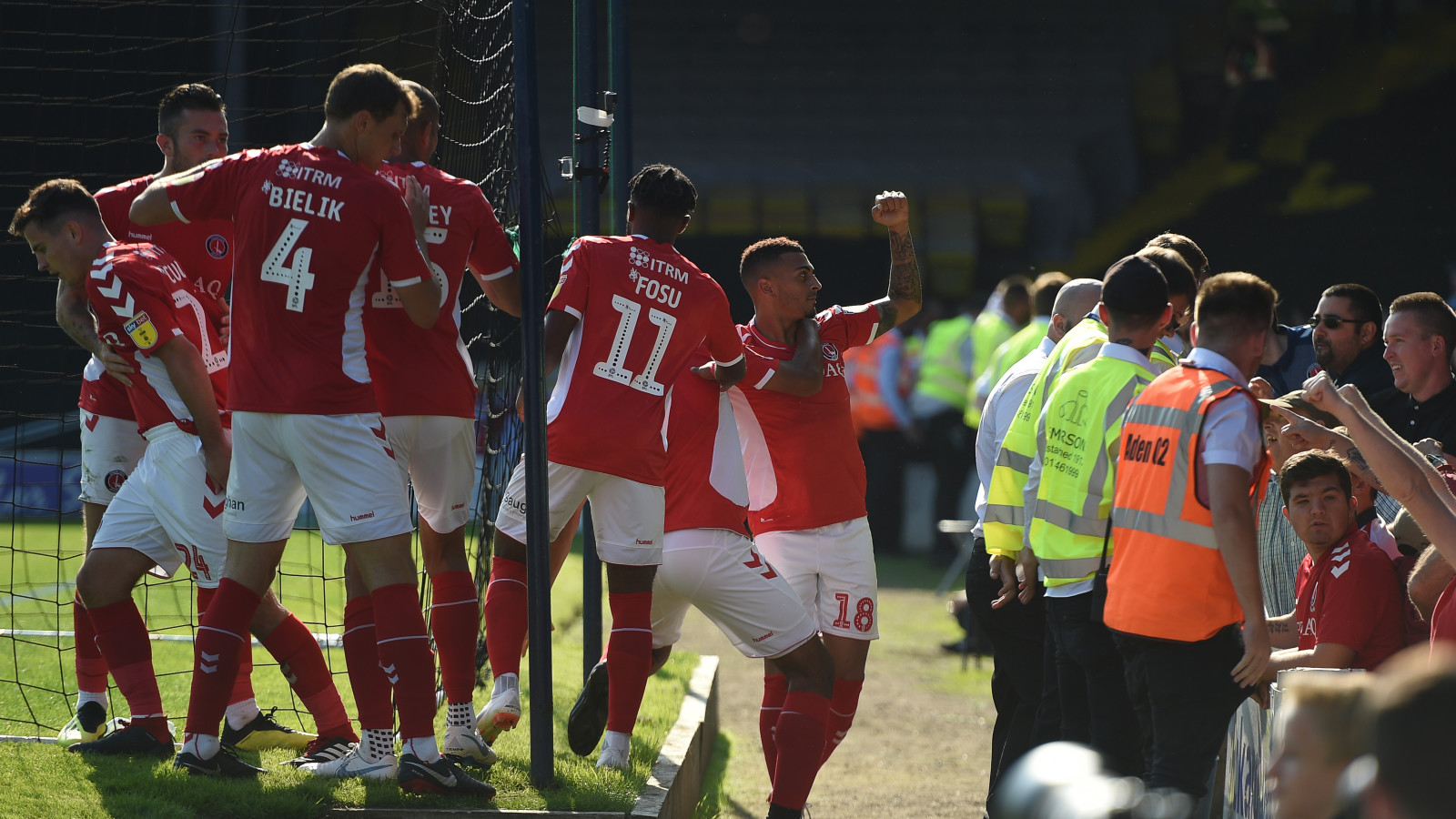 Charlton lifted themselves into the top half of the Sky Bet League One table after earning a hard-fought victory at Southend United on Saturday afternoon.

The match, which ended as 10 against nine after three late red cards, saw Lyle Taylor and Krystian Bielik hit the net for Lee Bowyer’s ever-improving Addicks.

Charlton currently sit tenth in the early-season table and extended highlights from the clash are available to watch on Valley Pass.

Peterborough United remain top of the league, despite dropping their first points of the season. They were held a 1-1 draw by Doncaster Rovers, in a game that saw Posh manager Steve Evans sent to the stands.

Portsmouth jumped back into second after recording a comfortable victory over Plymouth Argyle, who stay bottom.

Barnsley also rose one place and now sit third. They beat Gillingham 2-1 at Oakwell thanks to a double from imposing striker Kieffer Moore.

Fleetwood Town extended their unbeaten run to five games as they overcame Bradford City at Highbury Stadium, while Walsall continued their good form by picking up a point against Blackpool. The Saddlers have not beaten Blackpool at home in 118 years.

Accrington Stanley and Scunthorpe United, under the stewardship of new boss Stuart McCall, contested a 1-1 draw at the Wham Stadium. Wycombe Wanderers and Luton Town did likewise at Adams Park.

Karl Robinson’s Oxford United also earned a 1-1 draw, as they picked up a good point at Sunderland, and another 1-1 draw at the weekend saw Shrewsbury Town and Bristol Rovers share the points, a match in which Rovers’ Joe Martin was sent off.

Burton Albion thrashed AFC Wimbledon 3-0 and Rochdale were the only other League One club to win away from home on Saturday. Keith Hill’s men won 1-0 at Coventry City. The other side to win on the road was, of course, Charlton.

Watch the goals from Saturday's victory at Southend for FREE on Valley Pass. Simply register to watch.